Bulgaria: Welcome to the European Union 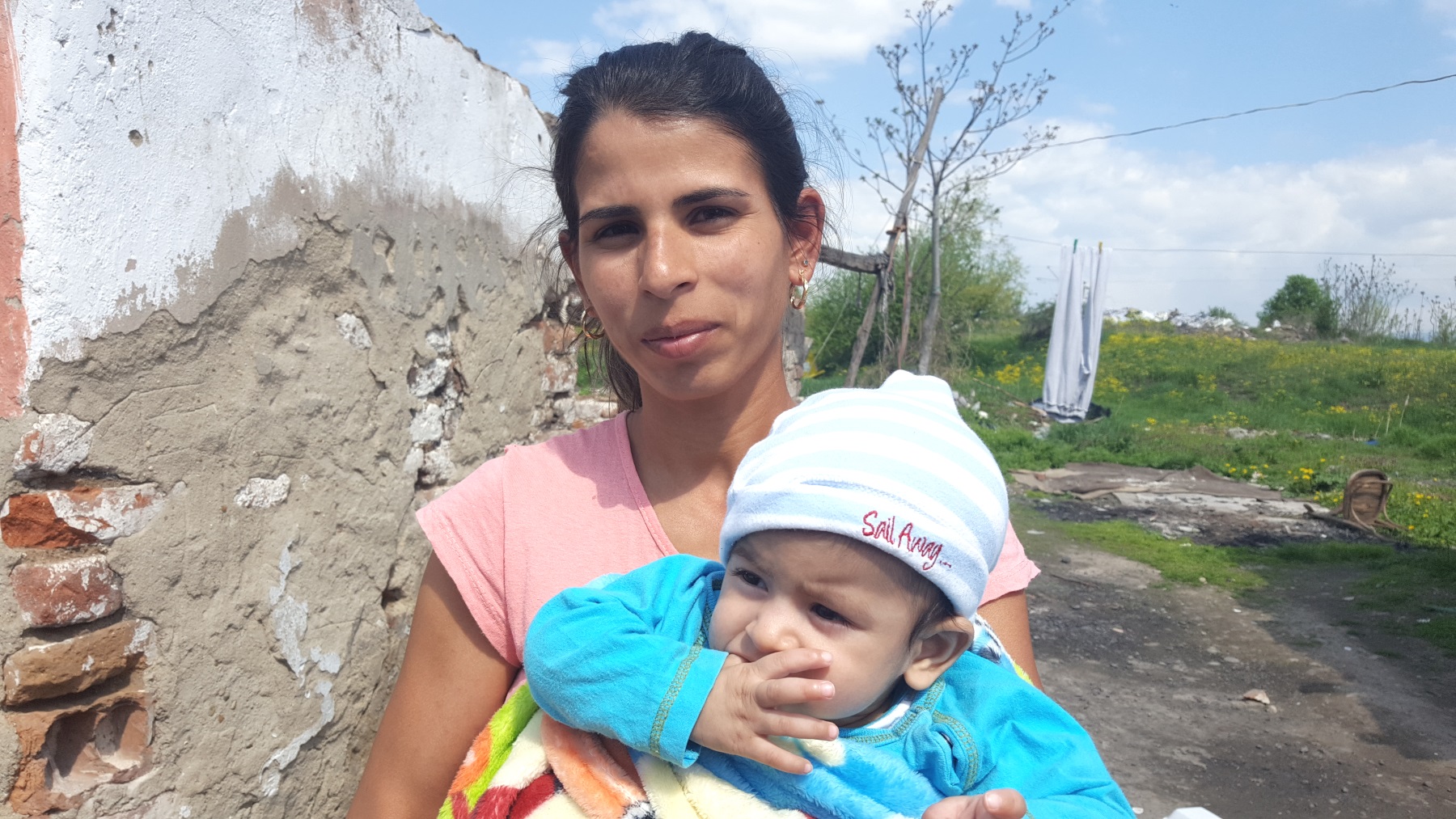 Tsveti is a six-year-old Bulgarian girl. With her family, she lives in Sofia, the country’s capital. The Orlandovtsi quarter, where she grew up, is located to the north of the Central Cemetery, 15 minutes from the city center.

She will always remember October 14th, 2017. That day, Sofia Municipality sent in heavy equipment and had a total of seventy houses destroyed, including the one built and inhabited by Tsveti’s family. All of a sudden, this vivid part of Sofia was a pile of rubble, which looked like a war zone, and still does.

“I really liked my room”, Tsveti says, as she gives a picture she drew to Antoaneta Nenkova, a board member of the Bulgarian Helsinki Committee (BHC). “Please give this to Mayor Fandakova and tell her.”

So, Tsveti’s room, where she felt secure, was suddenly gone. It looks like Sofia Municipality even had the right to destroy it, along with the little house her family had lived in, and the entire neighborhood. That is because those houses were built illegally.

On the other hand, City Hall could have taken a different approach: The neighborhood could have remained intact, in spite of the legality issue. The BHC’s Chairman, Krassimir Kanev, believes revenge was the Municipality’s motive to turn a Roma quarter into rubble.

“Last year, there was an unprecedented wave of demolitions and forced evictions. In some cases those evictions were (acts of) revenge”, Kanev says. According to him, this applied to the evictions in Sofia too: “There was a clash between a (non-Roma) Bulgarian group and a group of Roma. Then the Municipality went and demolished a number of houses, making the inhabitants essentially homeless.”

Two storks live in a stable looking nest they built on top of the modest tower of St. Petka Church. Here, things look fine. A small store across the street offers plums and the first strawberries of the season for average prices.

Families live in small houses, partially with tiny fenced in gardens. It is dusty in this area, in part due to the lack of paved sidewalks. Also, the wind just spread half the Sahara’s sand across Sofia, which is a regular occurrence. On top of that, Sofia is not exactly the cleanest city on Earth, in several ways.

But what can be seen just 300 meters away, defies description. Slums in Honduras look better than this neighborhood. Families live in former freight wagons and in make-shift tents made of plastic foil and wood.

There is one single water tap for everyone in the area. Dirty stray dogs sleep in the shade, while toddlers and bigger children play in the rubble and dirt.

The toilets here are holes dug into the ground. On top, the inhabitants have built little privacy cabins, using material they found in the trash. The hotter it gets, the more those toilets smell.

An 80-year-old, who suffers from diabetes and several other illnesses, pulls up his pant legs in order to show scars all over his legs. Then he opens his shirt and produces even more scars. Recently, he was in surgery. Now he has to live here, in the rubble, with little to no hygiene.

In the next wagon, a pregnant 28-year-old sits there, looking worried. How could anyone provide an appropriate environment for a baby here, in this Sofia quarter the Municipality destroyed?

Two men in their 40-s are drunk. A teenage boy seems stoned. Maybe he sniffed glue. He wouldn’t be the only young Roma to do so, causing severe damage to his brain cells.

“What is this?”, asks an elderly lady with dark red colored hair. “Where shall we live?” This lady is asking the obvious question, and the right one.

The Bulgarian Helsinki Committee says that while Sofia Municipality had the right to destroy the illegal houses, it broke European law by not providing alternative accommodations to the tens of families it made homeless in the blink of an eye.

“These houses were illegal. Yes, illegal construction should be stopped”, says the BHC’s Antoaneta Nenkova. “But you can’t just cast people adrift by placing them on the street.”

The NGO intends to bring up the situation and the appalling conditions these Bulgarian Roma live in during a meeting with Mayor Yordanka Fandakova.

Also, the BHC might take this case to the European Court of Human Rights, and the organization does have a good case indeed.

The legal aspects are one thing. But what about the moral part? In this regard, the city failed completely, and the situation has gotten quite complicated.

Those affected by the Bulgarian capital’s destructive frenzy now fear the authorities might take away their children, by saying they did not live in an appropriate environment. Yes, the social authorities could do so, because the city they are employed by felt the urge to destroy an entire neighborhood.

Many of the adults in the pile of rubble, which used to be a living place for many families, have jobs at a fish factory in the area. It is mostly the women who pack fish products eight hours per day, for salaries between 400 and 500 Leva (204 to 255 Euro).

This kind of money is not nearly enough to make ends meet. It would cover the rent for a small apartment here, in the outskirts of Sofia, but not the food or the electricity bills. Also, nobody would rent out an apartment to any Roma family from Orlandovtsi.

Discrimination and hate speech are wide spread in Bulgaria. Even one of the country’s Deputy Prime Ministers has called Bulgarians of Romani origin “ferocious anthropoids”, saying Roma women had “the instincts of stray bitches”, according to national and international media.

In the meantime, the conditions in Orlandovtsi have not improved a bit. But they will have to, and fast.

Those responsible for the destruction may have wanted to chase away as many Bulgarians of Roma origin as possible, in order to use the land they live on for different and possibly far more lucrative purposes, some NGO representatives believe.

Sofia Municipality might have thought nobody would notice or care, or that people would forget about the destruction of the 70 illegal, but needed, houses. It looks like they were wrong this time.

Marcel Moos: The Swiss who Keeps Austrian Goats in Bulgaria

Steinmeier at Yad Vashem: ‘The Worst Crime was Committed by My…