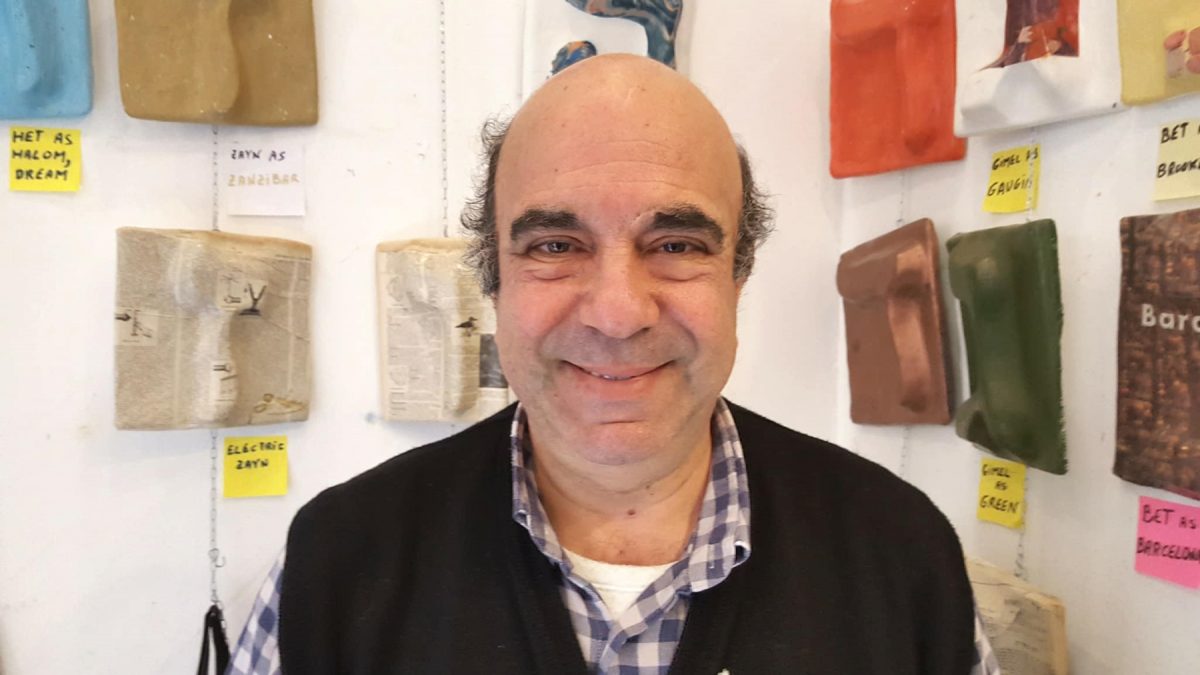 In the former Jewish Ghetto of Rome, countless kosher “milky” and “meaty” restaurants attract customers. Less than half of them are Jewish, the bigger half is made up of mostly foreign tourists.

One of the tiny shops in the Ghetto, located around the impressive synagogue, close to the bank of the Tiber, is the oldest Jewish bakery in town. For 200 years, it has been run by the same family. It is so well known that it does not even need a sign. Since it does not seem to need any renovation either, it still looks like it did in the 1950-s.

Two more corners ahead, Gabriele Levy opened his “Museum of Hebrew Letters” a few months ago. It is a cute little gallery-style shop which offers all Hebrew letters. And every single one of them is a piece of art.

Levy has many ideas. He makes his letters out of clay, stone, plastic, wood, and any material he finds. Every letter is unique. Most of them are dedicated to a person or an object which starts with the respective letter.

The artist makes letters in all sizes. They can be hung on walls or put on shelves. And he even makes rings. Working with metals such as gold is something he learned from a goldsmith, before he opened the store.

Gabriele Levy likes talking to the people who enter his little gallery.. “This is the only Hebrew letters shop in the world”, he says.

Sometimes, Jews from New York find the Hebrew Letters shop. “Many of them tell me I should come to New York City”, Levy states. “Who knows, maybe I could find a good place there.

If anyone is full of surprises, it is Gabriele Levy. He is actually a software engineer. “I felt like doing something different”, the 59-year-old tells his visitor.

Born in Buenos Aires, he somehow got to Turin. In 1980, he moved to Israel, where he became an artist in a kibbuz. Then he joined the army and wrote about a war he was part of, even though “it was not mine”.

He also studied in Israel. Management Engineering and Computer Sciences Engineering does not exactly sound like art, because it isn’t.

Much later, Gabriele Levy wrote about the secrets of the Hebrew alphabet. An idea was born, which he implemented just now.

One thing is certain: Levy’s Hebrew letters place is one of the most inventive shops in all of Rome. He does not just have multiple talents, but he is a very nice guy too.

The “Museum of Hebrew Letters” can be found in Via in Publicolis 47, Rome, Italy.