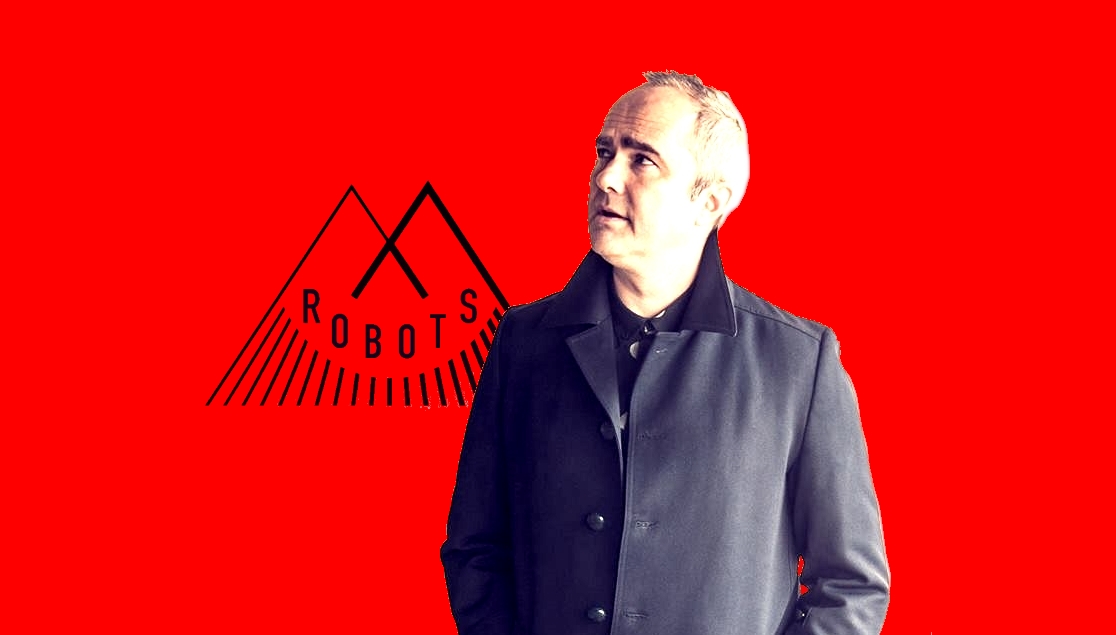 When The Brand New Heavies made landfall during the so-called Acid Jazz Revolution, the sounds they delivered were too funky and colorful to believe. They were a “Dream Come True”, for both their audiences and the group itself.

This band made sure the world kept on spinning. In 1997, some 21 years ago, they reached their “Highest High”, with the release of their brilliant album “Shelter”.

Sure, there were quite a few British Acid Jazz or Jazz Funk groups. All of them, including the James Taylor Quartet, Incognito and Jamiroquai, brought back brilliant 1970-s sounds, with a modern flavor.

One of the elements which made The Brand New Heavies stick out was the off beats, including those built into hits such as “Dream On Dreamer” or “Day By Day”. Jan Kincaid contributed a lot to those, as the Heavies’ drummer. He also composed and arranged tunes, and even sang.

More recently, lead singer Dawn Joseph and Jan Kincaid left that band, in order to found the MF Robots. Since then, they have been busy releasing uplifting, funky songs, and an entire album entitled “Music for Robots”. Also they started delivering great gigs.

Imanuel Marcus met Jan Kincaid some 12 years ago, when the Heavies hit his festival stage in Sofia. Now, after that big change, he caught up with him again.

The Berlin Spectator: “Music for Robots” is the MF Robots’ first album. It contains several very energetic dance Funk tunes. It seems you are very motivated and composing more than ever. Is this the case?

Jan Kincaid: It certainly is. I am revitalized by this project and really enjoying the process of being involved in a brand new project and band. The energy between myself and Dawn is really great, and everyone involved in this project, live and in the studio, is pushing in the same direction to make some great music and show it to the world.

The Berlin Spectator: “Sweet Harmony” is one of countless killer songs on the album. Where did you get that brilliant rhythm guitar intro? And which instrumentalists will you play with live?

Jan Kincaid: The intro came from just breaking down to some of the bare elements that make up this tune right at the beginning of the song, and building up the drama from there. The guitar line was played by Mark Beaney, a regular in the band and baddass player, as indeed the whole live band are. We go out with some great players on the road. The horn section consists of Graeme Flowers on the trumpet and Andrew Ross on sax, Naz Adamson on bass, Alex Montaque on keys we found after we made the record as I played all the keys on the album myself. Senab Adekunle supplies the backing vocals on the road, but Dawn and myself did them all on the record .We sometimes use different players live, depending on people’s availabilitiy, but try to stick to this lineup as much as possible.

The Berlin Spectator: This is a big endeavor. You have left a band which was your life project, or at least one of them, and you are coming up with something completely new. How does it feel to change horses in midstream?

Jan Kincaid: Some people probably thought I was crazy, but it was the right time for me to leave. The Heavies, my time in the band, had run its course. There were too many things not working within the way the band was being run without a manager, and there was too much disfunction in general, which was holding back progress and the music itself. Also my and Dawn’s creative input was starting to be resented. So, for all sorts of reasons the time was right to start our new thing. It was a little daunting at first but equally massively liberating. Making our album as MF Robots was really a celebration and us embracing that feeling of freedom, creatively and otherwise. Having a great small team around us who also believe in what we’re doing is also fantastic.

The Berlin Spectator: As you know, most Pop music released today is trash. People have been listening to this stuff on the radio and the internet for decades, until they started liking it. In today’s market, how difficult is it to establish a Funk band which delivers positive and bright quality sounds?

Jan Kincaid: It’s not really difficult, to be honest, if the drive is there to get it done and the music is good enough. It’s all about connecting with prospective fans and reaching your audience, you have to play the social media game to raise awareness, get your releases into the right shops and getting the right reviews. There seems to be less space available in mainstream paper magazines as they just seem to really be more concerned with out and out pop music or what they perceive will sell magazines. But where the mainstream support fails, there are a lot of good stations across the world on the internet and digital radio and some cool blogs which want to get behind this music. It has a lot of discerning fans around the world who want a little bit more than the norm of pop music, which does sound rather generic in both the songs, the artists and the production. I think delivering bright and positive music is more essential than ever right now. People want to feel positive about something and also maybe have a little bit of escapism from what they’re reading in the newspapers or seeing in the world.

The Berlin Spectator: As a drummer, Funk master and off-beats hero, how did you like the studio work for the album? Are you keen on playing these sounds live?

Jan Kincaid: Making album was a joy and putting these tracks together from the drums upwards was so much fun. There were only a handful of musicians on the record. My Brother Per played most of the bass lines, Ernie McKone played on one of them too. Guitars were either by Mark Beaney or Chris Franck, the horns were as I mentioned earlier, everything else was played by me. So far we’ve done around 12 gigs with this band and its been fantastic hearing the songs translated into the live setting. They take on a new life and grow and shift with such funky musicians playing them. The energy is electric whenever we throw it down and the audience response has been great. Dawn is a force of nature on stage and the crowds love her throwing down her funky thing.

The Berlin Spectator: Were The Brand New Heavies kept from touring more by their management? While other former “Acid Jazz” acts toured like crazy, the Heavies were sort of idle for quite a while. At least that’s what it seemed like from the outside. What was the problem?

Jan Kincaid: The Heavies weren’t kept from touring by management. For the last 5 years or so the band have not had a manager, and for me that’s when the problems already there became worse. The personalities involved are really responsible for where the band are at today. As a band you need to put out music regularly. This leads to more gigs and keeps you relevant in a very competitive market. It also depends on what you’re trying to do. A lot of the wind has died from the Heavies’ sails, the drive isn’t really there as far as I can see. All of these things add up, performing the same songs year in year out without really adding much on the way, of new material that matches older stuff, means you can quickly become just a “heritage“ act, not really building a new audience.

The Berlin Spectator: What are your plans with the MF Robots? How are you going to pull this off?

Jan Kincaid: We already are. We’ve released the album into the world now and are excited by how fantastic the response has been so far. There’s a big space for what we’re doing: quality modern soul music that provides a bridge between a golden past and an exciting future, good strong songwriting and music with edge and personality. We live in mundane times musically but there is also a lot of talent out there, and there are definitely people who are hungry for this kind of uplifting music that you can dance to. We’ve just got to try and reach as many people as possible in all kinds of ways, and bring them to the party. And it is a party!

The Berlin Spectator: Ready for the smartest question in this interview? What does MF stand for?

Jan Kincaid: Music For Robots, or, if you’re in the U.S., the M.F could mean something else. Haha. The name is ironic. There’s a lot of talk about artificial intelligence at the moment, automation in general. Also a lot of mediocre music being made in a production line fashion, with no edge or real individual personality to it. You’ve got pop hits being written by committee, sometimes with lots of writers on one song. It’s easy to be bland and much harder to create Music For Robots!

The MF Robots can be booked here.