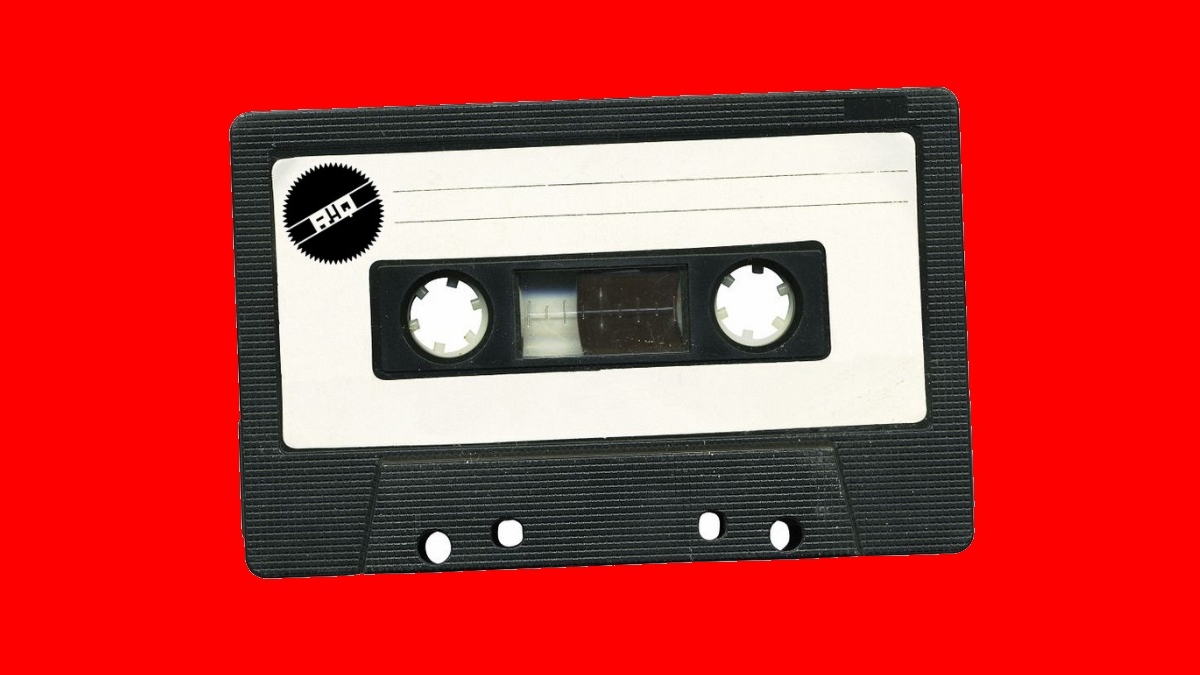 “I remember always having to use number 2 pencils to rewind cassette tapes”, says Ada L. Lee from San Francisco. “It was very time-consuming. sometimes I would just toss the tape and go buy another one. I lost some beautiful songs like that.”

Ada is not alone with that kind of experience. Earth, Wind & Fire tapes which got tangled up in car cassette players in the middle of the most brilliant tunes or similar dramas happened all the time in the 1970-s and 1980-s.

The so-called Compact Cassette transported everything, including love. Michael, a student who had a crush on Lynne, would spend hours piling up LP records with the right songs, for a mix tape he would record for her.

Some Barclay James Harvest would be part of that one, “A Horse With No Name” by the band America, some Gordon Lightfoot and maybe 10cc.

In order to get the job done, Michael would need a tape deck, a record player, and an amplifier which would connect the two devices. In case he would screw up a transition between two songs, he would have to start from scratch, before his crush would receive her gift.

“Cassette tapes. I had just forgotten about those. Now you are reminding me”, says Holger Weins, a sound engineer from Germany.

“The worst part about those things is that cassette tapes weren’t supposed to work at all. On those narrow tapes, each stereo channel got 0.6 millimeters. This meant the sound quality would suffer. But somehow it mostly didn’t. No clue why.”

Good cassette players and recorders would squeeze those tapes for every bit of sound they had. But when those Compact Cassettes got older and were heavily used, even the most expensive Nakamichi or Tascam tape recorder was not good enough to avoid “catastrophes”.

Weins was never a fan of those cassette tapes: “I always preferred tape on reels, which I recorded, played and edited on real tape machines. Whoever invented the cassette tape should have been jailed.”

Indeed there were issues. One of them was known as crosstalk. This meant the narrow tape could not be held properly inside the tape player, once it got worn out. It would move to the side. This meant part of side B would be played with side A, but backwards.

Or the tape in the cassette would just tear apart due to fatigue. The worst-case scenario was tangled up tape. In those instances, neither the tape nor the player would be usable anymore, until the last bit of wrecked tape was taken out of there.

In spite of the fact that issues like these did happen all the time, even radio stations relied on cassette tapes, e.g. for their jingles. They would have more advanced tape machines capable of finding the cue point.

Stations with large budgets would get so-called cart machines. But even those carts, which actually were cassettes too, would easily break. How many radio show intros were screwed up because of failing cassette tapes? Nobody knows.

Still, there is nothing like finding a mix tape, recorded in 1981. Two instrumentals from Santana’s 1979 album “Marathon” were included on that one, along with the title track “Interview” by Gentle Giant, and a tune from the 1975 Soft Machine album. A killer tape.

There is more. The cassette tape brought us the Walkman, long before the portable CD player annoyed all of us by skipping portions of every single tune when moved. But why on Earth would a portable player not be moved?

The cassette was also a status symbol among high school students. Some would be able to afford Memorex or BASF Chrome tapes, others would have to use cheaper ones.

It all started in Nazi Germany. In 1935, AEG engineers came up with the first open tape machine. In 1963, 55 years ago, the Dutch giant Philips introduced the Compact Cassette. Sony’s Walkman followed in 1979.

There were two kinds of tapes: Pre-recorded and empty ones. Albums by musicians would be available on both LP record and cassette tape. Empty tapes would be used for taping music from the radio, or from LPs, and for speech recordings.

In spite of technical issues, the cassette tape was successful and made manufacturers a lot of money. Still, it is the invention which should not have worked, for technical reasons.

Holger Weins is happy he will never have to touch “that stuff” again, ever: “Cassette tapes are trash.”

Bulgaria’s Kavarna: Where the Sun Rises in the North