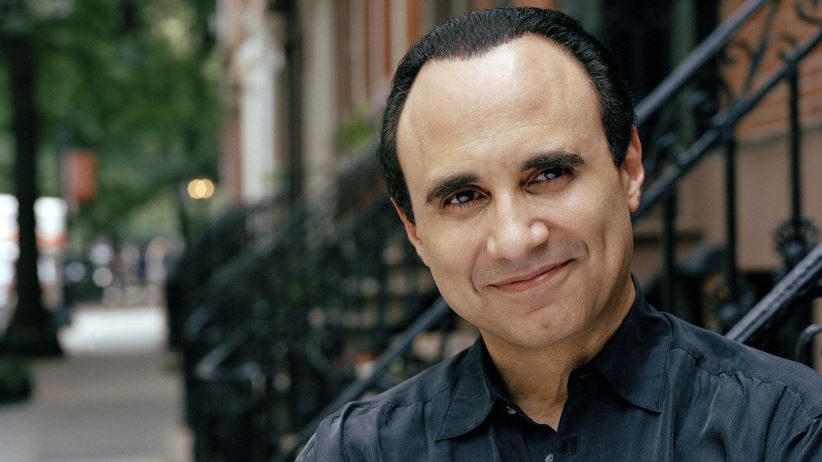 There are Jazz pianists and there is Michel Camilo. This guy is one of a kind. He definitely is the Don of Latin Jazz on the piano, since his playing is simply breathtaking. For the first time ever, that word is truly appropriate.

Michael Camilo will stun every single person in his audience. That is exactly what will be happening this fall, when he is scheduled to perform in Europe, including one single gig in Germany.

Camilo is from the Dominican Republic, where he first saw the light of the world in 1954 in Santo Domingo. Early on, his parents gave him an accordion. But what he was even more interested in was a piano, which he got a little later, when he was 10.

In Santo Domingo, Michael Camilo was educated well. As a teenager, he was already part of the National Symphony Orchestra of the Dominican Republic. And he loved listening to old Jazz recordings by Art Tatum and Scott Joplin.

An American college Jazz band came to Santo Domingo one day. When the band leader heard Michael Camilo jam one night, he walked up to him and told him to come to the United States. The rest is history.

Camilo came to New York City, where he studied at both Mannes College and Julliard.

A few years later, saxophonist and clarinetist Paquito D’Rivera, a Cuban genius who had been a member of the stunning group Irakere before he fled the communist Island, offered Camilo a place in his band. More collaborations followed.

Then Michel Camilo started recording his own albums, lots of them. In 2000, a recording he released with flamenco guitarist Tomatito got him a well-deserved Grammy Award.

It gets better: Michel Camilo, the Don of Latin Jazz, the master himself, the brilliant genius, will tour Europe in the fall of 2018, after performing at the Blue Note in New York City six nights in a row, starting on October 30th, 2018.

Camilo will be at the Baerum Kulturhus in Sandvika, Norway, in November 8th and at the Theater Casino in the Swiss town of Zug on November 9th. On the 10th, the brilliant pianist will hit the stage at the Rudolfinum in Prague, Czechia, with Tomatito, before coming to Germany for one single performance.

At the Asam Hotel in the Bavarian town of Straubing, Michal Camilo will deliver a solo piano gig on November 11th. On the 12th, he will be on stage at Zala Bulgaria in Sofia. Two Spanish festivals will follow afterwards. On November 15th, he will invade the Festival Internacional de Jazz de Madrid at the Fernan Gomez Centro Cultural De La Villa, in the capital.

On the 16th, it will be the Festival Jazz de Zaragoza at the Auditorio de Zaragoza. Camilo’s last European gig, this time around, will take place at the Philharmonie Hall in Luxembourg City on November 20th. Here, he will team up with the two other members of his trio as well as the entire Luxembourg Jazz Orchestra.