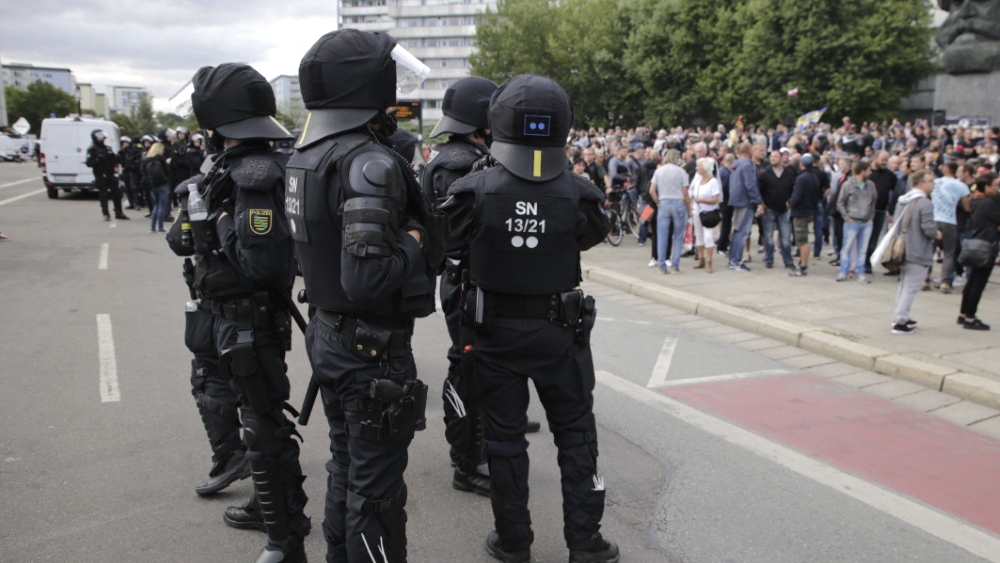 The world is asking itself what is going on in Germany. Germany itself is asking itself the same thing. Photos of Nazis giving the Hitler salute appeared all over the place, along with reports about a radical mob hunting down people it identified as foreigners.

In Chemnitz, the latest events are worrisome indeed. A young man gets stabbed and dies at Chemnitz’ city festival. The suspects are foreigners from Syria and Iraq. Then that hunt begins. At a Nazi protest, violence erupts and several people are injured, while the police in Saxony makes mistake after mistake.

First they prevent a TV team from working, only because one protester, who turns out to be employed by the State Office of Criminal Investigations in Saxony, says the team had broken the law by filming him, as he was provoking the reporters. Later, the province’s police chief apologizes.

Then things get a lot worse. While that Nazi mob terrorizes the city, there are not enough police officers on site. But those in charge do come up with lots of explanations afterwards. They had underestimated the numbers, the police chief states.

During the following days, the federal government condemns the “hunt for people with a different look or of a different origin, and the attempt of spreading hatred in the streets”. The government would not tolerate this kind of behavior, Chancellor Angela Merkel’s spokesman Steffen Seibert said on Monday.

On Tuesday, Merkel herself stated the events which took place in Chemnitz were “not acceptable in a nation of law.” Interior Minister Horst Seehofer offered support to Saxony, after it became obvious the police on site was overchallenged.

According to sources in Chemnitz, members of the radical right-wing parties AfD, NPD and ‘The Third Way’ were part of the Nazi protest with a total of 6000 participants (2000 had been counted at first), while a smaller counter-protest took place too.

Hans-Peter Stauch, a member of the AfD’s parliamentary group in the state parliament of Baden-Wuerttemberg, was proud to be part of the Nazi demonstration. “In case I will be asked where I was on August 27th, 2018, when the mood tipped over: Yes, I was part of it, in Chemnitz!”, he twittered.

Even reporters on site were molested and threatened by Nazis. The German-language publication ‘Spiegel Online’ interviewed several media representatives who said they did not feel safe in Chemnitz, also because there had not been enough police officers who could have stopped the Nazis.

Now, two days after these latest moments of shame, a lot of advice has come in. The country should not accept this kind of behavior on the streets. Of course not. Vigilantism and hate need to be fought. Definitely. But, in reality, these statements are not exactly new. Neither are stories about xenophobic mobs or police mistakes in Saxony.

Also, accusations are being made. The liberal FDP’s deputy chairman Wolfang Kubicki said the root for the rampage in Saxony was Mrs. Merkel’s migration policy. He also criticized Saxony’s government by saying it had downplayed the radical right-wing network in its province for too long.

A few hours before, Saxony’s governor (‘Ministerpräsident’) Michael Kretschmer, a member of Merkel’s CDU, had condemned the Nazi mob, but defended his police force who had “done an excellent job.” He also tried to defend his province. “The State of Saxony is capable of acting and it is indeed acting.” The way he said it, and because he said it, doubts about this very question grew.

The only high-ranking politician who tried to spread some optimism was Foreign Minister Heiko Maas. He said what had happened in Chemnitz had not made Germany look good abroad. But he believed “the majority of people who live in Germany want an open-minded, tolerant country in which people treat each other with respect.”

All of these events, in Dresden, in Chemnitz and elsewhere, are an alarming symptom. There are dangerous tendencies, especially in Eastern Germany, nobody has been able to curb for years. The Nazi mob on the streets is only the tip of the iceberg.

Millions of Germans do not carry their hatred to the streets, but to the voting booth. They do not hunt down people who might look a little different, but they have developed hate against foreigners anyway. And they will vote for politicians who share their view.

The latest polls for Saxony, Saxony-Anhalt and Thuringia are alarming indeed. In all three Eastern German provinces, the radical right-wing AfD now has the support of at least 20 percent of the voters. They are now the second-strongest party in those German states. How far will this go?

What will happen? What is the strategy the federal and province governments want to apply in order to turn around the mostly young men who became Nazis? How will the authorities protect people who look different? How will they stop the hatred on the streets and at the voting booth? What will they do to defend freedom and democracy? The number of new answers in the deteriorating situation stands at zero. To some, Germany seems to be helpless in the brown flood.