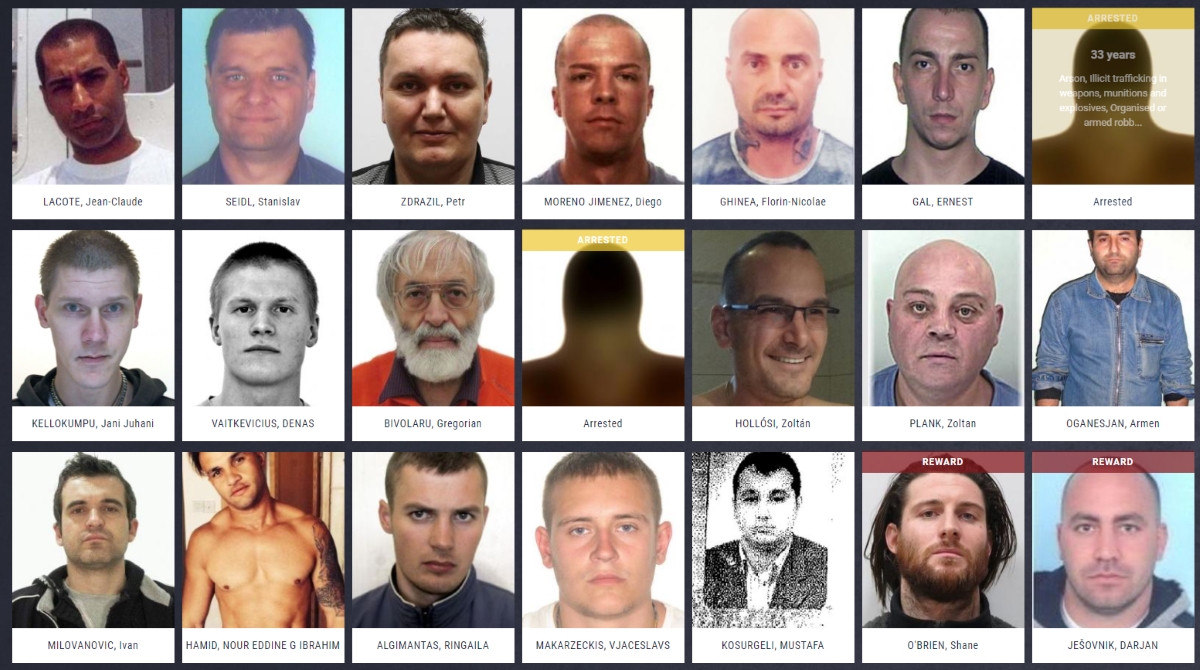 Europe has learned from the United States. None other than J. Edgar Hoover discussed the idea of a list of the most wanted criminals with a journalist in 1949. Soon it became clear that American newspaper readers were lusting for true crime stories, including reports about investigations and especially about suspects.

The Federal Bureau of Investigation, also known as the F.B.I., knew what it did when it released its first list of the ten most wanted fugitives on March 14, 1950. It worked. With that list, the Bureau could put some of the most wanted behind bars quickly.

It would take decades, until something called the Internet came along. Now absolutely everyone had the opportunity to check the “F.B.I. Ten Most Wanted List”. This lead to even more arrests.

Recently, the F.B.I.’s list received a relaunch, an oil change, new brake pads and additions. Apart from the 10 most wanted, the Americans are now listing wanted terrorists, both international and domestic, along with other fugitives, kidnappers and bank robbers. Some of their missing person cases are also part of their secondary lists.

In Europe, things took a little longer. Only 66 years later, in early 2016, Hoover’s idea was borrowed. Europol now has a list of dozens of men, and some women, who are being sought. Of course this is about more than just stealing a pack of chewing gums at a supermarket.

The European list works as well. Recently, Europol was able to apprehend a Romanian suspect with the initials A.M.. This gentleman was taken into custody in Argentina, “where he was living a luxurious lifestyle”, according to Europol. His crime is tax evasion, for which he had been sentenced to eight years in prison, before he fled.

In the case of this luxury enthusiast, Romanian authorities cooperated with colleagues in Spain, Germany, from Europol, Interpol and even the U.S. Marhals Service. Europol made the point that information exchange played a big role. A.M. was the 42nd fugitive from the European list who was arrested. This adds up to an average of some 21 arrests per year. Splendid.

Europe’s Most Wanted Fugitives list is something like the phone book of dangerous criminals. The individuals listed are being accused of human trafficking, armed robbery, large-scale fraud and of course murder. Islamist terrorists are on this list as well.

But hunting the criminals and suspects on the list is only a small part of what Europol does. On a regular basis, they take down organized crime rings which sell drugs or illegal streaming services, while effectively fighting human trafficking.

The European Union Agency for Law Enforcement Cooperation, Europol is its abbreviation, was previously divided into two authorities, the European Police Office and the Europol Drugs Unit. These organizations now work more effectively since they were combined.

Europol keeps on staging very useful operations. Its European Union Internet Referral Unit recently cooperated with national police authorities in several countries while targeting terrorist content on the Internet. More than 900 instances of terrorist propaganda were found and flagged. Then it was up to the platform moderators to take that kind of content down.

During that operation, Europol highlighted what it called “emerging patterns in terrorists abusing online platforms and promoting content intending to radicalize, recruit and propagate terrorist activities.”

The action against online terrorist propaganda focused mainly on material by media outlets affiliated with the so-called “Islamic State” and “al-Qaeda”.

Europol’s Most Wanted Fugitives list can be accessed here.

‘Corona’ for Breakfast: The Beauty of Early Feeder Flights