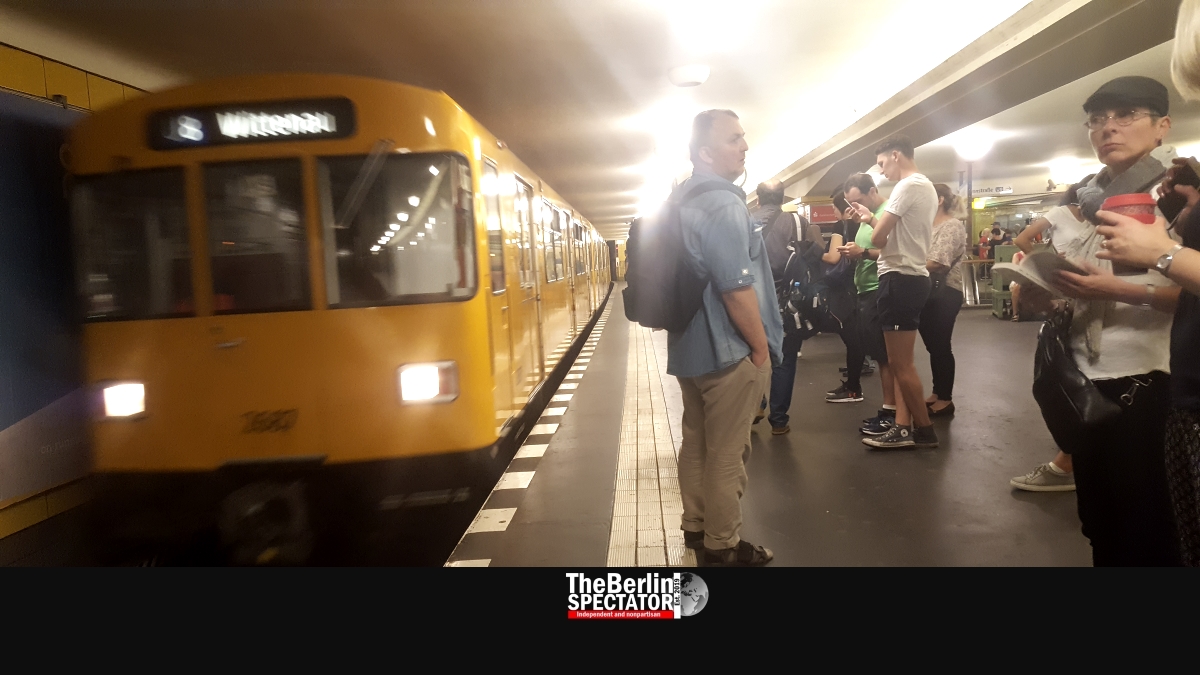 At first glance it looks like even Tom Cruise, or Ethan Hunt, would not be able to lead this mission impossible to success: The Berlin Senate intends to decriminalize fare-dodging in the city’s public transport provided by the Berlin Transport Authority (BVG) and Deutsche Bahn.

Berlin’s left-wing ruling coalition, consisting of the Social Democrats (SPD), the socialist ‘Left’ (Die Linke) and the Greens (Die Grünen), does not see why individuals who use the public transport multiple times without tickets should be charged in front of courts and even put in jail if they do not pay the fines, usually because they can not afford the tickets or the fines.

While enforcing new rules in the Berlin Senate is not an issue for the Governing Mayor of Berlin, Michael Müller and his partners, this kind of endeavor, decriminalizing fare-dodging, would require a new law which would be valid beyond the Berlin city limits too, in all of Germany.

What would Ethan Hunt do? Maybe he would jump on a government plane during takeoff, break into courts in order to destroy criminal files of fare-dodgers and do damage amounting to billions.

The Berlin Senate is taking a slightly different approach. Those governing the German capital are not the only ones who believe the step they want to take is necessary, meaning the natural way would be to team up with those who have the same goal.

Judges and prosecutors agree with the Senate. Their motivation is to disburden the courts. The latter are forced to waste a lot of time and manpower on fare-dodging cases, instead of dealing with far more important ones.

In a recent interview with the German-language daily Berliner Morgenpost, Berlin’s Attorney General Margarete Koppers even said taking a public transport ride without a ticket should not even be a petty offense anymore. That way the courts would not have to process opposition procedures, meaning another time killer would disappear.

All of this, changing the laws and rules accordingly, would not mean fare-dodging would be legal. In Berlin, those who get caught have to pay a fine in the amount of 60 Euro (68.75 U.S. Dollars or 53.79 GBP). This would not change. Bailiffs would probably still collect unpaid fines. But the practice of charging and putting people in jail for not paying would end.

Mayor Müller believes the effort the authorities are putting into penalizing fare-dodgers is huge, in relation to the offense itself.

But of course not everyone shares Müller’s or the Berlin Senate’s opinion. For instance the Berlin Transport Authority is not enthusiastic at all. “People would be indignant if someone stole a bread roll without being punished”, a BVG spokeslady told the Morgenpost. Comparisons like this one sound pretty convincing to some.

Conservatives in the Senate do not like the initiative either. There are even voices in Mayor Müller’s own party, the SPD, who refuse to agree to the mission impossible. From the perspective of the Senate, the problem is that Angela Merkel’s conservatives are strong in the Bundestag and they are not likely to agree to the initiative which is being prepared by Berlin’s Administration of Justice as we speak.

The BVG covers all of Berlin, an area of 892 square kilometers (344 square miles). Combined, their trams, buses and subways (U-Bahn) travel 410,000 kilometers (254,762 miles) every single day, which is more than the distance from the Earth to the Moon.

In 2018 alone, 563 million passengers were transported by the U-Bahn, 440 million by bus, 197 million by tram and 1 million by the few ferries they run on the Spree river. It is a big endeavor. And the S-Bahn, another train system in Berlin, is not even included here since it is being run by Deutsche Bahn.

For now, fare-dodgers who do not pay their fines will be in serious trouble. At some point they will have the choice of either paying or going to jail, if they do it repeatedly. If the Berlin Senate gets its way they will still have to pay, but at least they would have a jail-free card.

Tom Cruise, or Ethan Hunt, would probably purchase tickets, unless he is in a high-speed motorcycle chase through subway stations.