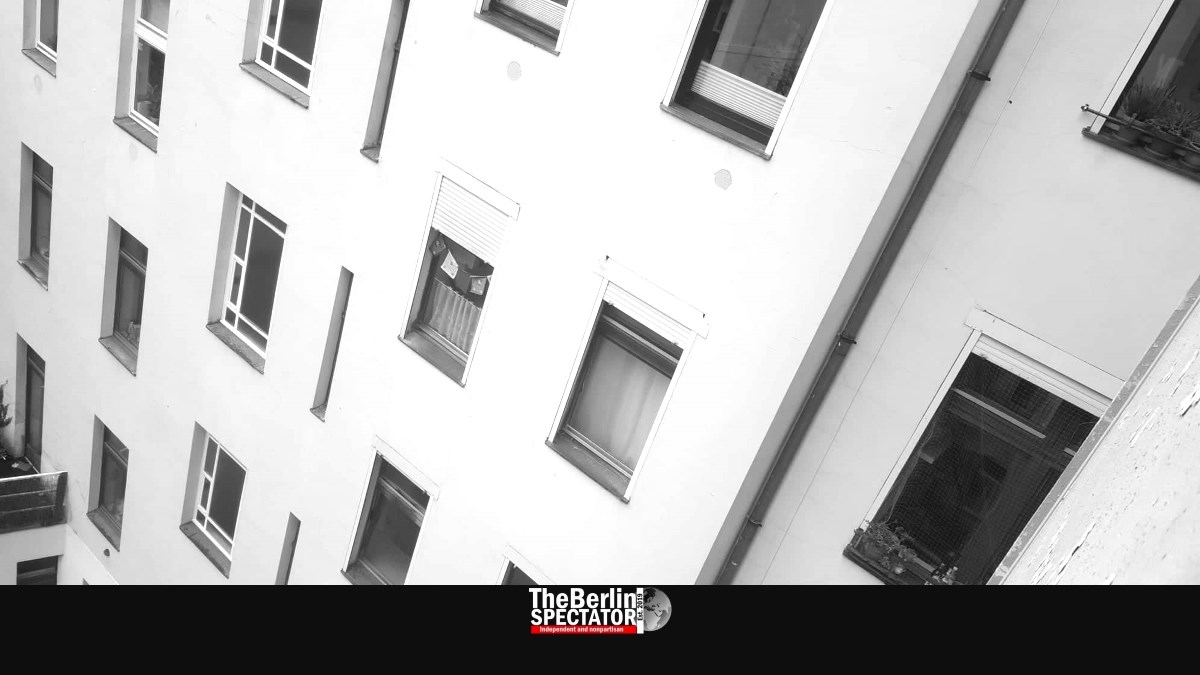 The object “can be vacated upon consultation”, it says in an ad on a highly frequented real estate website called Immobilienscout 24. The house was erected in 2014 “on a divine property with a lot of sun”. Whoever intends to move into this house will have 500 square meters at his or her disposal.

Seven rooms are being offered here, countless “designer bathrooms”, an expensive kitchen and a terrace which occupies “the entire southern side of the villa.” There are dressing rooms too, and a sauna.

So, is there a housing shortage in Berlin? Individuals who are ready to put 4.99 million Euro (5.68 million U.S. Dollars or 4.46 million GBP) on the table for this awesome offer will not even notice.

There are ‘real people’ as well, people ‘like you and me’, tens of thousands of them, who want to have roofs above their heads too, but who do not have funds of this kind. They are students, Berliners with low salaries, jobless residents and social welfare recipients who need affordable rental apartments.

Hussein, an expat from Yemen who came to the German capital a week ago intends to study mechanical engineering at Humboldt University. He thought the task of finding an apartment in Berlin was going to be as easy as pie, like it is in his home town Sana’a.

This week he took the U-Bahn, Berlin’s subway, to the Pankow quarter in order to check out a one-room place with nice wooden floors, a modern kitchen and a great looking bathroom for 500 Euro per month. Everything could have been fine, had there not been 200 more potential tenants standing in line to view that very same apartment.

African expatriates, young men from different Arabic countries, a young German who just did his PhD, countless students and many other frustrated people wanted to see that nice place and fill out a form a blonde lady from the rental company brought along. The problem: For the 200 people waiting she had only 20 forms.

Who is the lucky one? Hussein? The PhD guy? The shy African lady on the 5th place in line who speaks German with a Berlin accent? The bearded guy, 2 meters tall, who is trying to flirt with a female student he shares the front of the line with?

Other one-room apartments offered, elsewhere in Berlin, are not nearly as beautiful or spacious as the one in Pankow, but almost as expensive. In an ugly high rise in Lichtenberg, sandwiched between a loud 6-lane street and a huge construction site, another small real estate company wants to rent out several one-bedroom places.

These apartments are so tiny they will not even accommodate a full-size bed and a desk, and the guy with the key is unfriendly as hell. Still he can hardly save himself from all the people who want to rent what he calls apartments.

In the northeastern part of the city, the former East Berlin which was the capital of the GDR, communist style high rises dominate the scenery. This quarter called Marzahn does not provide any beauty. But over here they offer comfortable two-bedroom apartments for the price of one-bedroom places located closer to the center. Yes, it’s either space and ugliness or no space with beauty.

But even out here, more than 100 people viewed one single apartment in three shifts. Most of those who clearly state they want to rent this place will not even hear from the landlord again.

Deutsche Wohnen is not only one of the largest rental companies in Berlin, but also one of the leading market-listed companies of this kind in Europe. They own exactly 163,100 rental apartments all over Germany. In Berlin alone, they run twelve ‘service points’ at which they give out keys to potential tenants who want to take a peek at vacant apartments.

One lady at Deutsche Wohnen says that up to 800 people want to rent every single apartment they offer. Rental companies and private landlords are being drowned in e-mails. But if they wanted to accommodate everyone, they would have to squeeze hundreds of beds into every bedroom they have.

Michael Müller, a social democrat (SPD) has been the Mayor of Berlin since 2014. In 2016, he formed a Senate coalition with the socialists from ‘The Left’ and the Greens. Müller and his partners signed a coalition agreement in which providing affordable housing is a top priority.

“We know people are worried about not being able to afford their rent in prosperous Berlin anymore”, the document reads. “Therefore, one of the focal points of the red-red-green coalition is the creation of affordable apartments.” “Red-red-green” refers to the colors of the parties involved in the unconventional left-wing coalition which governs Berlin.

The agreement they signed sounds great, but the implementation of those big plans has not gotten too far. Since Müller became Mayor some four years ago, close to a thousand affordable apartments were built and added to the market. In Berlin dimensions this amounts to almost nothing.

Hussein from Yemen will probably not find an affordable apartment in the next few months. Neither will the young doctor or the African lady who actually seemed more like a Berliner, or most of the 200 prospects from Pankow, those from Marzahn or those who are searching in all parts of Berlin.

The Berlin Senate makes real estate companies provide affordable housing. Whoever builds rental apartment blocks will have to offer a certain percentage of affordable apartments. At first, 25 percent of them had to be cheap in comparison. In 2017, the mandatory rate was increased to 30 percent.

But did those measures lead to any improvement? Apparently not. Additional problems, such as discrimination and fraud in the real estate market, have not been resolved either. It is safe to say that Berlin is still in an affordable housing crisis.

At this stage, there does not seem to be any light at the end of the tunnel. Except there is an idea supported by many Berliners, especially those from the left-wing spectrum, poor students and pensioners. The word of the day is dispossession.

The Tagesspiegel daily reports, a Berlin initiative was preparing a referendum in which residents would decide whether the city will dispossess large real estate companies such as Deutsche Wohnen. According to a poll, 54.8 percent of all Berliners are in favor of a measure of this kind. They are hoping housing in the big city will become social that way.