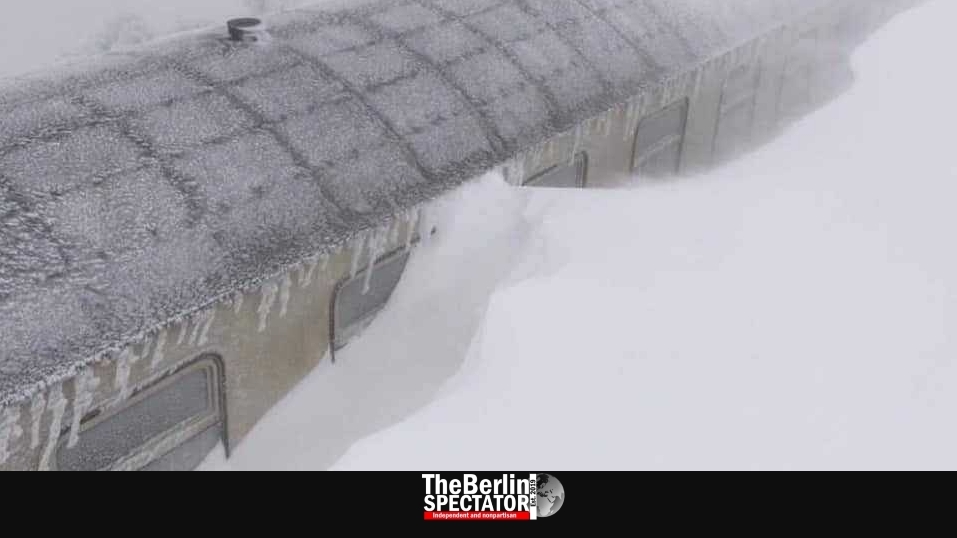 Weather forecasters in Germany have painted a grim picture for the coming days. Since more snow is on its way, the situation in parts of Bavaria will like deteriorate. Another Bavarian county, Garmisch-Partenkirchen, was just declared a disaster zone. The counties Bad Tölz-Wolfratshausen, Miesbach, Traunstein and parts of Berchtesgadener Land had been on the disaster list before.

In cases like these, the administrative district office coordinate the deployment of fire brigades, the Federal Agency for Technical Relief and volunteers. The German army is active as well. In Berchtesgaden, soldiers had to rescue patients of an asthma clinic in track vehicles. They also transported food to municipalities cut off from the rest of the world by all the snow.

Along with other helpers, Bundeswehr soldiers were also busy removing tons of snow from buildings. Several sports halls were closed to the public because their roofs might collapse. Eleven years ago, 15 people died in a gymnasium in the town of Bad Reichenhall, when its roof gave in to the snow.

At Munich’s Franz Josef Strauss Airport, as many as 110 flights were cancelled on Friday. While 90 of them were scrapped due to the snowfall, 20 more were called off because of air traffic controller strikes in Italy. A spokesperson at the airport said the airlines were the ones who decided about the cancellation of flights.

Many train connections in Bavaria and neighboring Austria were not in operation. On the Federal Freeway A8, countless vehicles got stuck in a blizzard on Thursday night. The Red Cross set up service points on the Autobahn, in order to provide hot tea and snacks to the drivers and their passengers. A similar situation with stuck vehicles was reported from the German-Austrian border.

The snow was also blamed for far more than 100 road accidents since Wednesday. In Munich the authorities said the S-Bahn (city train) was delayed on several lines, because of fallen trees on the tracks. Passengers had to expect longer travel times.

Several skiing slopes in Bavaria remained closed. Avalanche warnings are in place in both Bavaria and Austria. Hikes and sleigh riding are forbidden around Berchtesgaden as well as in other areas. Trees pose a danger, since they keep on falling under all the snow.

So far twelve residents in Bavaria and Austria have been killed in weather-related accidents since the snow crisis began.

In the meantime, the next problem is a foregone conclusion. That is because more snow is on its way. For Bavaria, forecasters predicted heavy snowfall over the weekend and early next week.

Europe: Ford to Lay Off Thousands