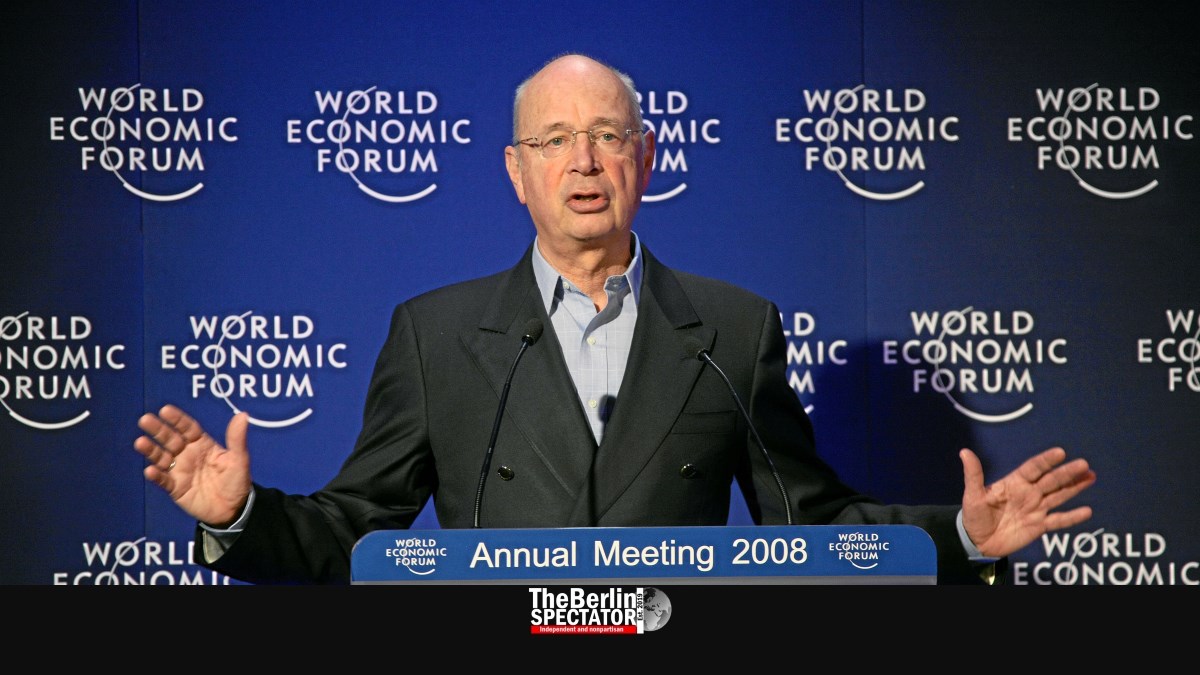 When the world is in trouble, the World Economic Forum (WEF) is too. The event, founded by the economist Klaus Schwab and organized by a foundation by the same name, takes place at a beautiful location. Since it all started, countless heads of state and heads of government, and even more experts and ministers, have discussed many of the world’s conflicts and other problems at the WEF’s Davos location in the Swiss Alps. They even resolved some of them.

This time, things are difficult, to say the least. Some of the most important figures in world politics and the world economy are not coming this time. This applies to President Donald Trump and his Trade, Finance and Foreign Secretaries Ross, Mnuchin and Pompeo, President Emmanuel Macron, President Xi Jinping and President Vladimir Putin (most likely).

It’s not like everyone is keen to deal with Trump, but governments in Europe and elsewhere had hoped he would talk to the Chinese leadership about settling the trade war between the United States and China. In case it escalates further, which it might in March, which is what some analysts and CEOs of large companies are already expecting, this could have unpleasant consequences for the world economy.

President Macron is still dealing with protests staged by so-called Yellow Vests, who have been staging partially violent protests for months. Therefore, one of the leading European politicians, the man with visions, will not be there when he is being needed most, at a difficult moment for the European Union.

The World Economic Forum has always said it was “committed to improving the state of the world”. Will this be possible with so much trouble looming on the horizon?

In the United Kingdom, Prime Minister Theresa May is talking about “Plan B” without having anything in stock, according to politicians in Berlin and elsewhere on the continent. Now that a No-Deal Brexit seems to be more probable than even yesterday, more and more governments are worried about bad ramifications here too.

Syria and other parts of the Middle East are exploding, there are tensions in the Sea of China and in Ukraine. Within the E.U., Poland and Hungary are not playing ball.

The fact that certain people are not coming to Davos is a problem. But this applies the other way around too. There is one man, apart from Trump and Putin, many participants wish they would not have to deal with: Brazil’s new President Jair Bolsonaro.

His stance on same-sex marriage, abortion, the LGBT community, other minorities and even women is not just raising eyebrows, but causing real worries. Some fear there might be another player who is ready to lever out common values, at a time in which Trump, Putin, Erdoğan and even some E.U. governments are causing big headaches already. Will welcoming Bolsonaro be as difficult as welcoming Trump a year ago? Probably.

At least there is one man who will not be deterred that easily: Klaus Schwab, the German founder of the WEF. His intention is to keep on believing in dialogue, no matter how many autocrats and right-wing populists he has to welcome to his important event.

The World Economic Forum was founded in 1971. The 2019 event, which commences on Tuesday, is the 49th one. In the past decades, many ideas were discussed in Davos and many foes, or former foes, shook hands in the Alps, like Frederik de Klerk and Nelson Mandela did in 1992.

On a regular basis, thousands have protested against the WEF, saying globalization and capitalism were causing more poverty in the world, along with other problems.