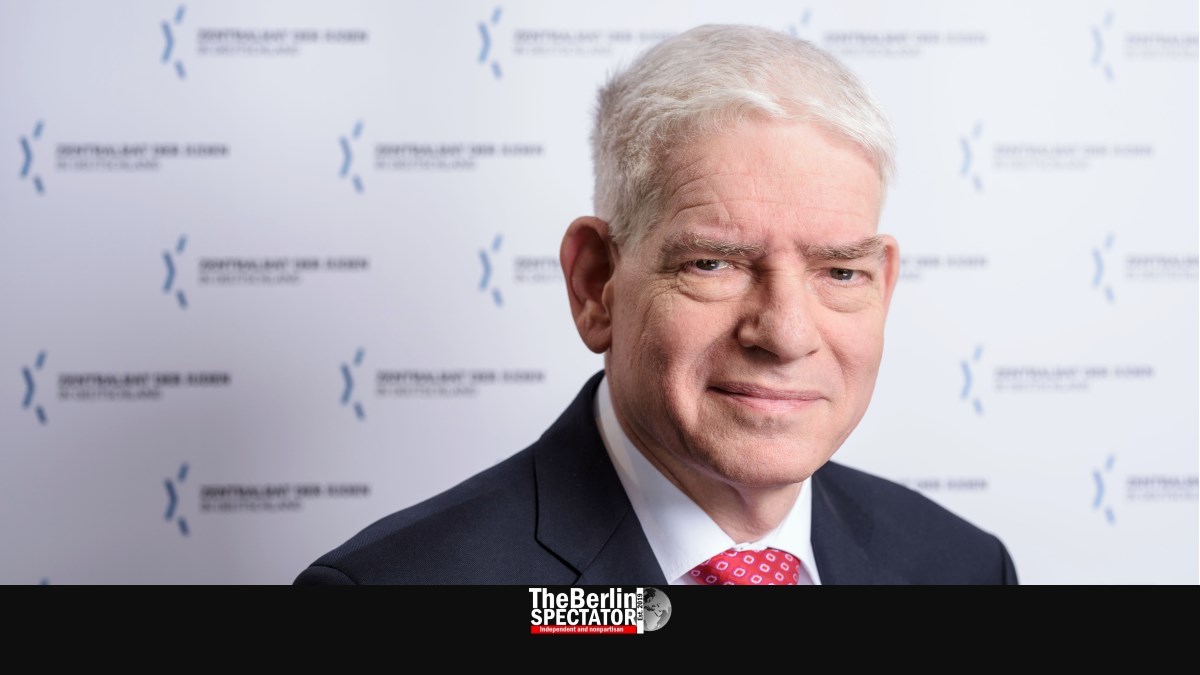 Photo: Josef Schuster, by the Central Council of Jews in Germany
Share

Three days before Holocaust Remembrance Day, the Central Council of Jews in Germany warned historical amnesia was spreading in both Germany and Europe. According to the organization, a lack of knowledge about recent history, including the Holocaust, was observable. Especially the young generations were affected.

An additional issue was a lack of empathy with Holocaust victims, 74 years after the liberation of Nazi Germany’s concentration and death camps, a statement read.

“Historical amnesia is dangerous”, the President of the Central Council, Josef Schuster, said. “With increasing concern, we are already observing how right-wing populists are taking advantage of the situation. They intend to trivialize Nazi crimes.” Schuster stated the lack of empathy with the victims of the Shoah lead to indifference. “But there can never be indifference towards Auschwitz.”

He said students should have the possibility to get “an emotional access to historic events.” Visits to “authentic sites”, meaning memorials at former concentration camps, should be “a regular occurrence”, Schuster stressed. But a good preparation and postprocessing was necessary.

Founded in 1950, five years after the unconditional surrender of Nazi Germany, the Central Council of Jews in Germany has become a strong voice for the members of the community. It reaches most of the country via German-language media, including the government and the opposition.

The Council combines 23 state associations as well as 105 Jewish congregations with a total of around 98,000 members. Both the representation of interests and structure formation are among the organization’s tasks. It also has an advisory function in education and culture.

For many years, the Berlin Bundestag has observed Holocaust Memoral Day on an annual basis. Last year, Dr. Anita Lasker-Wallfisch held the main speech. With her sister, she survived Auschwitz and Bergen-Belsen. In 1946, she emigrated to England.

In the meantime, Charlotte Knobloch, the former President of the Central Council, said she was receiving threats and insults since she had labelled the radical right-wing party ‘AfD’ anti-constitutional at the Bavarian state parliament yesterday.

Knobloch, a Holocaust survivor who is 86 years old and head of the Jewish congregation in Munich, told the Augsburger Allgemeine Daily she was getting those threats by e-mail and telephone “almost by the minute”.

On Wednesday, she had said the so-called ‘Alternative for Germany’ based its policies on hatred and exclusion. The moment she had said so, most members of the ‘AfD’ caucus in the state parliament had gotten up and left the plenary hall.

In a reaction to the events in Munich, Ronald S. Lauder, the President of the World Jewish Council, slammed the ‘AfD’. “It is absolutely disgusting and pathetic that elected officials from an extremist far-right German party should have the gall to walk out on a Holocaust survivor during a speech commemorating Holocaust memory, simply for being called out for the hateful historical revisionism which has been its hallmark,” Lauder said.

“I would say that the AfD should be ashamed of itself, but shame is far too sentimental of a word to describe such a hateful movement”, he stated.