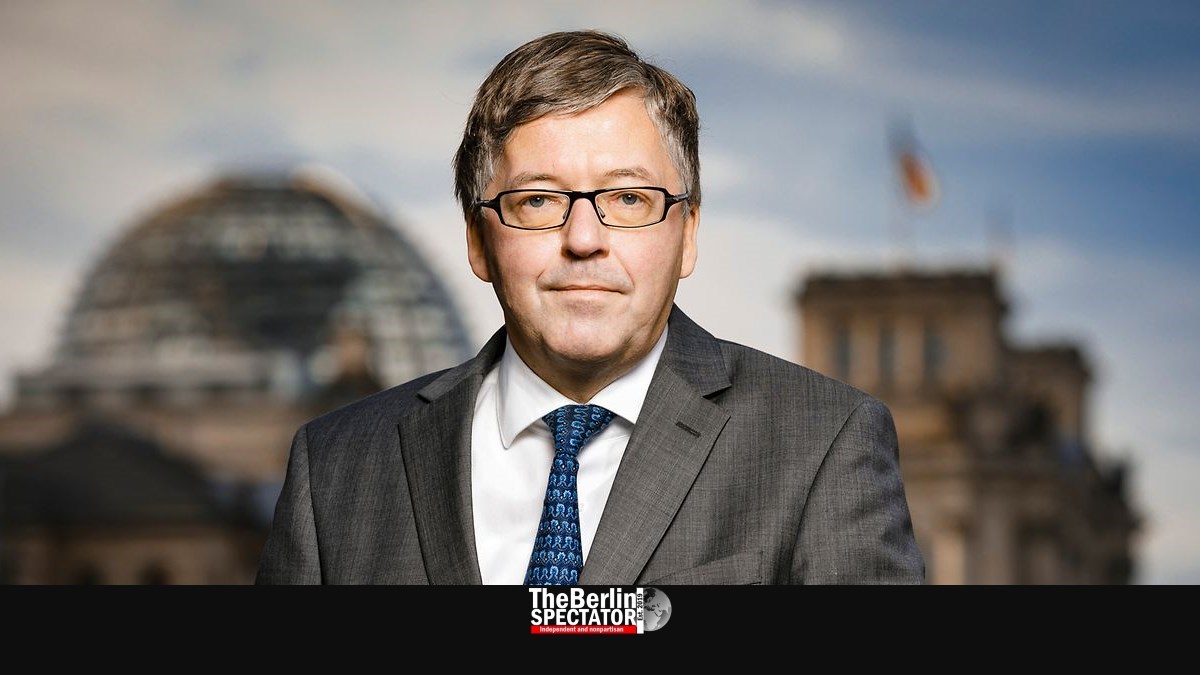 The “Parliamentary Commissioner for the Armed Forces of the German Bundestag” has a difficult job. The fact that the Bundeswehr, Germany’s armed forces, have had chronic problems for years does not make it easier. Commissioner Hans-Peter Bartels just released his latest report on the state the Bundeswehr is in, on all fronts, literally.

No matter which department Bartels looked at: He did not find a well-equipped and well-manned army, but pretty much the opposite. There are shortcomings throughout, at the Luftwaffe (air force), Marine (navy) and the Heer (army). For those who believe the Bundeswehr’s administration is in good shape, there is one single word: nope.

In his report Bartels says the German armed forces were planning to reach certain goals in 2023, 2027 and 2031. According to those, the Bundeswehr intends to be ready for defense missions in Europe and for out of area operations by then. Bartels does have a point when he writes this was “not really new”.

Between the lines, he harshly criticizes those responsible for the Bundeswehr, meaning the government and especially the Ministry of Defense, by saying the army should have been ready for all contingencies since the NATO Summit of 2014. Also, he adds, “the tasks for which the armed forces will supposedly be fully equipped by 2023 already exist today.”

One of the huge issues is the gear. In the past years it had been “very difficult” to equip forces on active service, including those in Afghanistan. This had been possible only at the expense of other parts of the army. The Bundeswehr calls that practice “Dynamic Availability Management”. The latter sounds good, but isn’t.

There was an “economy of scarcity” at the Bundeswehr, the report reads. The politics which lead to the existing problems seem to have caused “partial restraints” for the training and the necessary exercises.

It gets even worse: At the navy, the training could “not always be assured in its required scope”. This sentence alone seems to be saying things are not working at all. At the Air Force they are talking about “a loss of aeronautical skills”. In other words: Under these circumstances they can not even fly properly.

In the armed forces of the richest country in the European Union hardly anything seems to be working. Embarrassing is one of the nicer adjectives which come to mind. This is the kind of standard found in Bulgaria, where the air force can make up to three of its MiGs fly, on a good day.

As if all of the above was not more than enough already, there is even more trouble. The commissioner calls the Bundeswehr‘s administration “paralyzing”, which is not exactly a compliment. Furthermore, there are issues with the recruitment.

The number of new soldiers who joined the armed forces in the past year fell to an all-time-low of 20,000. On top of that, the Bundeswehr was becoming older, Bartels says. “This negative trend is cause for concern”. And he concludes by saying “I would like to say it is spring. But it is still winter.” No, Bartels does not mean the chilly wind in Berlin.

In his report, the commissioner lists examples for the consequences of the countless problems. For instance it says the Bundeswehr needs to rent civilian helicopters in order to be able to transport troops within Afghanistan. To some, this does not sound like an army, but more like a bunch of boy scouts who did not organize their trip properly.

The Bundeswehr was suffering because mistakes had been made in reforms implemented in the past, Bartels said in a television interview today. It was “in its worst state since 1990”.

Germany’s Minister of Defense Ursula von der Leyen reacted by saying this regular report was “always a big incentive for us”. The armed forces were “growing very dynamically”. They were in the middle of a modernization process. According to her, there is more money now. “But, as you may have noticed, it is a fight on many fronts.”

She wished things would advance more quickly, Ursula von der Leyen stated. But the ramifications “of all the shrinking and reducing in the past 25 years can not be reversed within a few years”. What she did not mention was the fact that the Ministry of Defense has been in the hands of her own conservative party CDU, and its Bavarian sister party CSU, since November of 2005.

The full report by the Parliamentary Commissioner for the Armed Forces of the German Bundestag, in German, can be found here.

Many Europeans Too Poor to Heat their Homes