Berlin’s Police: Coping With All Challenges 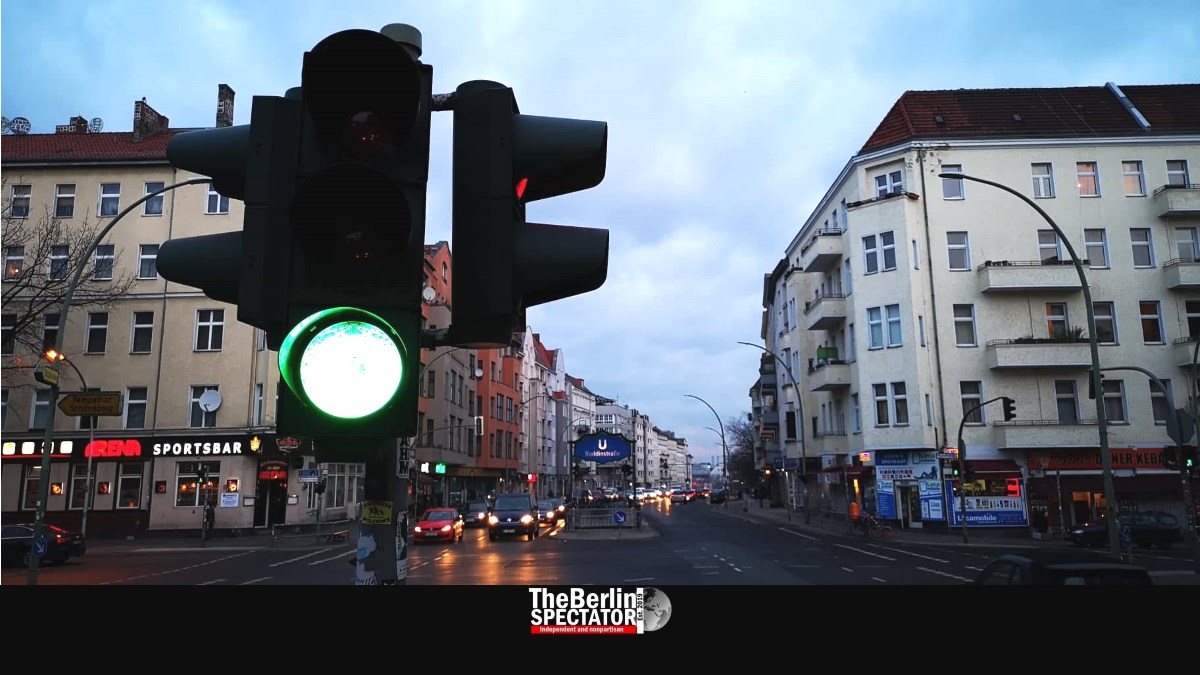 The following article was first published on January 31st, 2019.

It happened yesterday night. At 11:30 p.m., police and paramedics arrived at the intersection of Zeitzer Strasse and Braunschweiger Strasse in Berlin’s Neukölln quarter, where they found a 40-year-old man with stab wounds. In spite of the efforts to save him, he died on site.

The 8th Homicide Division of Berlin’s large police force has been on the case since. At the press department, no additional details will be mentioned because the investigation just commenced and is therefore in a critical phase. The fresher the leads, the better.

Berlin does have this new homicide case. But is the situation comparable to the one in the Chicago of the 1960-s, when murder on the street was a regular occurrence? “Not at all”, police spokesman Michael Gassen told The Berlin Spectator. “The opposite is the case.” Indeed, Berlin is very different.

In Chicago, a city of 2.7 million inhabitants, there were 653 murders in 2017. Berlin, with 3.6 million inhabitants, had a combined number of 91 murder and manslaughter cases in 2017. The only thing the two cities have in common is the fact that the number of homicide cases is decreasing. By the way: The detection rate in Berlin is high, at around 90 percent.

Berlin was a bit closer to the U.S. city in 2009, when 168 homicide cases were recorded. From that point onward, the numbers decreased in wave movements. In 2012, there was another peak with 147 cases, but in 2016, the number dropped below 100. Still, every victim is one too many. In this regard, Berlin may not be completely harmless, but comparatively safe.

About two years ago, on December 19th, 2016, Berlin was hit by an Islamist terror attack. Anis Amri murdered 12 pedestrians at a Christmas market in the city center by running them over with a heavy truck. Many were injured. Of course, the city is not forgetting that day. Berlin has since intensified safety measures for big events. For truck barrages alone they spent millions.

A lot happened behind the scenes as well. For instance, the size of the Islamism department was doubled. In addition, this terrible case is still being reviewed. The police department is working on the question what could have been done in order to prevent the terror attack from happening. Also they are reviewing their reaction to the attack, once it had happened. The case was being looked into by a review board belonging to the Berlin Senate too.

The police department has a big number of harmless cases to deal with, including fender-benders on the streets and petty-theft in shops. Once in a while, big operations take place, like a week ago, when they hit a gang of weapons smugglers. Days like January 24th, 2019, are definitely difficult to organize.

At 6:00 a.m., the big operation commenced. It involved a large number of regular officers, but also members of a special police force sent by Berlin’s State Office of Criminal Investigations. “Operations like this one are being prepared intensively”, Michael Gassen says. “We always know in advance which officers will be needed.”

According to him, those responsible at the department are carefully making sure the required minimum number of officers is available for regular police work at all times. This was the case on January 24th, even though the Berlin police squeeze in a second operation, against illegal gambling facilities, on the same day. Somehow they managed.

Barbara Slowik is Berlin’s relatively new police chief. The 52-year-old lawyer took office in April of last year. In an interview with the German-language weekly “Zeit”, she said apart from guaranteeing safety it was part of her job to increase the feeling of safety among residents.

She did so by establishing new police stations on big squares, such as Alexanderplatz. Crime in those areas decreased. At the same time, Berliners feel safer while walking the streets in those areas. They don’t just know police are there to protect them, but they also see the officers. Psychological aspects do play an important role.

Berlin’s police does accomplish a lot, and it is pretty large. A total of 25,000 people, including officers, employees in the administration and apprentices, are part of it. Running an organization of this kind requires leadership, which is not a problem to Barbara Slowik and her colleagues. The problem is money. Berlin is definitely not the richest city in Germany. Still it has to come up with 1.5 billion Euro per year (1.7 billion U.S. Dollars or 1.3 billion GBP) for its police.

They have six precincts all over the city, and many departments, including one for large operations. There is a K9 department, the water police on the Spree river, the helicopter unit, the State Office of Criminal Investigations and the academy. Berlin police officers use SIG Sauer P225 pistols, a modern, digital communication system, drones and many vehicles.

Barbara Slowik is not only Berlin’s first female police chief, but also the first one who did not actually work in law enforcement before taking over. Her appointment was criticized by both the conservative opposition and the radical right. But she has not given her critics a lot of ammunition.

In the “Zeit” interview, Slowik mentioned areas she wants to achieve improvements in. Car theft is one of them. The number of cases has dropped to a certain extent, also because the Berliners are cooperating with their colleagues from next door, in Poland. But she wants the police department to put up an even bigger fight against the car mafia.

Earlier this month, some German media thought they had a great story. According to recent reports, the answers to exam questions for apprentices at the Police Academy were “possibly” distributed in advance. But, as it turned out, those were answers from last year’s exams, which were used for preparation purposes. In order to calm everyone down, the academy still generated a new list of questions. The exam will take place soon.

The very latest real life case Berlin police are working on is a break-in which took place in Lützenstrasse, in the Halensee quarter. This morning, the 29-year-old suspect was arrested. At 11:47 a.m., the corresponding press release hit the inbox.

Many Europeans Too Poor to Heat their Homes

The Berlin Perspective: A Love That Will Last