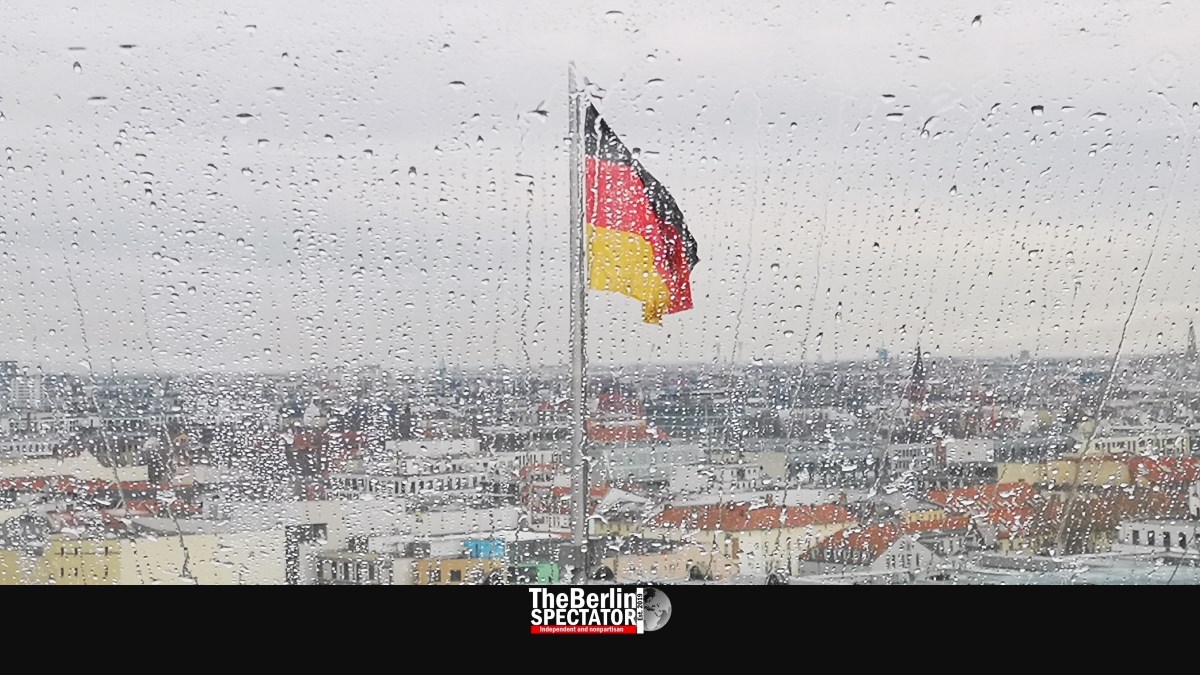 The world was dangerous during the Cold War, especially in both Western Germany and the communist GDR. In the Federal Republic, NATO deployed the Pershing II system of nuclear-capable ballistic missiles, while the Soviet Bloc had their SS-20 missiles on the other side of the Iron Curtain.

Had there been a nuclear exchange, both German states would have been wiped out completely. It could have happened during the Berlin Blockade from 1948 to 1949, when the Soviets intended to starve West Berlin. The largest air lift ever, organized by the Americans, saved the residents.

It could have happened in 1962, during the Cuban Missile Crisis, or at any moment during the Cold War. In theory, even a technical glitch could have caused a war involving nukes.

When communism and the Soviet Union collapsed, there was so much relief. It was supposed to be a far less dangerous world everyone was living in. But it did not take long until other dangers gave people headaches.

Today, perceptions regarding the biggest threats vary from country to country, as the Pew Research Center, a ‘fact tank’ in Washington D.C., found out. The organization polled a total of 27,612 people in 26 countries in spring and summer of 2018. The results are in.

In many countries, climate change is seen as the biggest threat. This applies to Argentina, Australia, Brazil, Canada, most European countries, including Germany and the U.K., but also to Mexico, Japan, South Korea, the Philippines and several African countries.

America is different. In the U.S., cyber attacks from other countries and the so-called Islamic State (ISIS) are being seen as bigger threats than climate change. Among U.S. citizens, only 59 percent believe climate change is a threat.

The poll results show that, all in all, more respondents feared America’s influence more than China’s or Russia’s influence. But this was not always the case, meaning the fear of the U.S. increased with Donald Trump.

Of course there are huge differences regarding the perceptions in different countries. In Israel, only 15 percent see the United States’ power and influence as a threat. Of course this can be explained by the fact that no country supports Israel more than the U.S.. The Americans help and defend the Jewish state in many ways.

A large percentage of Japanese citizens, 66 percent of them, see America as a threat, in Mexico 64 percent of respondents see it the same way, in South Korea 67 percent, which – again – is surprising.

Looking at European countries, most Hungarians, Poles and Italians do not believe America’s power and influence is a threat, but things look very different in France (49 percent), Greece (48 percent) and Germany, where 49 percent fear America and only 30 percent fear Russia.

Sure, a certain part can be blamed on Trump, a U.S. President who is widely being seen as incompetent, aggressive, and as someone who believes in conspiracy theories while having severe issues with the truth. But there must be more to this than Trump.

The official Germany, namely the government in Berlin, knows what the U.S. did for the country. The Americans played a crucial role in defeating Nazi Germany and ending fascism in Europe. They came up with the Marshall Plan, the Air Bridge and they contributed a lot to making Germany’s reunification possible. Furthermore, the U.S. recently helped ending the genocide next door, in former Yugoslavia.

Still, many Germans fear America. A large number of left-wingers always made the U.S. responsible for all evil in the world, long before Trump. Also there is anti-Americanism in the middle of society. The NSA scandal did not exactly help in this regard, neither did Trump’s election win. But, whatever it is, some believe the Germans should try to get to the bottom of their relationship with America and rethink it, urgently.