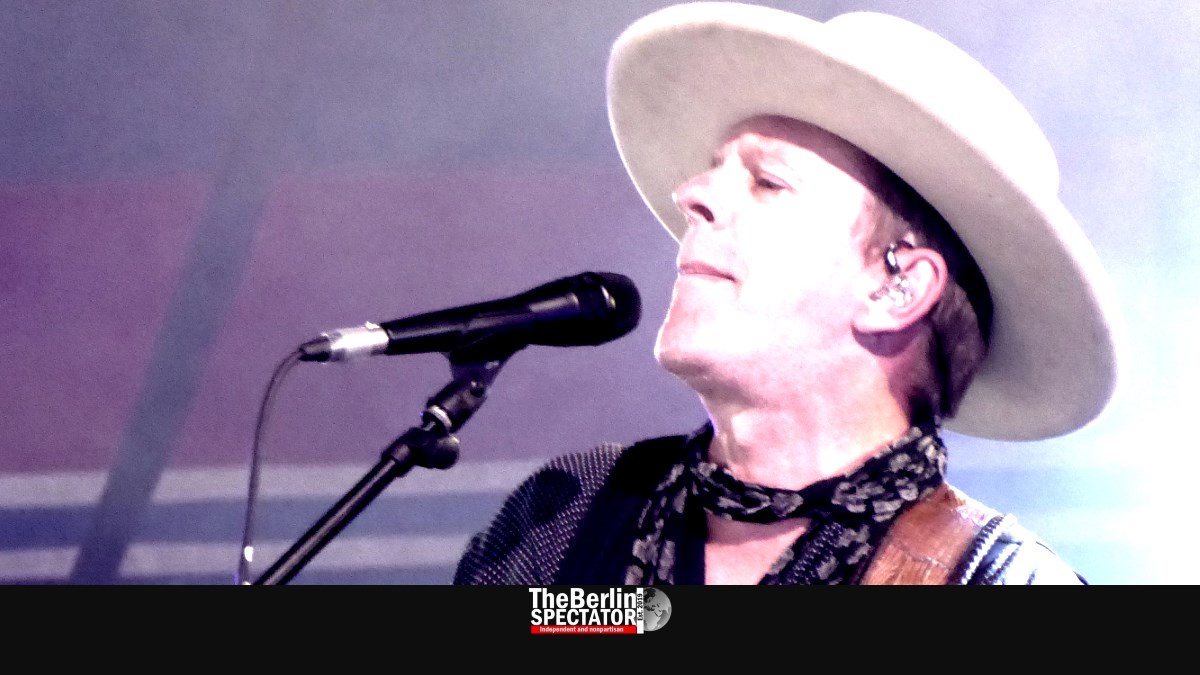 The first thing I want to say is this: The word ‘Kiefer’ stands for both jaw and pine in German. Now that I have brought this message across, we can begin. With a question: Who would call his son Kiefer William Frederick Dempsey George Rufus? Let’s just say Donald Sutherland and his wife probably gave him one main name plus the nice names of his two grandfathers and all four great-grandfathers.

O.k., Kiefer, you were a great bad guy in ‘Stand By Me’, you pulled it off in ’24’, you convinced everyone in ‘Flatliners’ and a million other movies and TV flicks. No complaints here. On top of all of this, you did a terrific job in the ‘Designated Survivor’ series. Excellent stuff.

But did you really have to pick up a guitar and start singing? And did it have to be Country? Your song ‘I’ll Do Anything’ (well, obviously) sounds like the kind of stuff they would play in a run down trucker bar on the side of a long and narrow highway in southern Texas.

Besides, the line “I love you just the way you are” was written by Billy Joel and used by the late Barry White, for decades. And no, you aren’t Billy. Or Berry. You are Kiefer, and you’re supposed to impress us in front of the damned camera, right? In case you are jobless, do another series or sign a contract with any film director.

The obvious fact that you think you’re Kenny Loggins is already hard to digest. But, on top of it all, you decided to tour Austria and Germany this coming summer and fall. At least you picked the right venues, Kiefer. I’ll give you that. These are real places.

The ‘Grünspan‘ in Hamburg and ‘Heimathafen Neukölln‘ in Berlin have their history and a good atmosphere. Vienna, Munich, Cologne and Lörrach are on the list too? And if Scorsese calls, who will finish the tour then? Your double? Your ticket prices still seem relatively moderate, considering where you’re coming from.

Ryan Gosling, Russell Crowe, Kevin Bacon, Keanu Reeves and Steven Seagal also tour with their bands. Unfortunately it’s all Country, Rock and Blues. Regarding the Blues, please listen to what the late George Carlin had to say about the subject, ‘adult language’ included.

And, while we are on it: Wasn’t Shakin’ Stevens active some 200 years ago? The guy is not only back in business, but he will hit the stage at the University of Arts in Berlin as early as Thursday. He looks like…, well like Shakin’ Stevens, meaning he has not changed a bit since 1978. How in the hell is that possible?

And guess who else is coming: Melissa Etheridge. Her German tour starts in Luxembourg (what?) on February 25th (WHAT?). She will also be seen in Stuttgart, Munich, Hanover, Hamburg, Leipzig, Berlin (W-H-A-T???) and Dusseldorf. If you really have to go, check this out. I was forced to play her stuff every time I did morning shows in the 1980-s, and I’ll take the fifth.

Yes, I know the shaker and Melissa are not actors.

The only question is: Who else will be coming? The legendary John Mayall? His German and Swiss tour starts in March. And it’s the longest of them all.