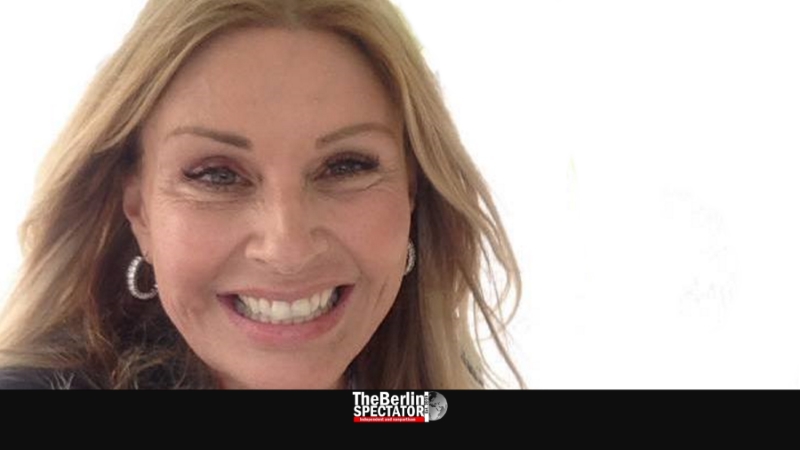 In Germany, antisemitic crimes are still on the rise. According to an answer by the federal government in Berlin to a minor interpellation handed in by the parliamentary group of ‘Die Linke’ (‘The Left’), there were 1,646 offenses with this kind of background in 2018. This was first reported by the German-language ‘Tagesspiegel’ daily on Tuesday.

In 2017, that number was 1504, meaning there is an increase of almost 10 percent. Regarding violent offenses, the increase even amounted to 60 percent in 2018. The government says 43 individuals were injured in 62 violent, antisemitic crimes last year. A total of 857 suspects were identified, 19 of them were arrested.

Malca Goldstein-Wolf is a Jewish activist from Cologne, who keeps on protesting against antisemitism. This includes letters to politicians, protests on the streets and online discussions. Imanuel Marcus spoke to her.

The Berlin Spectator: Antisemitic offenses are a daily occurrence in Germany. Jewish students are being insulted, Jewish restaurant owners are being attacked, people identifiable as Jews are being bullied on the streets. Where does the alarming increase in antisemitic incidents and crimes come from?

Malca Goldstein-Wolf: There has always been antisemitism in Germany, but until a while ago it was not played out that openly or aggressively. This has to do with the fact that many Muslims have ingested antisemitism with their mother’s milk. Now they are spreading it all over Germany. This is not only about refugees this country recently accommodated. Germans with a Turkish background, inflamed by Erdoğan, do use a language hostile to Jews, especially on the Internet. When you actually read this kind of agitation, you will not really be surprised about assaults anymore.

So-called ‘Israel criticism’, which can only be defined as costumed antisemitism, has become very popular too. The BDS boycott movement is coming to Germany. It demonizes Israel, the only democracy in the Middle East, as an ‘Apartheid state’. BDS members infiltrate people by standing in front of shops with signs saying no Israeli products should be purchased. Of course this reminds us of the times when the Nazis said “Don’t buy from Jews”. The government should do more in this regard.

The Berlin Spectator: German politicians, including some on the local level, are being criticized for actions designed to fuel antisemitism even more. The latest example is the Mayor of Ludwigshafen, Jutta Steinbruck, who just cancelled an anti-BDS motion from the City Council’s agenda. What is your take on this case?

Malca Goldstein-Wolf: Whoever hides behind bureaucracy sanctimoniously, like Mayor Jutta Steinbruck or her collaegue Lutz Urbach from Bergisch Gladbach, while denying antisemitism in their cities, does not care about Jewish life in Germany, at best. They do not protect Jews, even though resolutions against the BDS are not complicated at all. In some cases it is better not to know about these people’s mindsets. They love to mourn dead Holocaust victims, but they will not support living ones.

The Berlin Spectator: Regarding big politics, there is harsh criticism too. Some say Berlin contradicts itself, by announcing supporting Israel was raison d’état while double-dealing that same country at the same time. Foreign Minister Heiko Maas traveled to Yad Vashem just after taking over his post. But now Berlin seems to know better than Israel what kind of Iran policy helps the Jewish state. And then there is Germany’s voting behavior at the United Nations.

Malca Goldstein-Wolf: The term raison d’état pretty much becomes a farce when you consider the fact that the German government supports Israel’s deadly enemy Tehran with the so-called Iran Deal, but also using Instex (a transactions channel between Germany, France and the U.K. on the one, and Iran on the other hand). By the way: What has Foreign Minister Heiko Maas learned from history? He said he had decided to go into politics because of Auschwitz, in the first place. It is shameful to orate on Holocaust Remembrance Day, while failing the Jews at the same time. My trust in a government which will approve even the weirdest U.N. resolution against Israel is battered. There are politicians I would ban from speaking on Shoah Memorial Day.

The Berlin Spectator: How come Berlin keeps on wiring millions to the Palestinian Authority, even though they concede they are paying salaries to families of so-called ‘martyrs’, meaning murderers of Jews? Is there any explanation which would make sense?

Malca Goldstein-Wolf: By now, any thinking politician should be aware of the fact that the aid money from Germany does not reach the needy in the Palestinian areas. It is being abused to fund anti-Jewish school books, corrupt Palestinian leaders and terror. It is insane not to end this and there is absolutely no explanation for the fact that our government acts irresponsibly in this regard.

The Berlin Spectator: We still have not covered all aspects which cause resentment among the few German Jews and other critics. The coverage from the Middle East in some German media is one-sided whenever Israel is involved. Some media seem to be ignoring the terror Israel is confronted with, while the country’s reaction to it is being denounced in headlines. Why does Israel seem to the the only country in the world which is not allowed to defend itself?

Malca Goldstein-Wolf: The media coverage is an important aspect when it comes to fighting antisemitism. There are editors who do not live up to their responsibility by leaving out certain facts or by distorting them. By doing so, they stir up hatred towards Israel or Jews living in Germany. In certain circles, German Jews are being blamed for Israel’s policies. When media report about the death of 50 Palestinians without mentioning that most of them were operatives of the terrorist organization Hamas, this is beyond one-sided. It is actually hostile towards Israel. Whether those editors are uninformed and negligent, or whether they do not like Jews, may vary, depending on the case. I am thankful to the Axel Springer publishing house. To us Jews they are a beacon in the darkness of this country’s media environment.

The Berlin Spectator: Are there bright spots too, what the Berlin government is concerned? Did they show they care by appointing Felix Klein to the position of their coordinator against antisemitism? How helpful can he be?

Malca Goldstein-Wolf: I know Dr. Felix Klein personally and I appreciate what he is doing. But whether he actually has a lot of influence while President Frank-Walter Steinmeier bows to Arafat, a murderer of Jews, posthumously, and sets an ineffable example by doing so, is hard to tell. But I do know that Felix Klein gives his best to make a difference in this fight, with the limited possibilities he has.

The Berlin Spectator: Also there seem to be decision takers in Germany who allow themselves to be convinced. Tom Buhrow, the director of the WDR, the largest division of the radio and television network ARD, has ended a cooperation with Roger Waters, who is one of the most prominent BDS leaders, after you demanded that step in a letter. Is this encouraging?

Malca Goldstein-Wolf: As a pro-Jewish activist, I am some kind of a truffle pig, meaning I am always in search of decent people in key positions who live up to their words with actions, people who do not just worry about keeping their posts, but who do care about democratic values. Tom Buhrow’s straightforwardness was impressive. Not only did he find the right words, but acted as well. People like Tom Buhrow are my loading stations.

The Berlin Spectator:  What about the Senior Mayor of Frankfurt am Main, Peter Feldmann? Is he a loading station too, since he seems to understand why BDS needs to be fought? Is he part of a minority among local politicians in Germany?

Malca Goldstein-Wolf: I believe Mayor Uwe Becker is the one who is masterminding the city’s fight against antisemitism. He stands up to BDS, he has shown dedication in this regard for years, and he never gives up. Someone like him is not just a politician, but someone Jews call a “Mensch”, a model for decency and humaneness.

The Berlin Spectator: How do you perceive the general situation in Germany? The (radical right-wing party) AfD is spreading, hatred against Jews seems to be socially acceptable again. Can German Jews rely on the state and the democratic majority?

Malca Goldstein-Wolf: Antisemitism has so many faces. It comes from the left, the right and the center. The AfD is not solely culpable. Especially in the SPD (Social Democratic Party), the behavior of some leading politicians worries me at least as much as the right-wingers do. The SPD’s chairlady Andrea Nahles even sees commonalities between her party and FATAH. Diversion does not help here. Any form of hatred against Jews needs to be identified and fought. If we do not want to be victims, if we do not want to rely on the government unconditionally, we need to become active ourselves. It is not impossible to jolt people awake or to change things. Jews in Germany should not give in to fear. All of those people in Israel are my heroes. Without them, the state would not exist anymore.

Note: The German version of our interview was published on the site Tapfer im Nirgendwo.