Merkel: ‘We Have to Fight for Europe’ 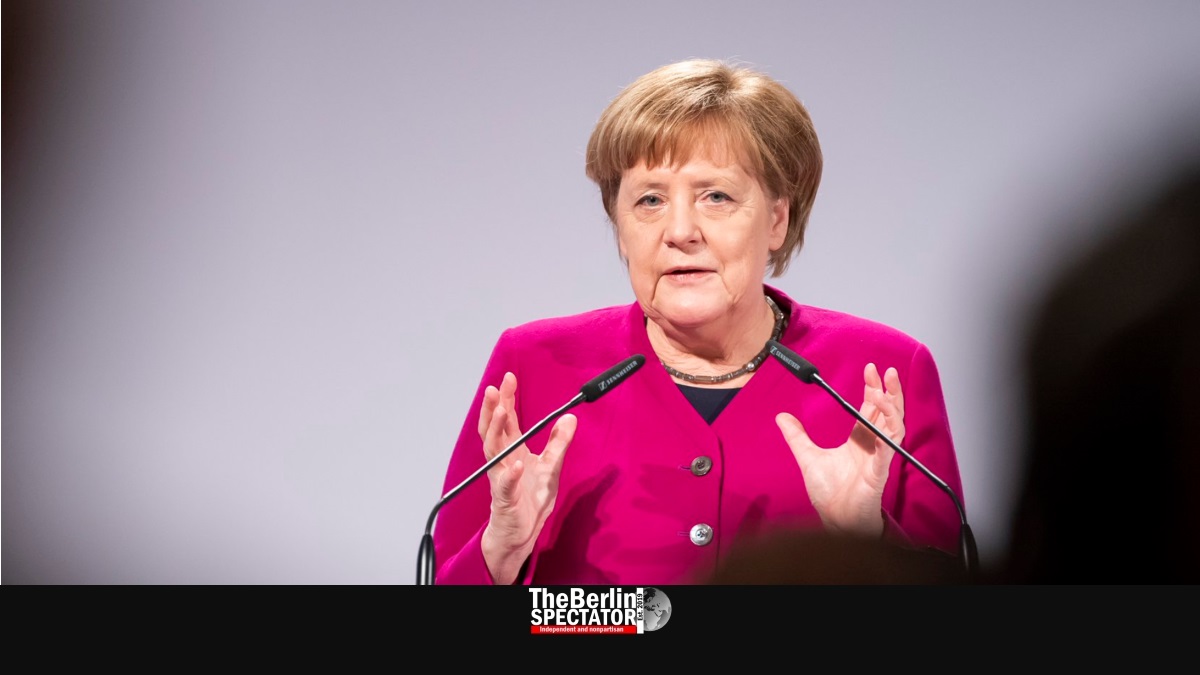 Maybe it is the upcoming end of her era, which makes Chancellor Angela Merkel sound more trenchant and less diplomatic in the sense that she now voices direct criticism. She slammed Russia and the U.S., but also humanity.

“We live in an age in which the traces of mankind penetrate the Earth so deeply that following generations will see our time as its own man-made era”, Merkel said at the Munich Security Conference this weekend.

“These are traces of nuclear weapons tests, population growth, climate change, the exploitation of raw material and micro plastic in the oceans, to name just a few examples”, she stated. By listing some of today’s enormous problems in the world, she wanted to remind certain governments of issues they are largely ignoring.

Also Merkel promoted multilateralism with that statement of hers, since these kinds of problems can not be resolved by a hand full of countries, without including the big ones, such as the United States, Russia and China. Also she stressed that all of this had “repercussions on global security”.

Then the Chancellor started dispensing harsh and outright criticism. “To us Europeans, the really bad news was the cancellation of the INF Treaty“, she told the participants of the conference. She directly accused Russia of having breached that treaty for years. Therefore the United States’ cancellation of the agreement had been a logical consequence.

But Angela Merkel did not leave it at that. She clearly said who lost most in this drama around the INF treaty, namely the Europeans. “It is a very interesting constellation. A treaty which was signed for Europe, a disarmament treaty which has to do with our security, is being cancelled by the U.S. and Russia (…), and we just sit there.”

Merkel assured everyone present, the Europeans would “try everything to make more disarmament steps possible”, while commentators are already writing about a “new Cold War” and do have a point.

In Munich, many controversial subjects were mentioned, by Merkel and other participants. Once again the world was made aware of the fact that it is getting more complicated and dangerous. The governments A and B disagree with government C about fundamental questions. But A rejects any cooperation with C, while B insists that only including C was the right way to avoid drifting apart even more.

This is what U.S. Vice President Mike Pence’s remarks about the North Stream 2 pipeline were about. America is against this kind of cooperation with Russia while Merkel wants it. But there are people around her, in Berlin, who agree with Pence. Merkel’s approach is a thin red line, also because Europe does not really want to depend on Russia either.

At the same time President Trump’s trade policies became a subject in Munich. While Merkel does not see how BMWs built in South Carolina could threaten America’s national security, Trump obviously does.

Pence conceded Europe’s defense spending was increasing, at last. Trump had demanded an increase in Europe from the start. For now, Germany is spending only about 1 percent of its GDP on defense, while the U.S. are at 3.6 percent. But many centrists and conservatives in Berlin agree that things can not stay this way in the situation the world finds itself in.

In Munich, U.S. Senator Lindsey Graham, a republican, indirectly disagreed with Trump’s general course by saying he had told the President how complicated multilateralism was, but that going it alone was far more difficult.

So many disagreements were discussed at the Security Conference, including this one: Germany insists it wants to hold on to the Iran deal. Berlin believes by cooperating with those who openly say they want to wipe out Israel they will help Israel, while Israel itself and the U.S. strongly disagree.

Regarding the multilateralism Chancellor Merkel is trying to sell, only the French seem to be with her. Trump is known to be the opposite of a multilaterialst. And Russia’s Foreign Minister Sergey Lavorov said in Munich he liked multilateralism, but was against “founding new clubs.” He also said Europe had let itself get involved in a rivalry with Russia. He did not mention Crimea or Russia’s provocations.

Another aspect, a far more positive one in the eyes of all multilaterism and transatlantic friendship fans: The former U.S. Vice President Joe Biden told the Europeans not to give up on his country. He promised the situation as it was right now would change at some point.

All in all, the Security Conference was yet another reminder of what is hitting the fan these days, in so many ways.