Why Would Germany Honor Iran’s Mullahs? 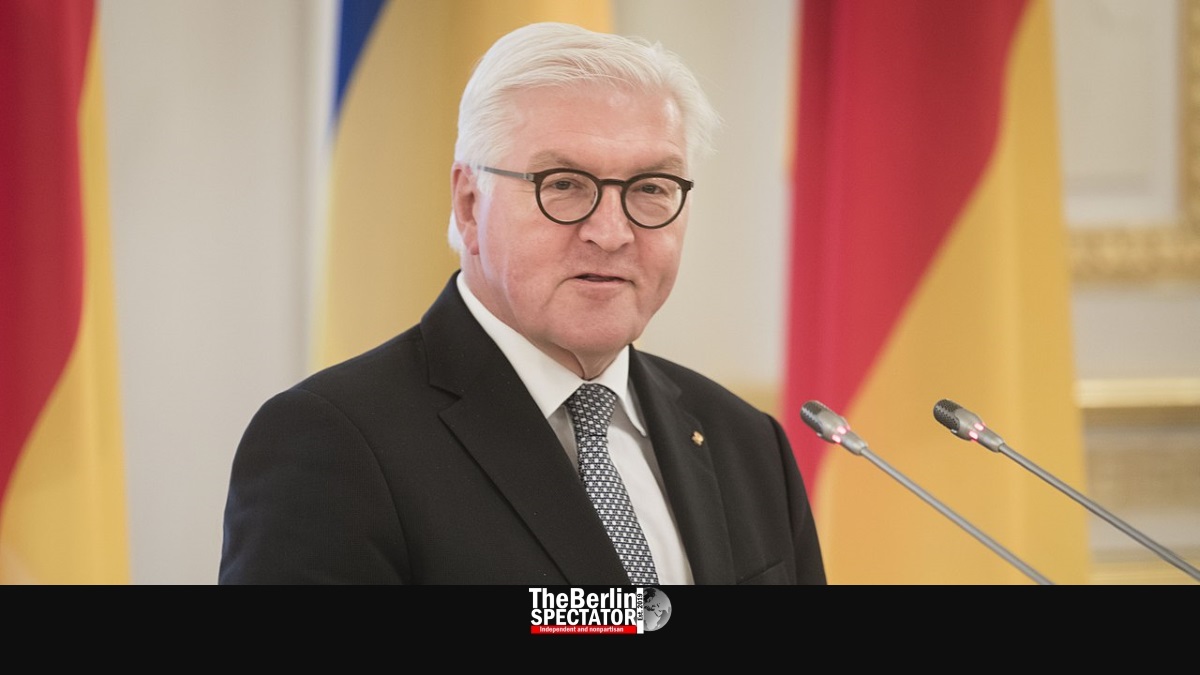 Does Germany not know what Tehran is doing? Or does the country simply ignore the brutal Iranian regime’s crimes? These are legitimate questions critics have been asking themselves for a while now. Today, these questions seem to be even more relevant.

Frank-Walter Steinmeier, Germany’s President and former foreign minister, sent a telegram to the Tehran regime, congratulating the leadership on the 40th anniversary of the Islamic revolution, in the name of all Germans. While most media did not seem to consider that telegram a story, ‘Bild’ did.

‘Bild’ is the largest tabloid in Germany. The publication has been criticized on a regular basis since the 1968 student revolution, for conservative propaganda, for distorting typical tabloid stories, such as family dramas, and for treating women like objects. By today, in 2019, ‘Bild’ is still a tabloid, but it has become more moderate. Another important aspect is that the daily chooses not to ignore scandals such as this one.

On Wednesday, ‘Bild’ listed the problems the United States and other democracies have with the Iranian regime. Those include “torture, executions, the persecution of women, minorities and the opposition and the installation of an Islamist terror state that threatens to annihilate Israel.” As the publication accurately pointed out, Tehran also denies the Holocaust.

In spite of it all, the telegram sent to the Mullahs responsible for all of the above sounded very friendly indeed. On top of that, Steinmeier, who is supposed to represent Germany officially instead of making policies, promised his country would do “everything possible” to save the so-called Nuclear Deal. The telegram was all about friendship and help for the regime.

President Hassan Rouhani must have been happy, also because his German colleague wrote it was “possible to overcome crises and conflicts together.”

‘Bild’ quoted Wenzel Michalski, the director of the NGO Human Rights Watch in Germany, who said the President’s congratulatory telegram was shocking. “This goes too far”, Michalski said. He was not the only person in Germany to criticize Steinmeier sharply.

Today, the story hit the Jerusalem Post. The Israeli daily quoted Rabbi Abraham Cooper of the Simon Wiesenthal Center. He said his organization condemned the German President’s congratulations “to the most dangerous regime in the world.” Iranian dissidents were very critical too.

As a matter of fact, President Steinmeier’s telegram to Tehran is just another entry in a long list of stories of this kind. Those tend to involve hig-ranking members of the Social Democratic Party of Germany (SPD).

Foreign Minister Heiko Maas is defending Germany’s voting behavior at the United Nations. At the U.N. General Assembly and in other U.N. bodies, Berlin often votes for resolutions put forward by Arab states which accuse Israel, the only democracy in the Middle East, of pretty much everything.

His predecessor, Sigmar Gabriel, another SPD member, recently joined an official economic delegation on a trip to Tehran, where the former foreign minister met officials, one of whom is a Holocaust denier who had announced the “annihilation of Israel” before.

When he still had the post, Gabriel angered Israel’s Prime Minister Benyamin Netanyahu by meeting with representatives of NGOs known to work against Israel. Netanyahu cancelled a meeting with Gabriel, as a result.

While the Israeli head of government’s reaction was being criticized, even by some German politicians who are known supporters of Israel, Gabriel kept on showing he was not one of the latter. His relations with the Saudi leadership were a lot better than those with the Israelis. Considering support for the Jewish state is supposedly raison d’état in Germany, Gabriel’s approach was unconventional, to say the least.

Before Gabriel, today’s President Steinmeier was foreign minister. Under his watch, millions of Euro were sent to the Palestinian Authority on a regular basis. This is still the case today. Questions about the abuse of these funds as salaries for terrorists were largely ignored. The same applied to all the support for UNRWA, an U.N. organization which is frequently being criticized for working against Israel.

The SPD’s last candidate for chancellor, Martin Schulz, listened to a speech by Mahmoud Abbas during the election campaign, in which he claimed Israel had poisoned the water for the Palestinians. Afterwards Schulz said the speech had impressed him.

In these troubled times, in which the number of violent antisemitic attacks in Germany increased by 60 percent (2018), and in which Tehran threatens to wipe out Israel almost on a daily basis, some clear words against hatred and in support of Israel would have been appropriate, many believe.

Also criticizing the fact that Iran hangs homosexuals publicly, blames and punishes rape victims and puts bloggers in jail would have been appropriate, Steinmeier’s critics believe. Instead, the President took a friendly approach towards the Mullahs.

His staff told ‘Bild’, the President’s telegram conformed with “the longstanding state practice” of Germany.