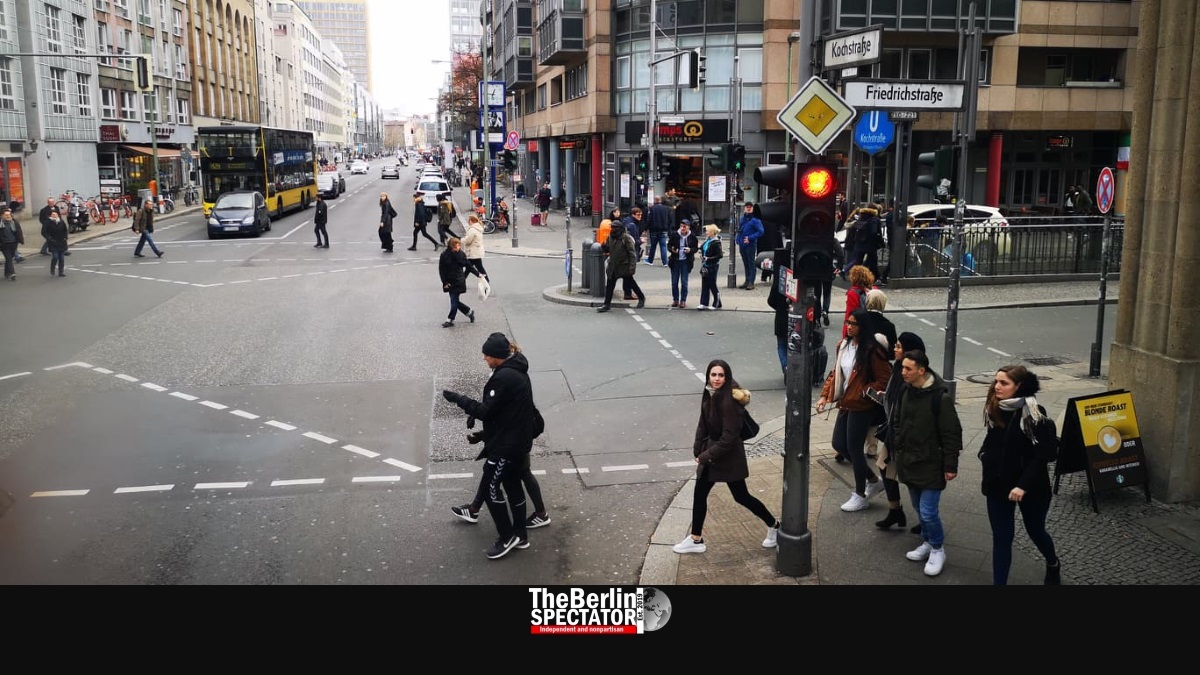 If the messenger is the culprit, the Statistical Office for Berlin and Brandenburg is responsible for what some see as a huge problem. The constantly growing number of tourists in Berlin is not just obvious on computer screens or in newspapers, but also on the streets of the city. “Overtourism” is the word more and more Berliners are using.

Especially in spring and summer, a tourist invasion is noticeable indeed. Big groups of individuals keep on coming to Kreuzberg and other hip Berlin boroughs. They fill the streets, the malls and the most famous clubs. If they would just overcrowd Berlin’s Museum Island it would be o.k. since Berliners do not go there that much.

By invading Berlin like crazy, the tourists, both from within Germany and abroad, change the city. More and more shops are being converted to pubs and restaurants, due to the high demand. Along with this development, the prices increase.

So, are there Berliners who are annoyed about all of those tourists? Yes, a growing number. But what about the flip side of the coin? Well, yes. Berlin’s residents know their city is sexy. Many appreciate the interest and they know the tourist invasion is good for the economy. It helps many Berliners make a living.

Pub and restaurant owners, waiters, fast food places, sightseeing guides, shops and the city itself: Everyone profits from the 13.5 million tourists who came to Berlin in 2018, according to the Statistical Office.

That number is huge. Twelve years earlier, in 2006, seven million tourists came to see Berlin. By now, that number has almost doubled. All of those tourists do not sleep under bridges, but in hostels, hotels and private apartments they rent for a few days. In 2018, a total of 33 million night stays were registered.

A country like Bulgaria, which is a mayor tourist destination in Europe with many Black Sea beaches and some skiing slopes, counts close to 9 million tourists per year, while Berlin is at 13.5 million.

For the 16th time in a row, the old year’s tourist numbers were exceeded in Berlin. How many more tourists will come along this year? The sky seems to be the limit. Regarding tourists from abroad, the growth compared to 2017 was 5.9 percent, while 3 percent more German tourists came to see their capital.

One in two tourists spends his or her Berlin nights the ‘Mitte‘ borough, which used to be the center of East Berlin during the Cold War. Over there, hotels and similar businesses offer 59,000 beds.

All in all, Berlin had 787 hotels and hostels in 2018. That number was pretty much the same five years earlier. But of course the occupancy rate skyrocketed.

In winter, especially in December, the growth is disproportionately high. What this means is that tourists in Berlin are increasingly ready to freeze their butts off. But most know that Berlin is a much better experience in spring and summer.

In spring, the Carnival of Cultures and other big outdoor events mesmerize tens of thousands. So do all of those beer gardens which usually open in May. Dipping into a pool on an old freighter in the Spree river is priceless.

In winter, Berlin museums are even more attractive than they are anyway. Visiting the city’s melting pots, getting drunk in its clubs and dancing the nights away ist always possible. Gaining weight in Berlin’s restaurants is another favorite winter activity.