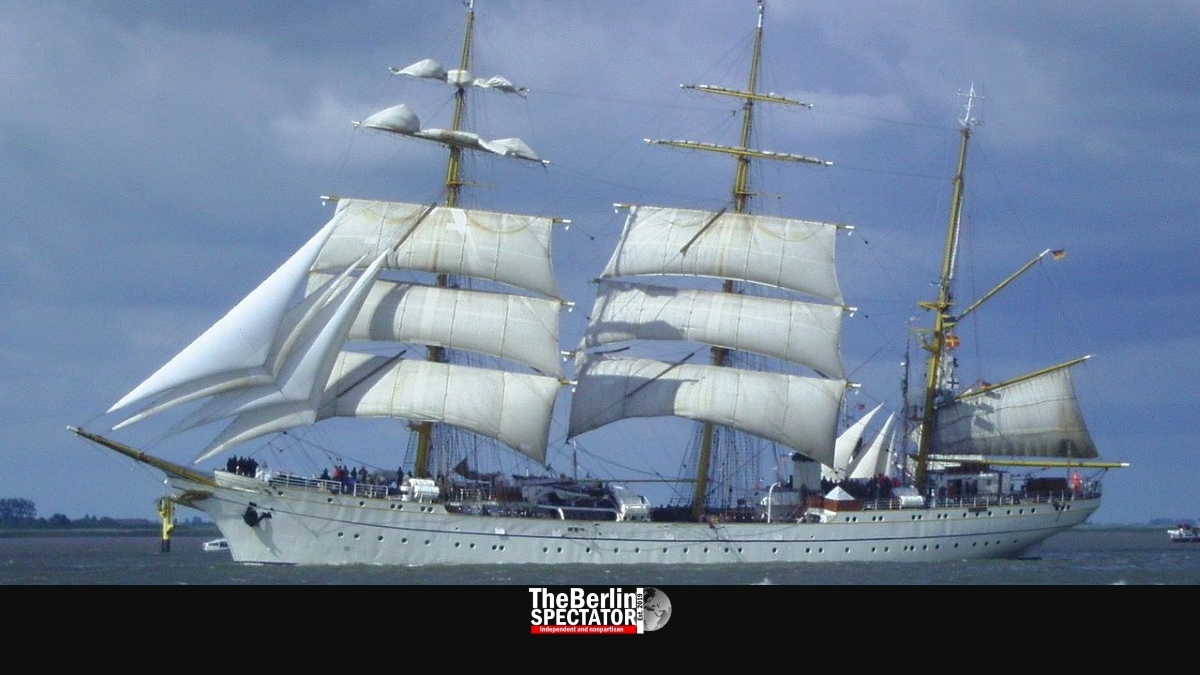 A sailing ship called ‘Gorch Fock’ owned by the German navy has been causing a lot of trouble for decades now. The vessel, which is usually being used for the training of navy recruits, seems to be a magnet for a long list of issues.

Replacing the second ‘o’ in ‘Gorch Fock’ with a ‘u’ will show what many Germans think of the scandals surrounding the vessel. The ship’s name was inherited from an alias used by the author and sailor Johann Wilhelm Kinau who died in the Battle of Jutland in 1916.

Just now, the Ministry of Defense in Berlin admitted grave mistakes were made during the ship’s maintenance and basically confirmed recent accusations by Germany’s Federal Audit Office which had cited that millions of Euro in tax payer’s money had been wasted.

The Defense Ministry conducted its own internal inquiry into the ‘Gorch Fock’ mess and said it “largely” agreed with the Audit Office’s account and would follow “most recommendations” included in its latest report.

In January, the authority had accused both the Ministry of Defense and the Bundeswehr, Germany’s armed forces, of serious failures. From the start, the maintenance of the ‘Gorch Fock’ had not been planned properly. This was about damages to the ship’s hull.

Furthermore, the authorities in charge had not estimated the costs for the repairs accurately. An economic feasibility study had never been conducted. On top of it all, the ministry never tried to establish whether having a new ship built would have been cheaper, according to the Audit Office.

From now on, the Berlin Ministry of Defense intends to conduct a cost-benefit analysis before having any repairs done. And it promised to document the damage to the ship before actually having it repaired.

Something the ministry does not agree with is the accusation according to which the ship’s crews were in danger for a long time because of the ship’s condition. The safety of the navy soldiers had actually never been impaired, a statement by the ministry read.

In 2008, a young cadet on the ‘Gorch Fock’ died during her guard duty at night, but this incident, which might even have been murder, does not seem to be related to the ship itself, but possibly to a pregnancy, a party and alcoholic drinks, according to German-language media reports.

Regarding the tens of millions of Euro spent of the ‘Gorch Fock’, the opposition at the German Bundestag is not exactly happy. Some members accused the ministry of trying to appear like a victim even though it was responsible too.

The issues mentioned so far seem to be only the tip of the iceberg, meaning there is more trouble. As it turns out, the shipyard in which the ‘Gorch Fock’ was supposed to be repaired filed for insolvency just eleven days ago.

It gets even worse: The financial problems that shipyard is confronted with seem to have been caused by corruption. The company’s owners may be responsible for embezzlement. This is what Germany’s Minister of Defense, Ursula von der Leyen, recently told the Bundestag’s appropriations committee.

One thing is certain: The ‘Gorch Fock’ could be the pride of the German navy if those in charge had not ‘focked’ up in several ways. This vessel with 24 sails is very elegant and offers excellent training opportunities for young navy sailors.

So far, this sailing vessel has traveled more than 741,000 nautical miles. It has visited as many as 180 ports a total of 439 times and has been to 60 countries on all continents this planet has to offer.

On February 24th, 1958, the Blohm & Voss shipyard in Hamburg starting building the ship. From the start, Germany argued about the ‘Gorch Fock’ because quite a few people thought a vessel like her was not useful in modern times. On December 17th, 1958, she was put to sea.

As one of the most famous German ships, the ‘Gorch Fock’ was sent to events such as the World Exhibition which took place in New York City in 1964. It also took part in races while serving as a mobile training center.

During the second half of the 1980s, alterations were implemented. Once the new millennium came along, the vessel was repaired for a lot of money. Even though another repair took place in 2010, a big overhaul was announced in 2012.

In 2016, the repairs were stopped temporarily because of the exploding costs. When Minister von der Leyen decided to go ahead with the latest overhaul, she expected it to cost 75 million Euro (85 million U.S. Dollars or 64 million GBP). That was before the price was corrected to 135 million.

In Germany, there are several projects with constantly growing costs and other never-ending problems. The ‘Gorch Fock’, Deutsche Bahn and BER Airport are the most prominent ones.