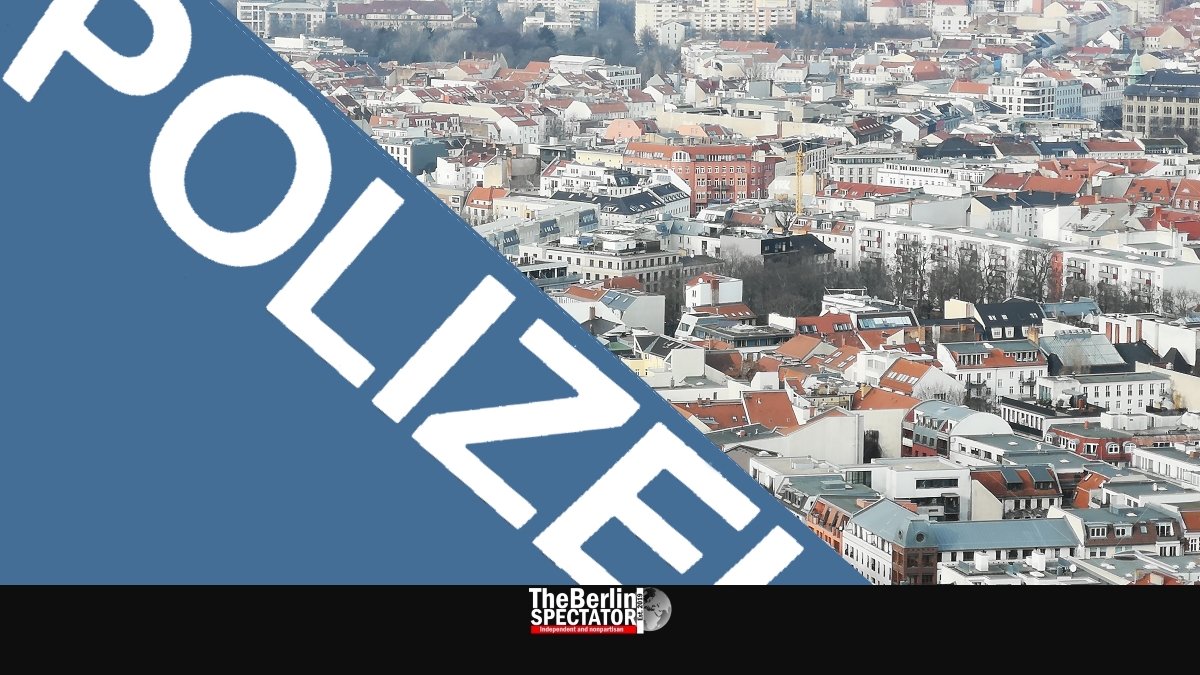 As always in Berlin, the city’s Police Department (‘Polizeidirektion’) was busy with both serious and less serious offenses and crimes this week.

The most serious case remains that of 15-year-old Rebecca who has been missing since February 18th. Police believe she became victim of a terrible crime. Therefore the homicide division took over the case last week.

On Friday, Rebecca’s brother-in-law was arrested and questioned. But a judge ordered his release shortly after, due to a lack of evidence. Both homicide detectives and prosecutors are investigating at full stretch, according to a police statement.

Another missing person case kept officers busy in Berlin’s Weissensee borough. A handicapped man from Moldova left a care home on February 23rd, and has not returned since.

Residents in Adlershof called 110 on Saturday when they noticed a Mercedes which was on fire. Fire fighters extinguished the flames, while the state security department started its investigation into an act which might have a political background.

On Friday, officers also had to deal with an argument between a man and a lady in Spandau, during which the man damaged the woman’s bike and a shop window. Later he used a gas pistol to fire shots at her.

On Thursday, police caught a man who threatened pedestrians with a knife in Köpenick. In Friedrichshain, a bicyclist sustained injuries after falling from his bike, and in Pankow a 14-year-old was attacked and robbed.

In the meantime, a resident was attacked by two criminals in his own apartment in Wilmersdorf. Two men rang the bell. When the victim opened the door, he was constrained by the gangsters. Later he managed to flee from his apartment and call the police.

At Görlitzer Park in Kreuzberg, a young man was attacked with a knife on Friday. The attacker injured the victim’s buttocks. Police are on the case. That same day, officers in civilian clothes arrested an impostor who pretended to be an insurance agent and tried to steal money from a 70-year-old lady.

In Berlin’s Charlottenburg borough, two shacks in an area full of garden plots burned down. Since it was probably arson, police started a thorough investigation.

In Schöneberg, police had to stop an illegal car race while two cars were set on fire in Alt-Hohenschönhausen. They also arrested a couple who tried to steal money from an elderly man by pretending they were his relatives.

Police and customs checked several restaurants and bars in Schöneberg and Mariendorf on Tuesday. They closed one so-called Sisha bar and three restaurants because of violations against the Youth Protection Act. In one case, the owners are suspected of tax fraud.

A hit and run, an armed assault on a flower shop and gangsters who blew up an ATM kept police busy as well. It was another long week in Berlin.