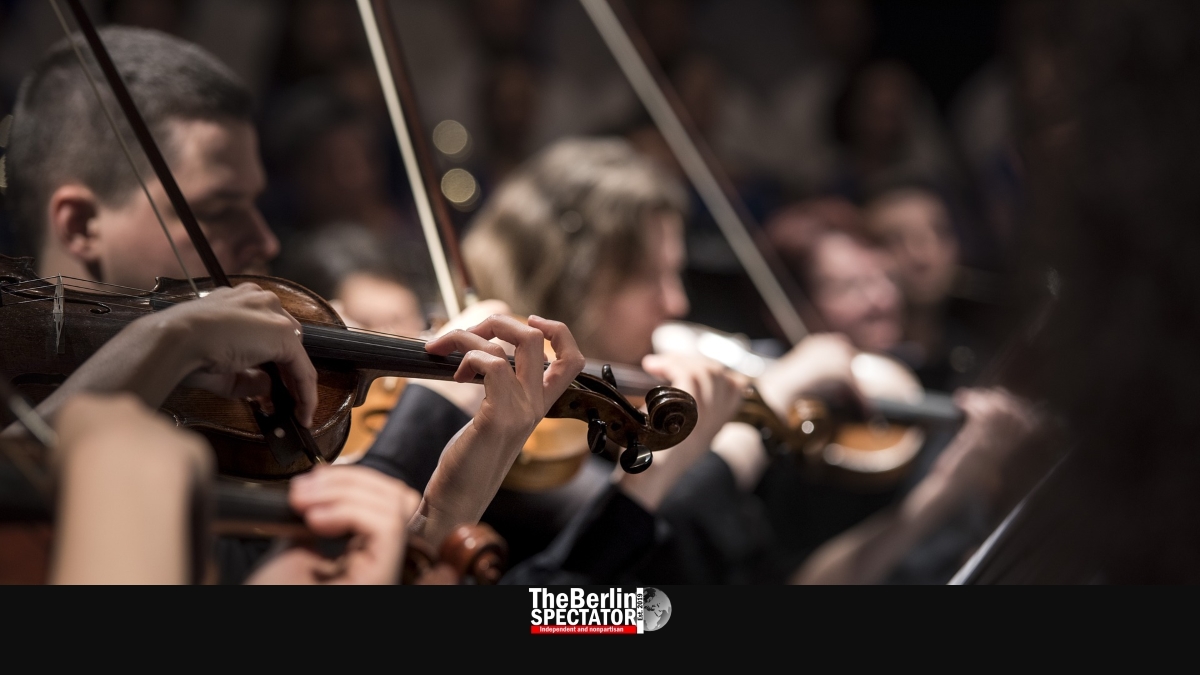 Stunning classical music concerts keep on taking place in Germany’s large cities. For lovers of the genre, being there is probably the most desirable option, but also the most expensive one. The other way is to listen to those concerts live, thanks to the ARD radio network. They are even broadcasting live from the New York Met.

These are a few examples for upcoming concerts which can be enjoyed live on site or from home:

On March 21st, 2019, Sir Simon Rattle will be back in Berlin. With the Berlin Philharmonic Orchestra, the conductor will be offering Helmut Lachenmann’s contemporary piece ‘My Melodies’ and Schumann’s Symphony No. 2 in C major. During his time over here, Rattle usually chose both modern and classical compositions for his memorable performances. He is not changing his concept for this special evening.

The Italian star pianist Francesco Piemontesi will be the soloist when the NDR Radio Philharmonic Orchestra hits the stage at the NDR’s Broadcasting Hall in the northern German city of Hanover on March 21st. None other than Andrew Manze will conduct this concert. Johannes Brahms’ Piano Concert No. 2 in B flat major and Symphony No. 2 in D major by Jean Sibelius are listed on the program leaflet.

For this special evening, Pablo Heras-Casado, the SWR Vocals Ensemble as well as the SWR Symphonic Orchestra are teaming up in Stuttgart. They will be presenting “Warum ist das Licht gegeben dem Mühseligen” by Johannes Brahms, a composition written for choirs, and Symphony Nr. 5 in d minor by Dmitri Shostakovich.

Violinist Emmanuel Tjeknavorian was born on the same day as Yehudi Menuhin, but 79 years later. Menuhin died in Berlin exactly 20 years ago. His young heir Tjeknavorian will be featured by conductor Pablo González. Compositions by Berlioz, Sibelius and Nielsen are part of the program.

‘Samson and Dalila’ at the New York Met

Legendary Band 10cc to Hit German and other European Stages

Germany Advises Against Trips to U.S. due to Corona and…

Germany’s President Steinmeier: ‘In Halle, a…

Penny Bochum: The Rise of the ‘AfD’ from a…

Opinion: The Biggest Nuclear Power Fans Do Not Want its…