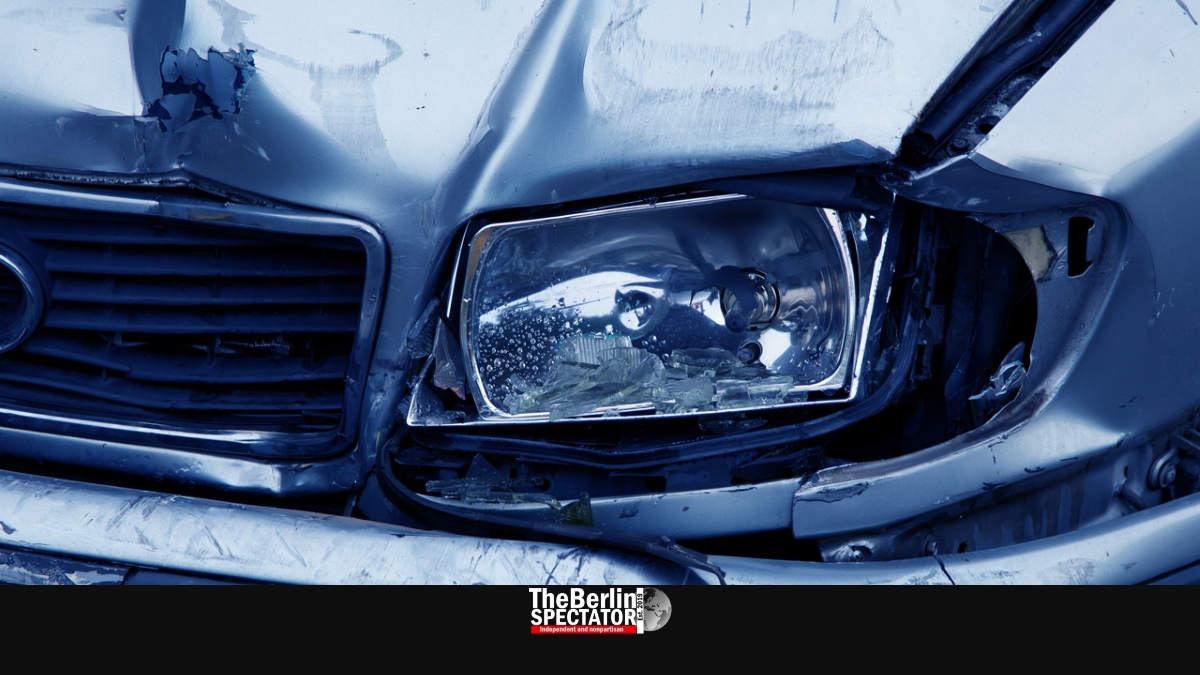 In 2018, the number of people who died as a result of accidents on the streets of Berlin has increased from 36 in 2017 to 45. This was announced by Berlin’s police chief Barbara Slowik this morning. A total of 2,542 people were severely injured in accidents last year, and 15,630 slightly.

Compared to 2017, the number of accidents, slightly and severely injured individuals increased. Both police chief Barbara Slowik and Berlin’s Senator of the Interior, Andreas Geisel, said that in 2017, there had been an unexpected decrease, by coincidence.

Slowik told reporters, the increase by 901 accidents in 2018, in spite of all measures taken by police to minimize the numbers as much as possible, had to be put in perspective. The city of Berlin was growing rapidly, and with it the number of traffic participants. Proportional to the number of residents, the number of accidents had even decreased.

Out of the 45 street accident fatalities in 2018, 30 were pedestrians or bicyclists, Barbara Slowik said. Three of the victims who had died in cars had been in one and the same vehicle.

Since 1990, the number of fatalities in Berlin accidents has decreased substantially. In 1990, 226 people died on the streets of the German capital. Ten years later, in the year 2000, there were 89 victims. By 2012, that number had decreased to 42.

On the other hand, the total number of accidents has been increasing substantially since 2005, when 121,149 of them were recorded, compared to 144,325 in 2018. At the same time, more and more vehicles are registered in Berlin. In 2016, 3.61 million of them moved back and forth on the streets of the German capital. In 2018, that number had grown to 3.75 million, meaning there is about one vehicle per inhabitant.

The main reasons for the accidents which happened in 2018 were mistakes drivers made while taking turns (11,567 cases). In other cases, not giving other drivers their right of way (5,619 cases) and speeding (2,330 cases) caused accidents. In 1,333 cases, alcohol was involved.

Pedestrians and bicyclists, the weakest traffic participants, caused hundreds of accidents as well. In 856 cases, pedestrians involved in accidents in Berlin ignored the street traffic, in 171 they suddenly entered the street when vehicles were approaching, and in 246 cases they ignored red pedestrian lights.

Barbara Slowik said at her press conference this morning, the Berlin Police Department would continue its efforts to fight the main accident causes, including speeding. The city is now testing two speed cameras hidden in small trailers. These mobile speed traps will be used at different spots around the city.

In Berlin, police keep on fighting drunk driving too. They are stopping drivers who make mistakes while taking turns, who are suspected of driving insecure vehicles and who ignore traffic lights. They are also active at schools, where they educate children about traffic safety.

Barbara Slowik’s Berlin Police Department is also waging a war against illegal street races, which often take place at night, for instance on Kurfürstendamm, a main shopping street in the area which used to be West Berlin before Germany’s reunification. And they are stopping so-called posers, mostly young men who show off expensive cars by speeding and tampering with their exhaust systems to make them sound louder.

Berlin’s Senator of the Interior, Andreas Geisel, said aggressive driving on the streets of Berlin had increased. He had noticed this tendency himself, as a driver, he stated. Geisel thanked all police officers for their work and said the city state of Berlin was in the process of increasing the number of officers substantially.