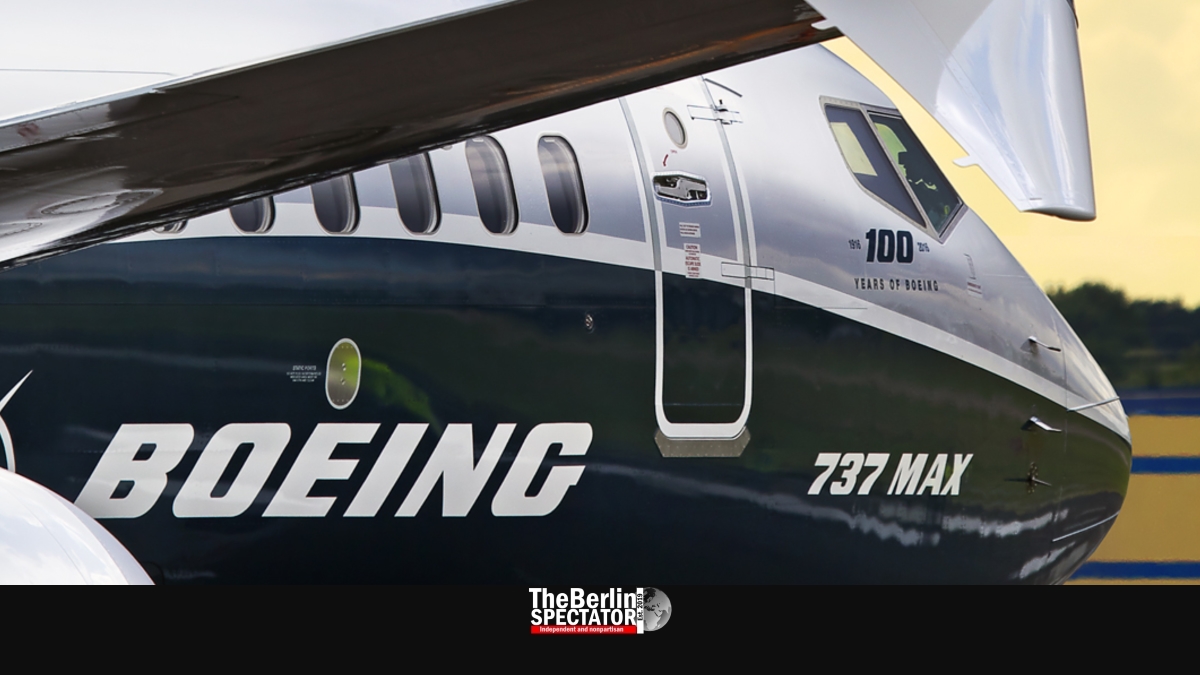 Hours before, several E.U. countries had banned the model, including Germany and the United Kingdom. At first, Berlin had refrai9ned from banning the aircraft.

Thomas Jarzombek, the Berlin government’s coordinator for aviation, had said he was against taking measures prematurely. “We should not react hastily, since it is not known what the causes of the crash are”, he had told RBB Inforadio, a division of the nationwide radio and TV network ARD.

Things were not always as simple as they seem at first, Jarzombek had stated. “You can’t just impose a ban. At the end of the day, you will need a piece of evidence.” By now, the Boeing 737 MAX is banned anyway.

So far, German airlines are not using the Boeing 737 MAX, according to the Ministry of Transport in Berlin. The first aircraft of this kind will supposedly be delivered to them in April.

The German travel operator TUI does own Boeing 737 MAX aircraft. According to German-language media, the company said it would continue using those planes on their routes from the Benelux states and the United Kingdom to Cape Verde and the Canary Islands.

TUI said passengers with concerns had the opportunity to change their flights, but they would be charged for doing so. There was no reason for a flight ban. But now that the E.U. flight ban for the model was announced, TUI will have to adhere to it.

On Sunday, a Boeing 737 MAX 8 owned by Ethiopian Airlines had crashed shortly after takeoff, near Addis Ababa. Flight 302 was supposed to take 149 passengers to Nairobi. All of them died in the crash, along with eight crew members.

Because a Lion Air aircraft of the same type had crashed just a few months before, in October of 2018, several countries fear both accidents may have to do with a technical issue with the model and imposed flight bans. 189 people died during that first crash.

Australia and Singapore imposed flight bans on the 737 MAX 8. So did China, Indonesia and South Korea, while the American Federal Aviation Administration (FAA) said these planes were safe. At this stage, 371 Boeing 737 MAX 8s were supposed to be operational across the world.

Some airlines like Aeroméxico, GOL and Eastar Jet said they would not be using their aircraft of this type until further notice.

In the meantime, U.S. President Donald Trump said airplanes were “becoming too complex to fly”. He twittered, pilots were no longer needed, but “scientists from MIT”.

The Boeing 737 has been Boeing’s most popular model for decades. In the industry, it is known as the work horse for short and medium range flights. Airbus’ equivalent model would be the A319 and A320.

Boeing’s latest 737 comes in four versions. There is the Boeing 737 MAX 7, the MAX 8, MAX 9 and MAX 10. These models are based on the same type, but have different capacities and ranges.