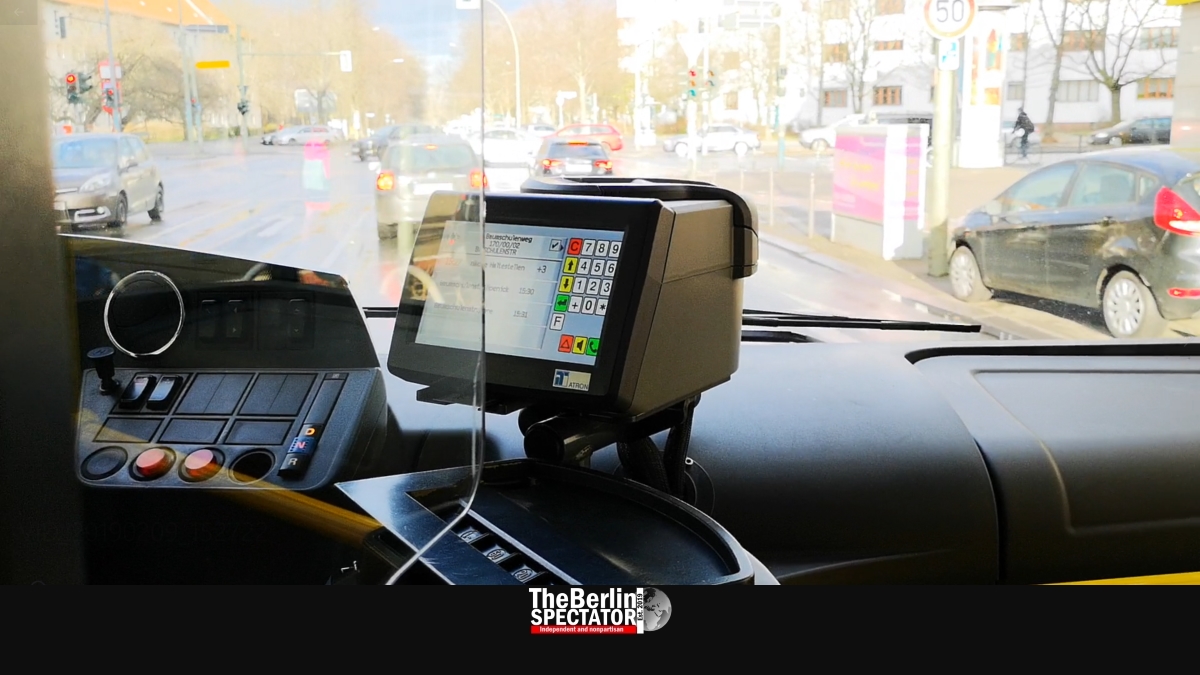 Berlin has to expect traffic disruptions again on Thursday, when thousands of bus drivers and technicians employed by the public transport operator BVG will go on strike. The walkouts were announced by their union Verdi. In this case, they will commence in the early morning and end at 10 p.m..

With this new warning strike, Verdi intended to put pressure on the employers, its chief negotiator Jeremy Arndt said. “This is how the bargaining committee reacts to the employers’ insufficient offer, which actually includes a degradation of labor conditions”, he continued.

So far, Verdi and the state-owned BVG have not reached any agreement in the two rounds of negotiations they have held. On February 15th, a big warning strike affected Berlin’s U-Bahn (the city’s metro, subway or underground equivalent), its trams and buses.

Because that first warning strike in years had been announced days before, most Berliners were prepared. They organized driving pools for school children and employees or went to school and work by bicycle.

The next round of negotiations is scheduled for March 28th, 2019. At this stage, more walkouts do seem likely.

While the union wants a reduction of working hours to 36.5 hours a week for all 14,000 employees with no loss of pay, as well as Christmas bonuses for new employees and a one-time-payment for everyone, the BVG firmly rejects the demands. The BVG says it would have to employ hundreds of additional drivers if Verdi’s demands were implemented.

A spokeslady for the BVG said passengers had no claim for compensations because the BVG itself would not be on strike, but rather strike-hit. That was why, legally, it was a force majeure case.

According to the German-language daily ‘B.Z.’, four white shuttle buses at Tegel Airport will be available. They will take passengers from the terminal to the next U-Bahn (underground, subway, metro), which is Jakob-Kaiser-Platz and vice versa. The number of staffers on duty will be increased.

At Schönefeld Airport, there is a roofed footpath to the next S-Bahn (city train) station, which is only some 300 meters away.