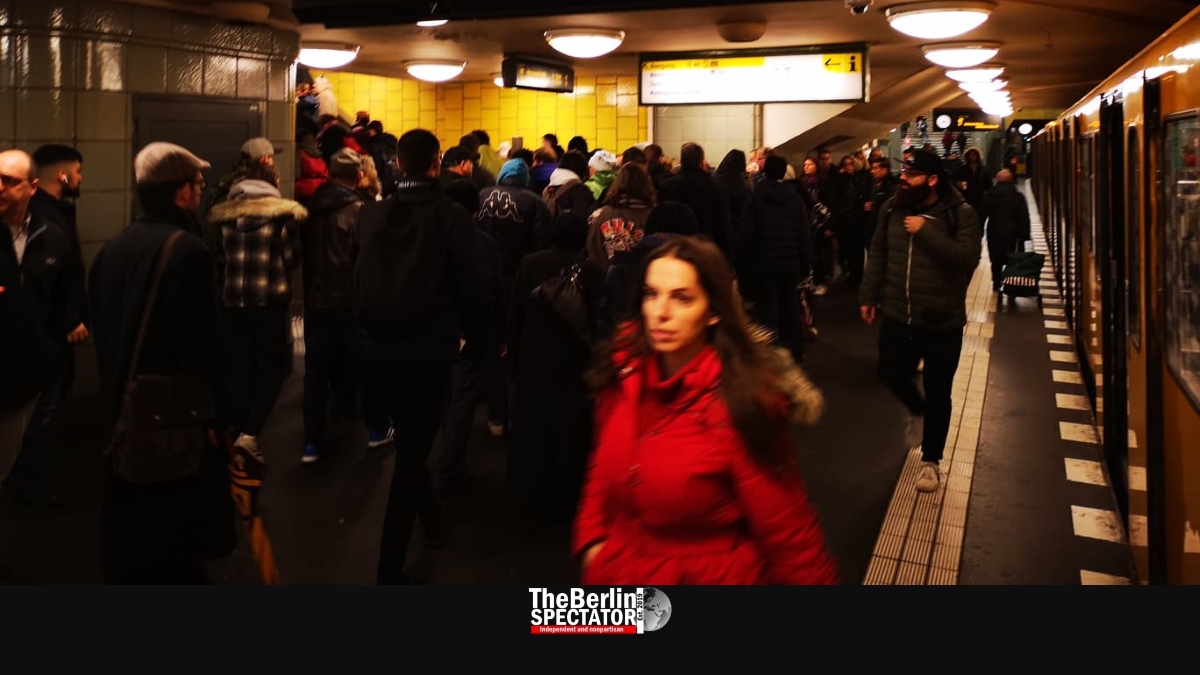 Contrary to reports in some German-language media, the warning strike hundreds of bus drivers participated in on Thursday affected the U-Bahn, Berlin’s subway or underground, as well. On the lines U7 and U8, passengers had to wait a long time. In the early morning, some trains could not accept any more passengers since they were full. This kind of situation is a regular occurrence in Tokyo or Mexico City, but not in Berlin.

In train stations, audio messages by Berlin’s public transport provider BVG said the irregular U-Bahn traffic was connected to the bus driver walkout. Passengers were asked to be patient. Stations filled up fast, most U-Bahn trains were full even in the late morning.

With its latest strike, the Verdi union wants to put pressure on the BVG, which is rejecting the union’s demands. In the first three rounds of negotiations no breakthrough or approximation was achieved.

Bus lines serviced by private companies were operational on Thursday, but Berlin did feel the effects of the strike. Within the city ring, many Berliners were forced to walk a lot, to use their bikes in rather wet weather, to spend money on taxis or to use their own. Traffic in many areas was tight, especially this morning.

In parts of the outskirts of Berlin, many residents mainly rely on bus connections. Today, they needed to choose an alternative means of transport. In the eastern part of the city, trams were the transportation of choice in many cases.

It is the second time in a month that Berlin needs to put up with a BVG warning strike. Many Berliners do support the union’s demands and activities, others do not.

Passengers complained that the BVG app, which is being used by tens of thousands of Berliners, showed bus connections today, even though most bus lines were not operational due to the walkout. To some tourists and residents, who might not have read any newspapers, the strike was a bad surprise.

Berlin now fears yet another all-out BVG strike, which seems likely at this point. The next round of negotiations is scheduled for March 28th.