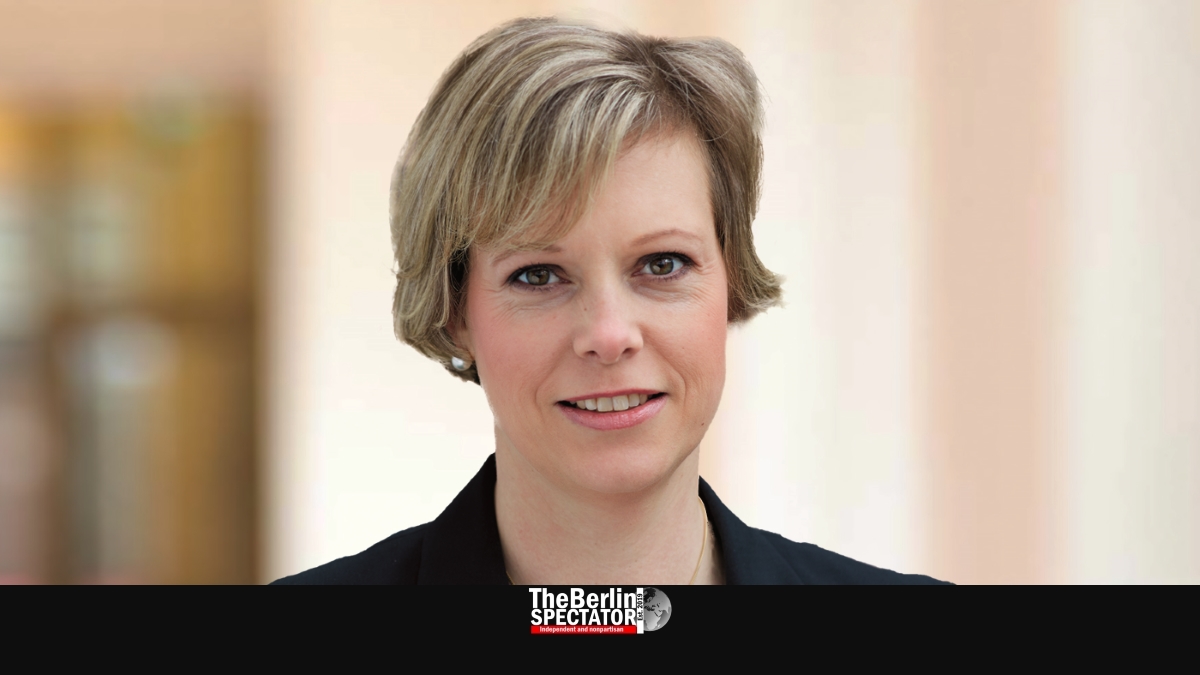 The Christian Democratic Union (CDU) in the city state of Berlin sharply criticized an event scheduled for Friday, during which Rasmea Odeh will hold a speech. Odeah is a Palestinian terrorist who took part in two attacks in which two Israeli students were killed.

In spite of those murders, the organizers of the event in Berlin are celebrating her as a “liberated female Palestinian inmate from occupied Palestine”. In 1970, Odeh received a life sentence in Israel. Ten years later, her early release was part of a prisoner exchange. She is a member of the terror organization PFLP.

The event is scheduled to take place on Friday at the at the Alevist Dersim community center. It is being co-organized by the BDS movement, which had always claimed it had to ties to terrorists.

For the CDU, Cornelia Seibeld said there was no room for Israel haters in Berlin. “The Senate has to reject and stop the scheduled appearance of the Palestinian, antisemitic terrorist Rasmea Odeh”, Seibeld stated.

She said it was scandalous and incomprehensible how a murderess and antisemite could be declared a role model. Berlin’s Governing Mayor Müller, Justice Senator Behrendt and undersecretary Chebli needed to make sure there was clarity.

According to Seibeld this is about averting damage to Berlin. Also the credibility of the left-wing government coalition of the city state of Berlin was on the line, she stressed. Just two days ago, the latter had announced a concept for a better protection of Jews.

At the same time, Germany’s Ministry of the Interior, lead by Minister Horst Seehofer, who is one of the most prominent members of the CDU’s sister party CSU, did not intend to stop Odeh or her event either, the Jerusalem Post reported. The ministry told the Israeli daily, it could not do anything about it.

Later, Governing Mayor Müller did comment on the event, saying the Berlin Senate shared the dismay. The event was a political provocation. What demands for banning the PFLP was concerned, the federal government was responsible.

In an interview with Fox News, the American Ambassador to Germany, Richard Grenell commented on the Odeh case: “Offering a public speaking role to a Palestinian terrorist convicted of murder, terrorism and immigration fraud legitimizes antisemitism at a time when we should be condemning it.”

“I join the chorus of others who have raised their voices in Berlin standing against anti-Semitism no matter where it’s found”, Grenell told the conservative news organization.

The Israeli Ambassador to Germany, Jeremy Issacharoff, told the same publication he was shocked the convicted PFLP terrorist was invited to hold a speech in Berlin. Odeh was personally responsible for the murder of two Israeli students, he said.

According to the Jerusalem post it is likely that Germany facilitated Rasmea Odeh’s trip from Jordan to Germany, by granting her a visa through its “authorities”, meaning its consulate in Jordan.

The Jewish Forum, a German organization, and the prominent Green politician Volker Beck had harshly criticized the event with Odeh and the German authorities as well.

Antisemitism continues to be a subject in Berlin and all over Germany, for many reasons:

Yesterday, the NGO ‘Werteinitiative‘ (‘Values Initiative’) said events like the one with Ramea Odeh on Friday were designed to make anti-Israeli terrorism acceptable in Germany. That way, antisemitism in society would be promoted. Also this kind of event contradicted a free and democratic social structure.