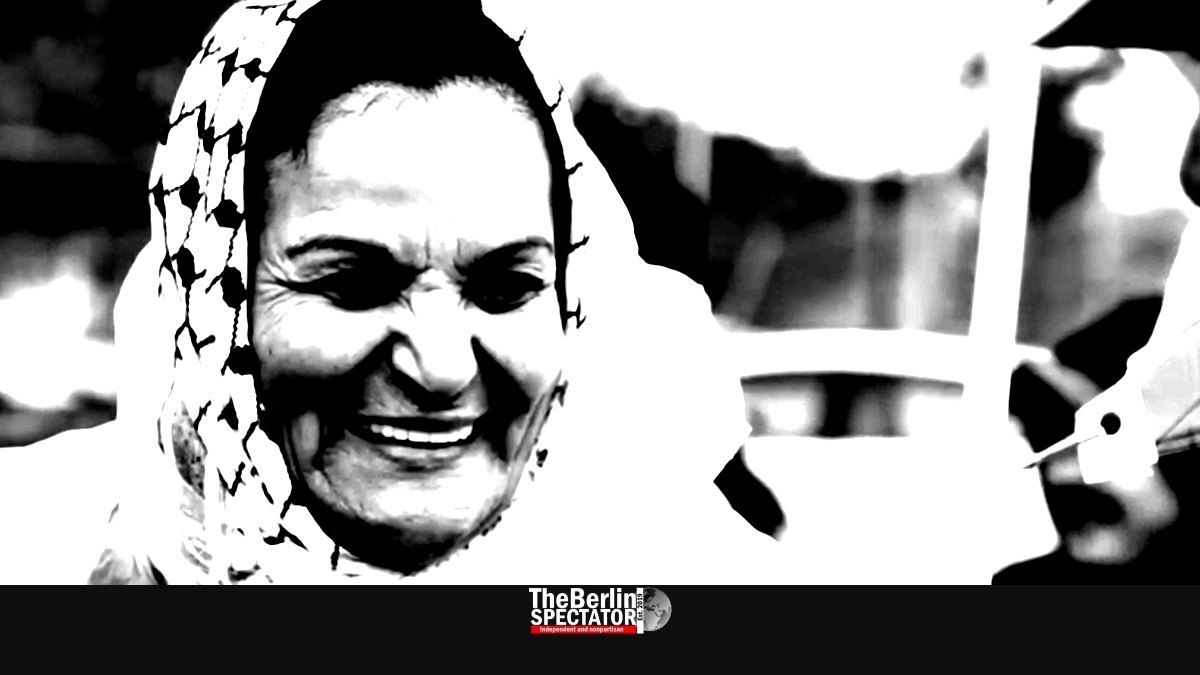 Update March 17th, 2019: ‘Haaretz’ reports pressure from Israel had contributed to the decision to deport Odeh. A statement said “thanks to pressure exerted by Minister for Strategic Affairs, Gilad Erdan, and a series of Jewish organizations in Germany, including a protest by the Israeli ambassador to Germany”, the event had been forbidden and the deportation prepared.

Germany will deport the Palestinian terrorist Rasmea Odeh. Her visa for the Schengen states was cancelled on Friday. The 71-year-old Odeh is not allowed to take part in any political events in Berlin anymore.

A scandal had erupted earlier this week, when the German-language Tagesspiegel daily had reported Odeh would hold a speech at a Berlin event which was reportedly co-organized by the BDS and other organizations said to follow antisemitic and pro-terror agendas.

Pery Smadar, a Berlin-based Israeli activist, organized a rally in front of a community center in Berlin’s Kreuzberg borough where Odeh was supposed to speak in front of an audience. Earlier this evening, some 50 participants protested against Odeh’s presence in Germany and against the event she was scheduled to participate in.

Before 6:00 p.m., police officers approached Rasmea Odeh, confiscated her passport and instructed her to come to the foreigners’ registration office on Monday. She might be deported to Jordan on the same day. The terrorist was also told not to participate in any events of the kind she was going to attend.

NGOs and Berlin politicians, including Volker Beck of the Greens and Cornelia Seibeld of the conservative CDU’s Berlin division, had slammed the authorities for letting Odeh enter the country, and the organizers of the event where she was supposed to speak. Organizations such as the Jewish Forum in Berlin had supported the demonstration registered by Pery Smadar.

Berlin’s Governing Mayor Michael Müller welcomed the measures taken against Rasmea Odeh on Friday evening. “Berlin is an open-minded and tolerant city, which will not provide room for extremist propaganda”, Müller said.

“Anti-Israeli and antisemitic resentments, packaged in liberation rhetoric” would not be accepted. “I am glad we found a way to stop this agitation”, the Mayor stated.

Berlin’s Senator of the Interior, Andreas Geisel, said freedom of opinion was important. But agitation against Israel and Jews would cross the line. The city of Berlin stood for solidarity, but it was no place for division and propaganda.

In 1969, Rasmea Odeh was part of a terror attack in which two Israeli students were murdered. She also participated in a second terror attack. Afterwards, she got a life sentence in Israel, but was freed after ten years, as part of a prisoner exchange. Two years ago she was deported from the United States.

Odeh was supposed to talk about “Palestinian women in the struggle for liberation” at the Alevist Dersim religious community in Berlin’s Kreuzberg borough. Dareen Tatour, a poet who was convicted of inciment and support of terrorist organizations, was scheduled to join her. Both Odeh and Tatour had been announced as “liberated female Palestinian inmates from occupied Palestine”.

Pery Smadar just told The Berlin Spectator, there had been “lots of little wheels in the clockwork”. That is why the protests, online and offline, had been successful.