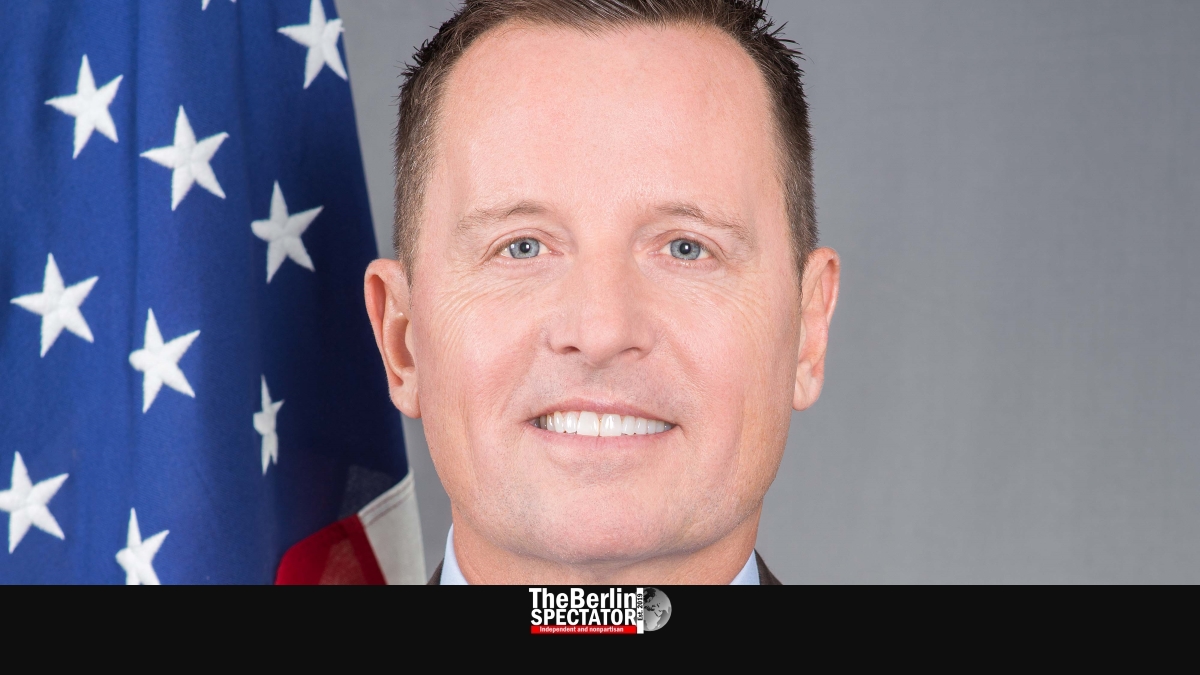 The Ambassador of the United States of America to Germany, Richard Grenell, has harshly criticized the United Nations Human Rights Council (UNHRC) today, for singling out Israel and for passing far more resolutions against the predominantly Jewish state than against all other countries combined.

At a rally organized by the NGO ‘U.N. Watch’ in Geneva, Ambassador Grenell said the UNHRC was discussing “a set of phony allegations” against Israel, yet again.

Grenell told the participants of the protest: “I think it speaks to the integrity of the Human Rights Council that we already know what the decision will be before they even vote.” By saying so, Grenell was referring to the voting history of the U.N. body.

“Among those deciding whether Israel has violated Human Rights will be representatives from absolute monarchies, one-party states and military dictatorships. I think it speaks to the sincerity of the UNHRC that its agenda is determined by those who respect its mandate the least.”

For that reason, the United State have left the so-called Human Rights Council in the summer of 2018, while Germany and other European countries still refuse to do so.

“There is a reason why this happens, in every session, multiple times every year. No matter which countries are elected for membership”, Grenell told the protesters. “The Human Rights Council has what it calls ‘agenda item 7’, a permanent directive to debate the Human Rights Record of Israel at every council session. Such a directive does not exist for any other country on the entire planet.”

Ambassador Grenell directly accused the UNHRC of antisemitism. “An institution whose entire world view is dominated by the fear and fantasy of Jewish criminality has lost the ability to be rational, to understand cause and effect and to make positive change”, Grenell said at the Geneva protest.

“Like a drug addiction, antisemitism is both a disease and a source of comfort for many”, he stated. “In the case of the UNHRC, antisemitism comes from the belief that the awesome responsibility of promoting Human Rights consists almost entirely of criticizing one small democracy already struggling to survive.”

“Applying one standard to Israel and not applying the same to other countries is antisemitic”, Grenell said.

Apart from Ambassador Grenell, many other speakers blasted the UNHRC’s treatment of Israel in front of the U.N.’s Geneva headquarters. They included Dore Gold, the President of the Jerusalem Center of Public Affairs, the French author and former ‘Charlie Hebdo’ editor Philippe Val and Knesset member Einat Wilf.

Colonel Richard Kemp was there as well, along with MEP Peter Niedermüller, Czech MP Jan Bartošek, and Joël Herzog, President of the Association Suisse Israël in Geneva, plus many other speakers.

‘UN Watch’s founder Hillel Neuer (read separate article Hillel Neuer: The Advocate of Truth at the U.N.), who was also the organizer of today’s Geneva protest, collected 12,000 signatures under a petition which demands equal rights for Israel and an end to the discrimination against the Jewish state. The petition was handed over to the UNHRC today.

In some European countries, the U.N.’s bias against Israel is a subject of debate. Only a few days ago, the German party FDP came forward with a motion at the Bundestag, which asked the Berlin government to refrain from voting against Israel in biased U.N. resolutions brought forward by a group of Arab states. The motion was rejected with the votes of the coalition parties.

Ambassador Grenell has been known as a supporter of Israel for a long time. Just last week, he exercised his influence in order to pressure Germany into deporting the Palestinian terrorist Rasmea Odeh who was supposed to hold a speech in Berlin. (Read separate article: Germany to Deport Palestinian Terrorist Rasmea Odeh)