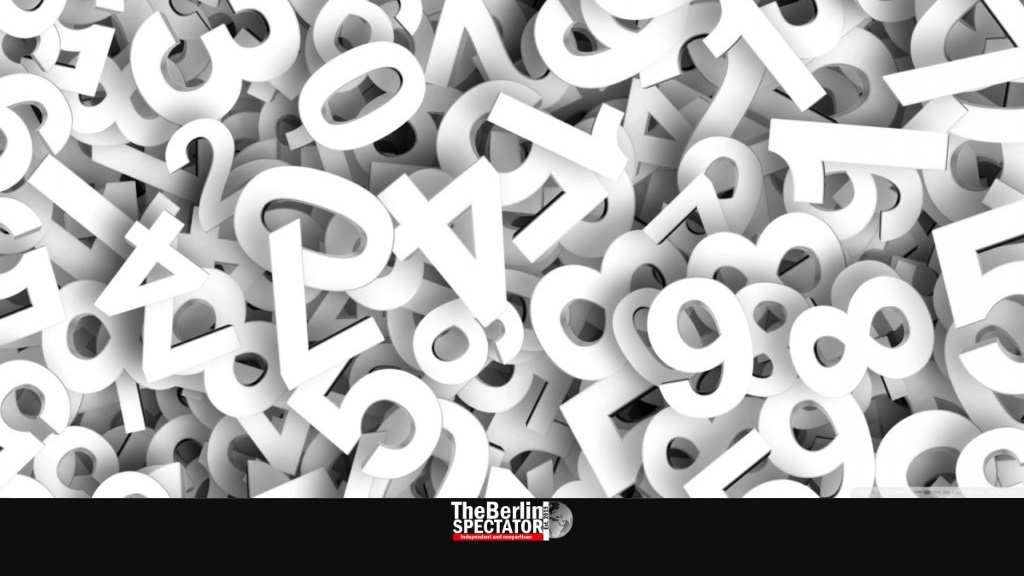 15: This is how many Diesel ban zones Berlin’s Environment Senator Regine Günther of the Greens wants to introduce in Berlin.

36.5: The number of weekly working hours the Verdi union is demanding for all 14,500 employees of Berlin’s big public transport provider BVG.

152: This is how many bus lines there are in Berlin, along with ten U-Bahn (subway, underground, metro) lines, 22 tram lines and 16 S-Bahn (city train) lines.

65.8: The percentage of votes Raed Saleh got from his Social Democratic colleagues yesterday, during his reelection as chairman of his party’s caucus at the Berlin House of Representatives.

10.874: The number of dogs registered in Berlin’s borough Marzahn-Hellersdorf. Because of all the dog shit in local parks, a company is now in charge of setting up so-called dog service stations where dog owners can get bags they can use to clean up after their four-legged friends.

3.5 months: The age of the cute little polar bear girl in one of Berlin’s two zoos. German-language dailies can’t get enough of that cutie which does not have a name yet.

30: The number of years Berlin has been without the Wall, which divided the city for 28 years.

6 direct intercontinental flight connections are being offered at Berlin’s four large airports, two of which are operational.

15 is the number of questions our Berlin Quiz has.

31: The number of hours residents in Berlin’s Köpenick, Müggelheim and Lichtenberg boroughs were without power the other day.

8.1 percent was Berlin’s unemployment rate in January of 2019.