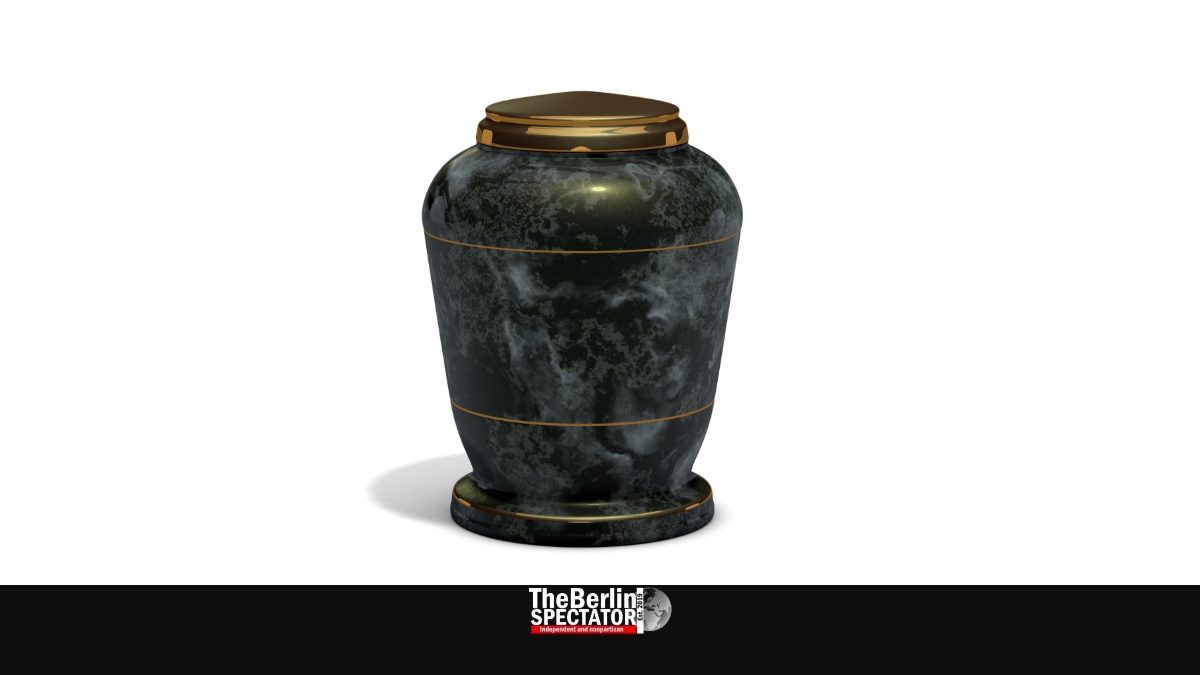 Berliners who pass away are increasingly being cremated, according to numbers provided by the two crematories in the city. Exactly 16,090 corpses had been burned in 2018, 770 more than in 2017, the RBB, a division of the ARD radio and television network, reports.

In Berlin, about 93 residents die every day, or 34,000 per year. About 45 percent of them choose cremations before they pass. In some cases, their families take that decision. In the entire country, that share is a lot higher. It stands at 67 percent.

But there seems to be a reason for Berlin’s comparatively low number of cremations: Not all of them are listed, because many morticians have corpses cremated in Poland of Czechia, according to the RBB, since prices are substantially lower in those neighboring countries. That is why the Berlin Senate administration believes the number of cremations is actually a lot higher.

The large number of Muslims in Berlin influences the number of cremations as well, since they do not have them for religious reasons.

In spite of the general increase, the capacity of Berlin’s crematoria has not been reached, the RBB reports. The city’s crematoria can cremate 21,000 bodies per year, also because they work in three shifts.

Historically, cremation is a difficult subject in Germany, since the Nazis murdered six million Jews and tens of thousands of Gypsies, homosexuals and other minorities. Many of the victims were cremated in death camps. But this is different.

According to laws valid in Berlin, bodies need to be examined twice by coroners before they can be burned. In up to three percent of the cases, clues pointing towards homicide are being discovered during the second examination. In this cases, police detectives are being notified and start investigating.

There are 221 cemeteries in Berlin. Some are state-owned, others belong to the Churches or other religious organizations. In both Berlin and the entire country, the trend towards cremations means less space is being used for graves.

In most of Germany, bodies or the ashes of the dead, in funerary urns, may not be buried in private gardens, but at official cemeteries only. The federal state of Bremen recently changed the law because more and more families had inquired about burials in their gardens.