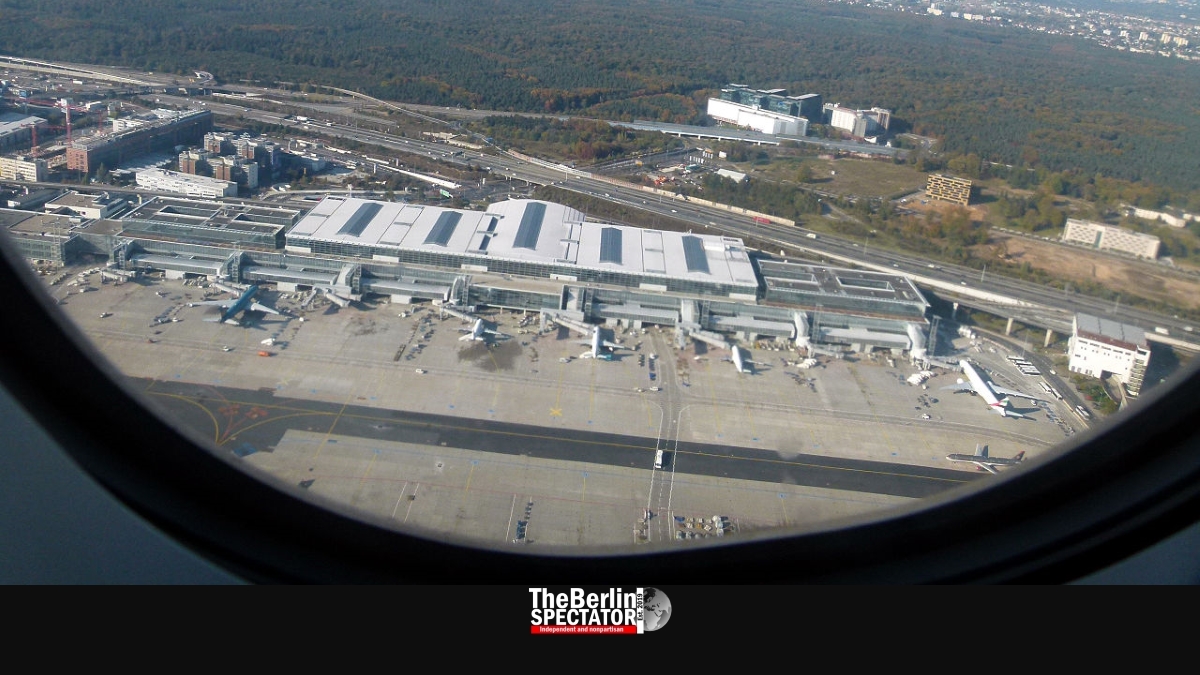 In Germany, the issue involving air traffic control around Frankfurt and in the south-western part of the country persists. Because of a software problem, the German Air Navigation Services (‘Deutsche Flugsicherung‘, DFS) decreased the number of flights in those regions by 25 percent.

Yesterday alone, Lufthansa, Germany’s national carrier, was forced to cancel at least 46 flights from Frankfurt Airport, the airline’s main hub. As many as 4,500 passengers were affected. Today, more flight cancellations might be necessary. Lufthansa is asking passengers to check the status of their flights ahead of time.

The problem first appeared on Wednesday of last week. A software program used by air traffic controllers responsible for flights in the busiest part of Germany’s airspace started malfunctioning. The program is supposed to give controllers information about the type of aircraft used for each flight, the route and the estimated time for flyovers.

According to the DFS, all other systems used work without any issues. The safety of the air traffic over Germany was not affected, a statement said.

At Berlin’s two airports, Schönefeld and Tegel, no problems were reported, at least so far. Around Frankfurt, the issue does not only affect thousands of passengers, but also Lufthansa. So far, the airline has not said how much it is losing due to the problem, but the damage will for sure amount to millions of Euro.

On Wednesday night, the DFS intends to “try to” install a new software program at its headquarters in Offenbach. The organization was “hoping to” resolve the issue that way, a statement read. A quick solution to the problem does not seem to be guaranteed, judging from the wording of the DFS’s statements.

The software issue is not the only problem Germany’s air traffic control is facing. Last month, ‘GdF’, the union for controllers, said there would be delays for many flights during the upcoming summer season because of issues with the DFS’s human resources planning. The number of apprenticeship places was insufficient, the union announced. This problem would lead to “gaps”.

According to the DFS itself, the number of apprenticeship places was increased substantially. The organization said there were 2000 active flight controllers and 213 apprentices in Germany. This year alone, 122 new controllers would start working.

In neighboring Austria, negotiations between Austro Control, the company which provides air traffic control, and a union for employees are ongoing. On Monday, 27 flights needed to be cancelled at Vienna’s Schwechat Airport and 200 delays were registered because of a staff meeting for controllers in the morning.

According to the airport management, the flight traffic was back to normal in the afternoon. A spokesman said it was “regrettable that passengers and employees” had to be “hostages of incomprehensible actionism”.

More turbulence might be ahead in Austria, but on the ground.