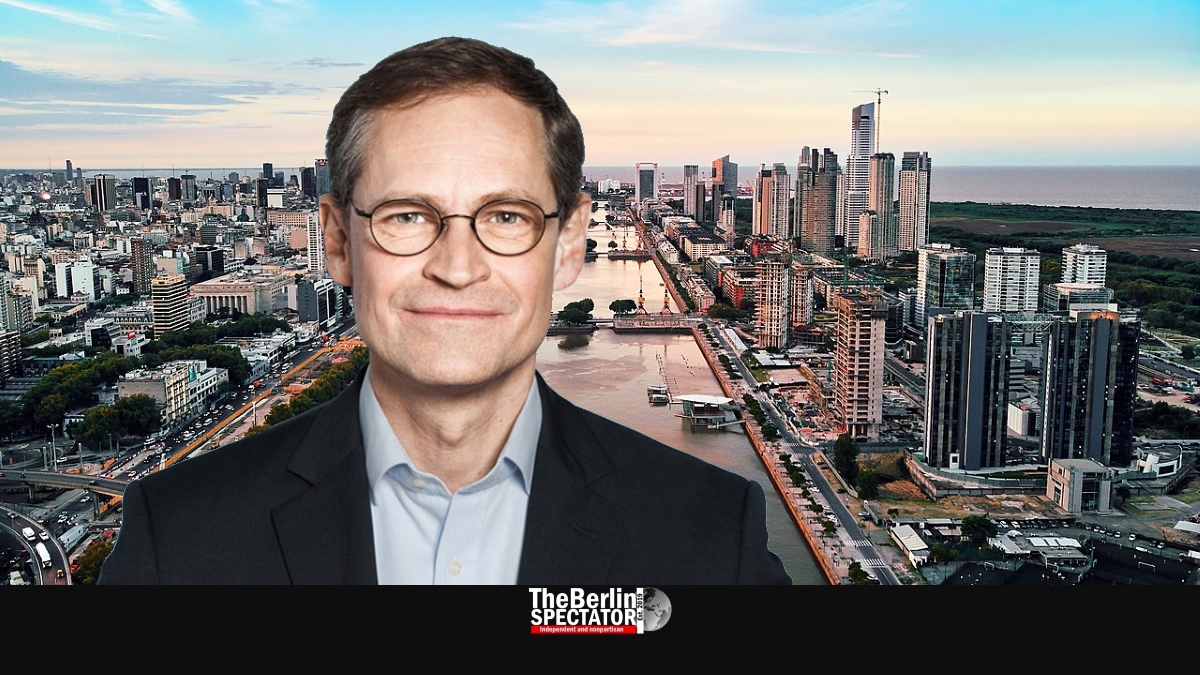 The Governing Mayor of Berlin, Michael Müller will be on his way to Buenos Aires and Montevideo on Thursday. He is being expected in the Argentinian capital for the 25th anniversary of the sister-city arrangement between Berlin and Buenos Aires.

In Buenos Aires, Müller is scheduled to meet his counterpart Horacio Rodríguez Larreta with whom he will take part in several events directly and indirectly connected to the partnership. Talks about culture, the environment and science are part of Müller’s program as well.

“Buenos Aires and Berlin have had this successful partnership for 25 years”, Mayor Müller said before departing Berlin. “Together we have built a tight cooperation network. Especially in the areas of culture and climate protection we are cooperating in a way which makes both cities proud.”

Müller will visit the Instituto Judio de Investigaciónes. This organization is working on restoring documents connected to Argentina’s Jewry, its history and culture, which were destroyed in an Islamist terror attack 25 years ago. The Berlin-based Fraunhofer Institute provided technology for this purpose. In May, the restoration project will be introduced at Berlin’s City Hall.

In the bombing on July 18th, 1994, 85 people were murdered at the Jewish community center called Asociación Mutual Israelita Argentina. Hundreds were injured. The terrorist organization Hezbollah and the Teheran regime were accused of being responsible.

Michael Müller will also join the Conference of United Cities and Local Governments (UCLG), during which representatives of cities, regions and countries will discuss cultural cooperation and its significance for cities. At the meeting, Müller and Larreta are scheduled to conclude the visit with an official statement.

But the Governing Mayor of Berlin will not leave Buenos Aires before inaugurating the mural ‘Freiheit/Libertad‘ (‘Freedom’) which was shaped by artists from Berlin. He is also scheduled to visit the Teatro Colón, the Templo Libertad synagogue and the city parliament.

In Montevideo, Müller will meet Mayor Daniel Martínez who is also a candidate for President of Uruguay. As the chairman of the Metropolis city network, the guest from Berlin will lead the organization’s board meeting, before heading back to Berlin on April 10th.