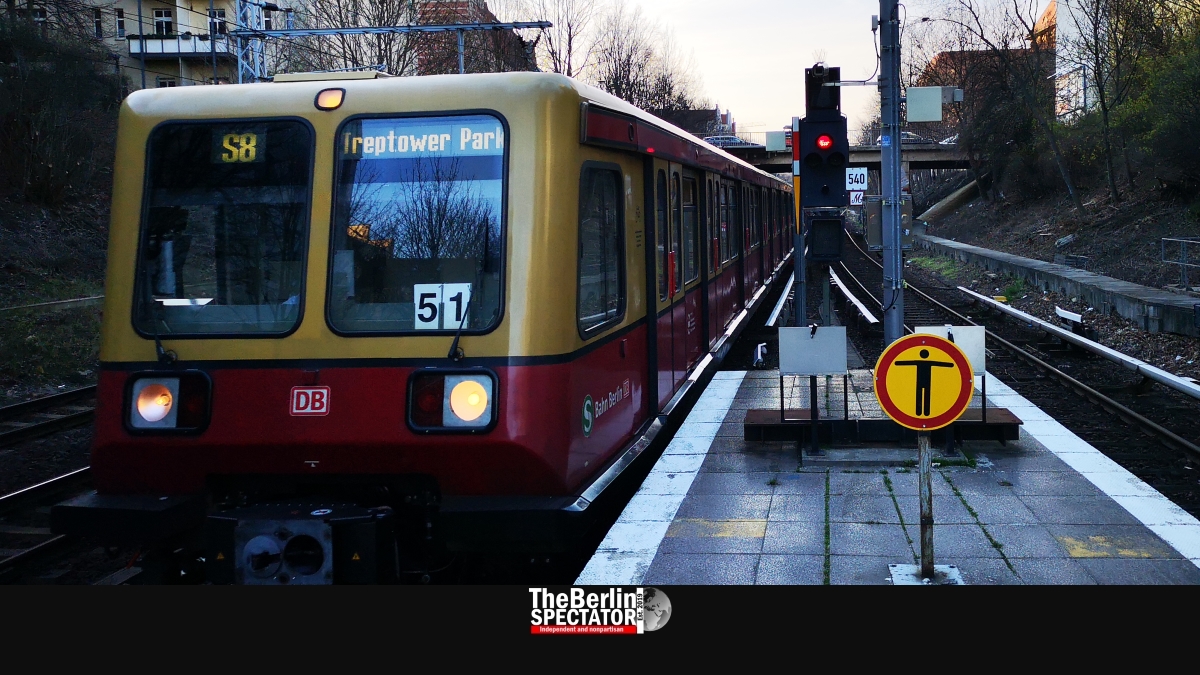 After three warning strikes at Berlin’s main public transport provider BVG and years of construction-related delays and closures, residents will have to put up with more of the latter. Starting on Monday, April 8th, Deutsche Bahn will be replacing tracks on the eastern part of the S-Bahn (city train) ring.

For six weeks, the ring will be interrupted. Passengers were advised to bypass the construction areas using operational U-Bahn and S-Bahn trains as well as other means of transport, such as buses. Deutsche Bahn said the tracks were old and needed to be renewed now. Last time they were refurbished in the 1980s. Main railway tracks will also be affected.

At first, the tracks between the S-Bahn stations ‘Greifswalder Straße’ and ‘Schönhäuser Allee’ will be removed and replaced. The 160,000 passengers who usually travel through that stretch on S-Bahn trains on lines S41, S42, S8 or S85 every single day will have to find alternatives. Many of them will have to expect prolonged travel times.

Starting on April 15th, it will be the stretch between ‘Schönhäuser Allee’ and ‘Gesundbrunnen’. Until further notice, the S9 line will operate every twenty minutes only, also during the week.

When the S-Bahn trains are operational, they usually depart every three minutes during rush hour, every ten minutes during regular hours or every 20 minutes on Sundays and holidays.

Apart from regular train tracks, several switches and a wall will be refurbished during the construction period. The same applies to thick underground cables and train signals. Deutsche Bahn does not want to annoy residents around the city ring. That is why the loud part of the job will be done during the day. At night, construction workers will only transport material.

Some S-Bahn stations will be refurbished as well.

On May 20th, things will reportedly return back to normal, at least on the eastern part of the S-Bahn ring. The construction does have a price tag. It will cost 9 million Euro (10 million Dollars or 7.7 million Pounds).

All in all, Deutsche Bahn will invest more than half a billion Euro (560 million Dollars or 430 million Pounds) in Berlin and the province of Brandenburg alone, were tracks for inter city trains needs to be replaced. Trips on several train routes between western Germany and Berlin will take up to three hours longer during the construction period.