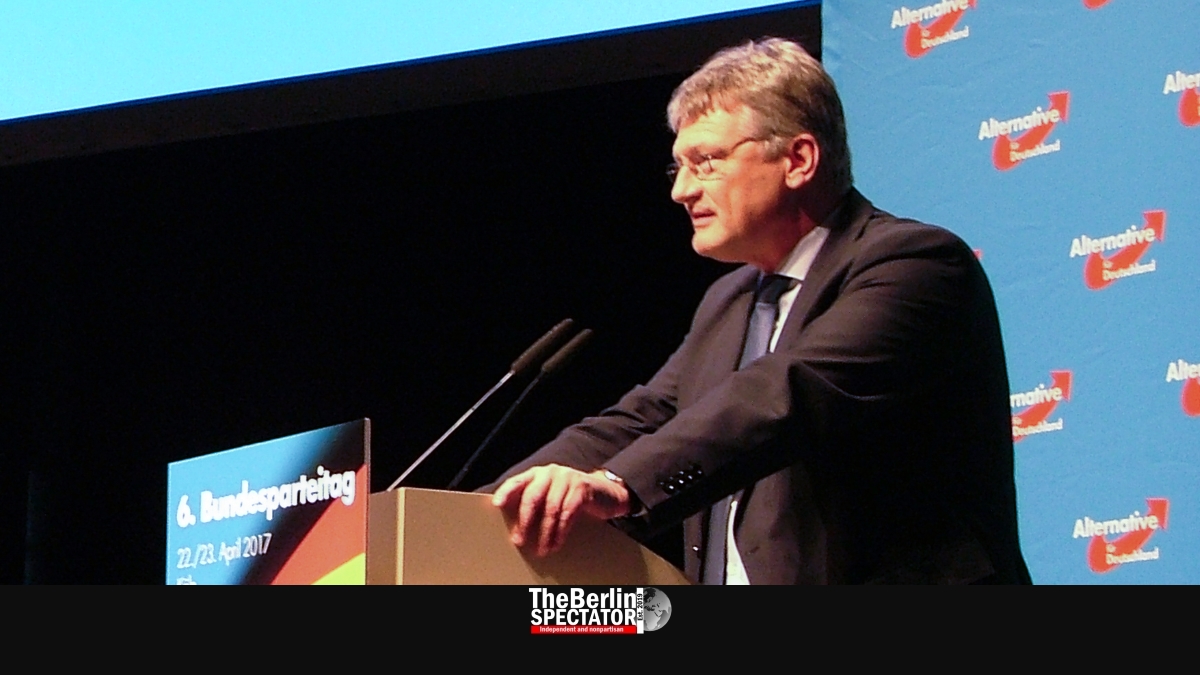 In Germany, the populist, right-wing party ‘Alternative for Germany’ (AfD) has to pay a fine of more than 400,000 Euro (452,000 Dollars or 346,000 Pounds Sterling) for receiving illegal donations. The administration of the Berlin Bundestag had taken that decision, German-language media reported.

Recently, the AfD was involved in a total of three party contribution scandals. The fine imposed today is connected to donations for the party’s chairman Jörg Meuthen and board member Guido Reil. In both cases, the Swiss advertising agency Goal AG sent those contributions.

Meuthen announced he would lodge an objection against the “illicit” decision. The AfD’s “complete rehabilitation” before the upcoming European election had been avoided on purpose, Meuthen said. His party intended to fight the decision at all levels, if necessary.

In Berlin, the Bundestag’s administration said, those donations were illegal. In both cases, the fine is three times the amount received.

The AfD will likely have to pay another fine for an even larger contribution from Switzerland soon. Recently, 132,000 Euro (149,000 Dollars or 114,000 Pounds) were paid to Alice Weidel’s district chapter at Lake Constance. Weidel is the party’s parliamentary group chairlady.

When the story about that contribution broke a few weeks ago, Weidel reacted by holding an aggressive speech in front of the Bundestag, blaming everyone else.

By law, parties in Germany are not allowed to accept donations from sources outside of the European Union. And they have to declare all contributions.

The AfD is part of the Bundestag and the parliaments in all 16 federal states within Germany. Migration is the party’s favorite subject and something it generally opposes.

Several prominent AfD members are known for contacts to Nazi groups. Recently, Björn Höcke, one of the leading AfD politicians in Thuringia, took part in a protest organized by Nazis in Chemnitz. He was joined by other party members.

Scandalous statements about Hitler’s Wehrmacht or Holocaust memorial sites have not lead to expulsions of Höcke or party leader Gauland.

Some AfD politicians keep on talking about a ‘Dexit’. By that they mean they want Germany to leave the European Union, unless Brussels adopts their often xenophobic positions.