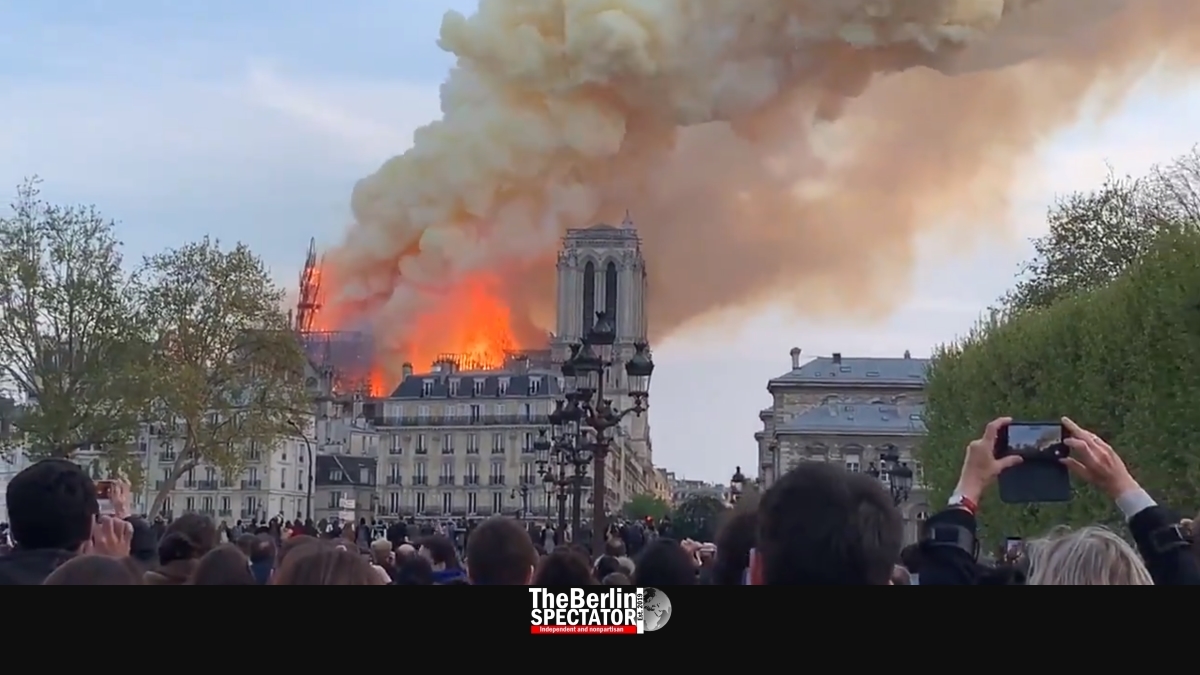 During the fire at Notre Dame cathedral in Paris, Germany’s President Frank-Walter Steinmeier said he had seen the footage “with dismay and sadness”. His thoughts were “with our French friends”.

In a statement, Steinmeier said he hoped as many of the cultural heritage’s parts as possible could be saved. Also he stated the fire fighters in Paris were on his mind. He hoped they would not get injured during “their selfless task” of extinguishing the fire.

Chancellor Angela Merkel said she was following “the events in Paris” with deep sadness. “I am sorry to see these terrible images of Notre Dame, the symbol of France and our European culture, in flames.”

Government spokesman Steffen Seibert posted Mrs. Merkel’s statement in French. Just like Steinmeier, she said “our thoughts” were “with our French friends”.

Berlin’s Governing Mayor Michael Müller also reacted to the fire in Paris, which is Berlin’s partner city. He said the footage of the burning Notre Dame was shocking. “The residents of Berlin empathize with Paris”, Müller said. He hoped France would be able to reconstruct “this unique cathedral. In our thoughts, we are with the Parisians.”

On Tuesday afternoon, Müller released another statement with his Senators Ramona Popp and Klaus Lederer. “Paris has been our partner city for 32 years”, it read. Intensive and fruitful relations between the French and German capitals had been developed. Those included cooperation in the areas of politics, culture, business and society.

The three authors of the statement had been deeply stirred by the photos of the Notre Dame fire. The damage done to the cathedral was “a big loss” for Paris, for France and all of Europe. Mayor Müller and Senators Popp and Lederer thanked everyone in Paris who had “acted quickly and courageously” in order to prevent more damage.

Müller asked Berliners to donate for the reconstruction of Notre Dame via the French website uploaded for this purpose.

“The burning Notre Dame pierces us to the heart”, Germany’s Foreign Minister Heiko Maas said. “Our thoughts are with the fire fighters as well as with our friends from France.” Maas stated he hoped that nobody would get hurt in the fire.

In Berlin, Minister of Commerce Peter Altmaier reacted by saying he was “desperate and sad” in the face of this catastrophe. “Faced with the immeasurable tragedy”, Germany and Europe stood with the French.

Austria’s Chancellor Sebastian Kurz tweeted the footage from Paris was “shocking”. A landmark, World Cultural Heritage and “one of the most beautiful structures in French history” was on fire. “We hope nobody got injured”, the Austrian head of government said. “Our thoughts are in Paris.”