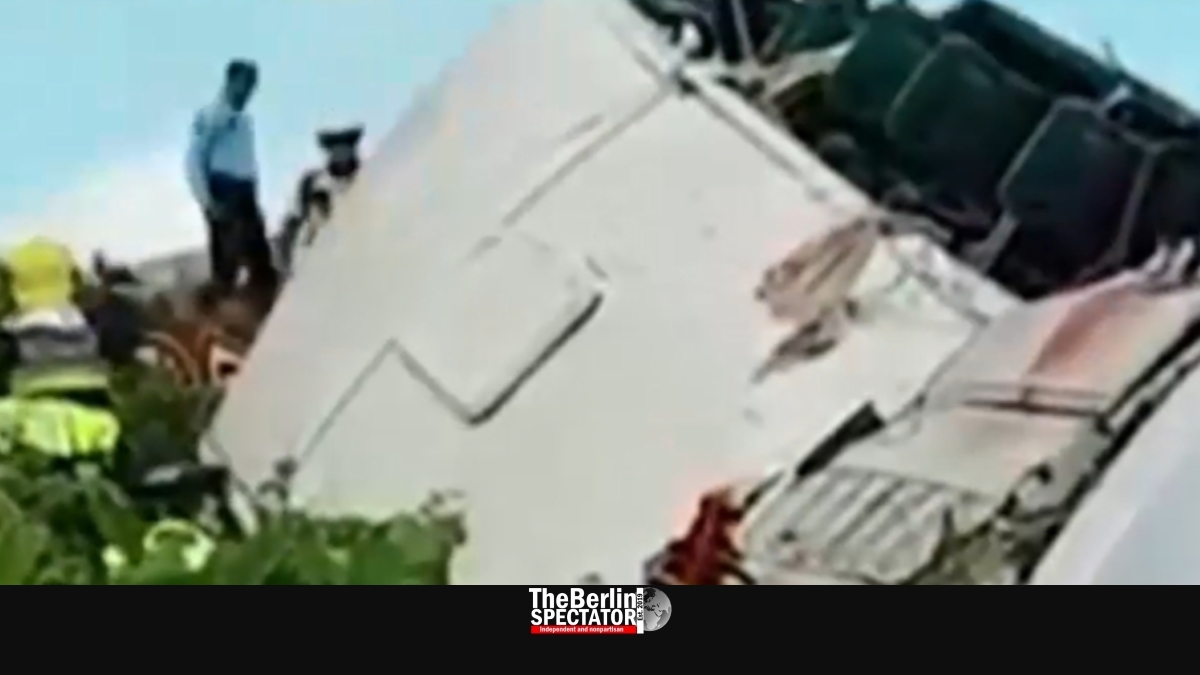 After yesterday’s bus crash on the Portuguese island of Madeira, in which dozens of mostly German tourists lost their lives, the Berlin government has become very active. Foreign Minister Heiko Maas is on his way to Madeira. He is traveling with doctors and psychologists who are supposed to help the survivors.

A total of 28 passengers of the bus died at the scene in Madeira on Wednesday evening. Shortly after, another tourist passed away at a hospital. The cause of the accident is not known.

It was shocking that the Easter vacation had become a tragedy for so many people, Minister Maas said. “Our thoughts are with those who are mourning their relatives and friends. We share their grief. I wish those injured a speedy recovery”, his statement read.

Maas stated he wanted to talk to victims and thank “the Portuguese friends” for their help. In the meantime, the German embassy in Lisbon is working on aiding the victims, in cooperation with the local authorities. The German government has installed a hotline relatives and friends of the victims can call. The number is +49-(0)30-50003000.

Chancellor Angela Merkel is not traveling to Madeira. Her mother died earlier this month. The funeral takes place today. In a statement Merkel said she was saddened and distraught. Her thoughts were with “our compatriots” and everyone else affected by the “terrible bus accident” in Madeira.

Merkel sent her “sincere condolences” to those who had lost their loved ones in the crash. She hoped the injured victims would be able to overcome the bodily and mental ramifications of the incident. Merkel also thanked the emergency crews and doctors who had helped at the scene under difficult circumstances.

António Costa, the Prime Minister of Portugal, condoled with Chancellor Angela Merkel. He had conveyed his sorrow about the accident, the Portuguese government said, while President Marcelo Rebelo de Sousa was going to talk to his German counterpart Frank-Walter Steinmeier today.

On Wednesday at around 6:30 p.m. local time, the bus left a hotel which accommodates many Germans as well as other tourists. Shortly after, the bus driver lost control in a curve, in which the bus left the road, overturned several times and fell down a hill.

In the past 25 years, many German tourists lost their lives in major accidents abroad. Those include the crash of Birgenair flight no. 301. In February of 1996, all 189 people on board died, among them 167 Germans, when the plane, a Boeing 757, went down in the Atlantic Ocean due to an ignored technical problem.

A total of 105 passengers and crew members died in the Concorde crash in July of 2000, along with four people on the ground. Most victims, 96 of them, were Germans.