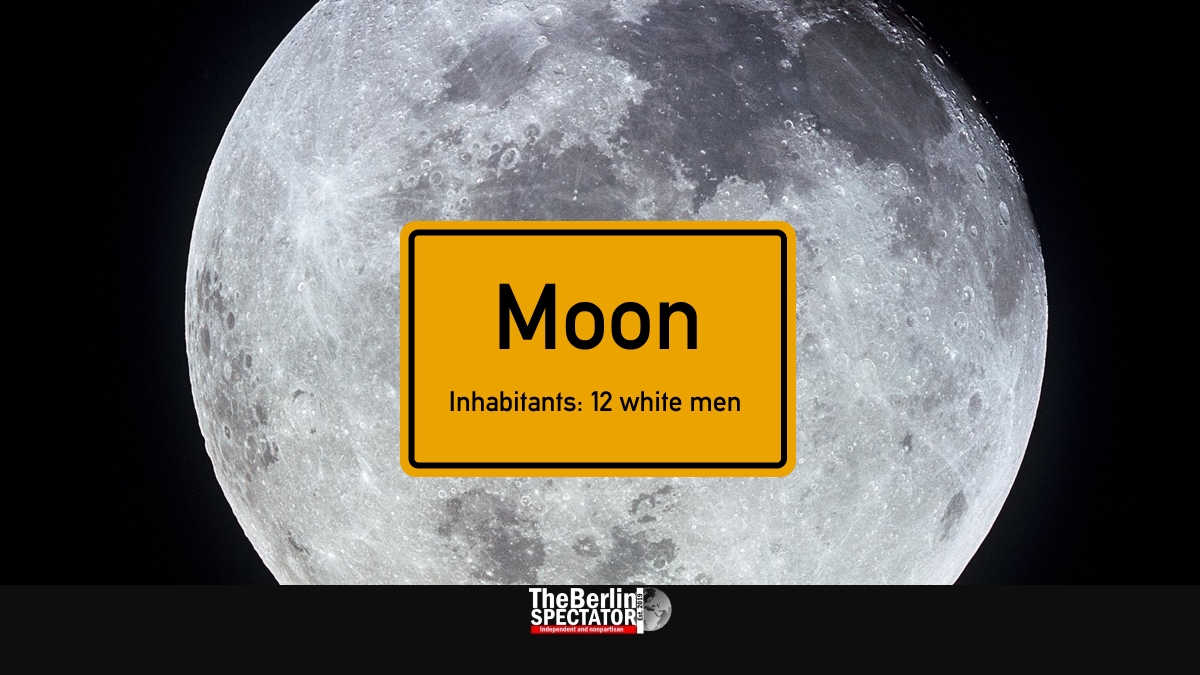 Fifty years after Neil Armstrong and Buzz Aldrin touched down on the surface of the Moon, someone has to say it: It would have been very different today.

Yes, Aldrin is a good man. So were the others. But they did send a bunch of white men up there. Today’s Apollo 11 mission would definitely have included women and the team would have been far more diverse.

A female African-American mission commander, a female Asian-American pilot and a Latino gay scientist could have been sent, to anger the Sultan of Brunei and all other homophobic leaders on this planet.

There is no question Armstrong and the other two guys did an excellent job up there. They were humble and said the right things once they got there. The “giant leap” and what not. To them, the endeavor was more about mankind than about America, even though the United States made it happen. Still, something was missing.

One or two women in the team would have made this stunning trip more complete and more convincing. The fact that a total of twelve white men were the only humans to step on the Moon, even until today, is a pathetic display.

The guys at Mission Control would not have been a bunch of white men either. Besides, they would not have smoked like chimneys. The amount of second hand smoke even non-smokers had to inhale in Houston back then must have been enormous, but we are getting off the subject here.

Was there a notable exception, back then in the 1960s? Yes. Katherine Coleman Goble Johnson, an African-American genius, did a lot of the math. Her calculations were critical to several NASA missions. Katherine Johnson is alive. In August of 2018, she celebrated her 100th birthday.

Would the political implications have been different, had the first manned Moon landing taken place today? Most likely yes. There is no Cold War, at least not officially. In the past decades, there has been a lot of cooperation between NASA and the Russians. Without them, transporting astronauts, cosmonauts or goods would have been impossible right after the end of the Space Shuttle era.

All of this probably means the first Moon landing, had it taken place today, would have been a multi-national endeavor. The Russians, the Europeans and possibly other nations with big space ambitions, such as the Chinese and the Indians, could have been involved.

What kind of effect would a Moon landing have today? In times dominated by autocratic leaders and populists who build their success on xenophobia, would it remind mankind of the fact that we are on this vulnerable planet together?

“The answer, my friend, is blowing in the wind.” But, whatever it is, the whole thing would have been more female, more diverse and definitely different. I insist.

Germany: Fears of another Drought and its Consequences