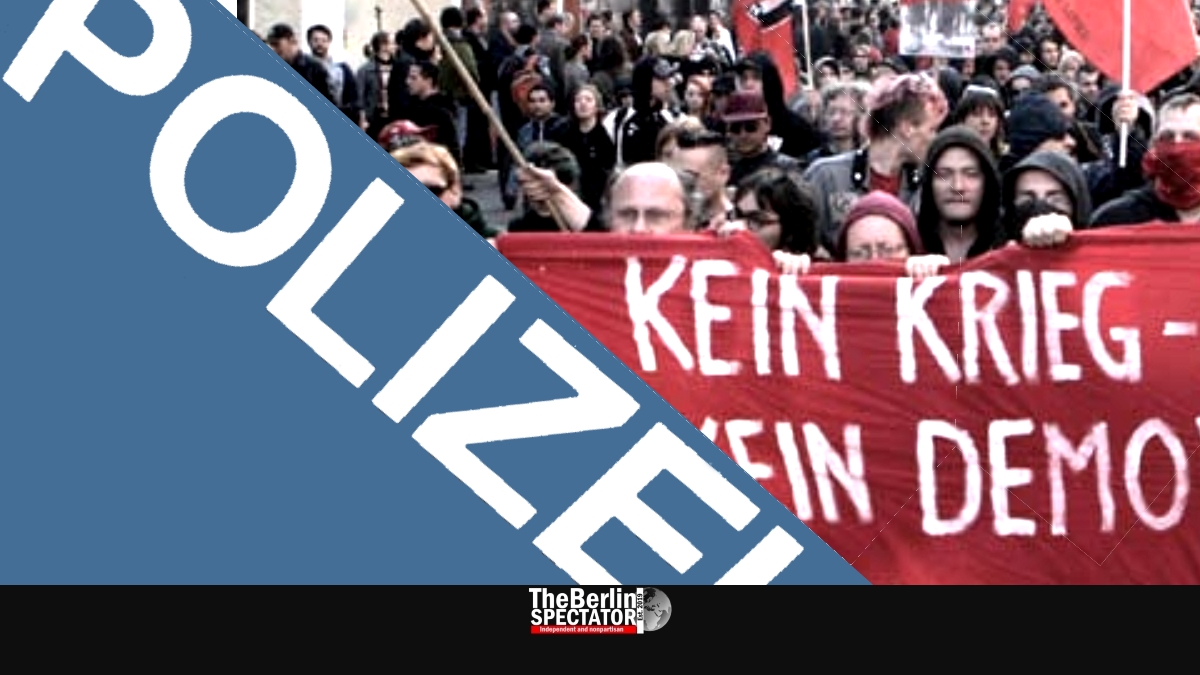 The Berlin Police Directorate has explained its strategy for May 1st to one German-language publication, a day ahead of a press conference on the matter, which was scheduled this morning. At 10:30 a.m., Berlin’s Senator of the Interior Andreas Geisel and Police President Barbara Slowik were scheduled to outline their plans for the critical day, while the ‘Berliner Morgenpost’ daily already published those.

Since Berlin’s extreme left has a history of violent protests on the European Labor Day holiday, which is being marked on May 1st, 300 additional officers were requested from other federal states. That way, a total of 5,500 officers will be dealing with several protests in the German capital. The Police Directorate is prepared for all eventualities. Deescalation and decisiveness when necessary are the main parts of the authority’s general strategy for May 1st.

A protest entitled ‘Revolutionary May 1st Rally’ will be allowed to take place even though it was not registered, police spokesman Thilo Cablitz told the ‘Berliner Morgenpost’. According to Berlin’s Public Meetings Act, organizing or taking part in unregistered protests is an offense. But since the Directorate knows which route the organizers have chosen, they will just let it happen.

Last year, that same demonstration was relatively quiet. But a few years back, participants have turned violent on many occasions. Nobody really knows what to expect this time around, but there are certain signs the Berlin Police Directorate is trying to read.

One advantage is that the radical left is fragmented and quarreled. Protesters who might intend to be violent will therefore act in smaller groups which are easier to control. Apart from the unregistered ‘Revolutionary May 1st Rally’, there are more events police will have to deal with:

All of this means that the Berlin Police Directorate will be extremely busy. The same applies to police forces in other parts of Eastern Germany, such as in Erfurt, where another AfD gathering is scheduled to take place. Some left-wingers might try to disrupt that event, which could mean that less protesters end up in Berlin. At the same time more police officers will be sent there and can not help their Berlin colleagues for that reason.

The Police Directorate does not necessarily expect the big ‘Revolutionary May 1st Rally’ to be violent throughout. But police are prepared for “spontaneous violent acts committed by individuals”. They will try to identify anyone who might set objects on fire or throw stones, but they might not arrest them immediately. That strategy is part of the deescalation approach which has been successful in several cases in the past.

In the past decades, those big protests always took place in Berlin’s Kreuzberg borough. This time it will be neighboring Friedrichshain, across the Spree River. The participants intend to march from Wismarplatz to Schlesisches Tor.

It is unclear how many radical left-wing participants will join the protest “against the city of the rich”. Police say protesters from abroad, including Italians, might join the event.

There is an aspect which fuels anger, not just among left-wingers, and in this case they do have a point: Berlin is going through a severe housing crisis and no end is in sight. Even the middle class can hardly afford the rents, which are skyrocketing. Thousands of Berliners can not find the apartments they need. It is unclear whether this point will lead to more violence than last year, when May 1st was relatively quiet, for Berlin standards.

As usual, there is criticism. Burkard Dregger, the chairman of the conservative CDU in the Berlin House of Representatives, said the decision to allow the unregistered ‘Revolutionary’ protest to take place was wrong. The event needed to be dissolved in case there was “an opportunity to do so without posing any danger to non-participants”, Dregger said. It was a scandal that the extremist left decided what was right or wrong. The Liberals criticized the Senator of the Interior as well.

Berlin is being ruled by a three-way center-left coalition consisting of the Social Democrats, the Greens and ‘The Left’. In the past decades, there has been violence on May 1st under both conservative and progressive governments.

The uncontroversial fact is that May 1st will be a challenge to the city state of Berlin, and in particular to the Berlin Police Directorate. Berlin is hoping for a more quite May 1st, with the exception of radical residents who want violence.