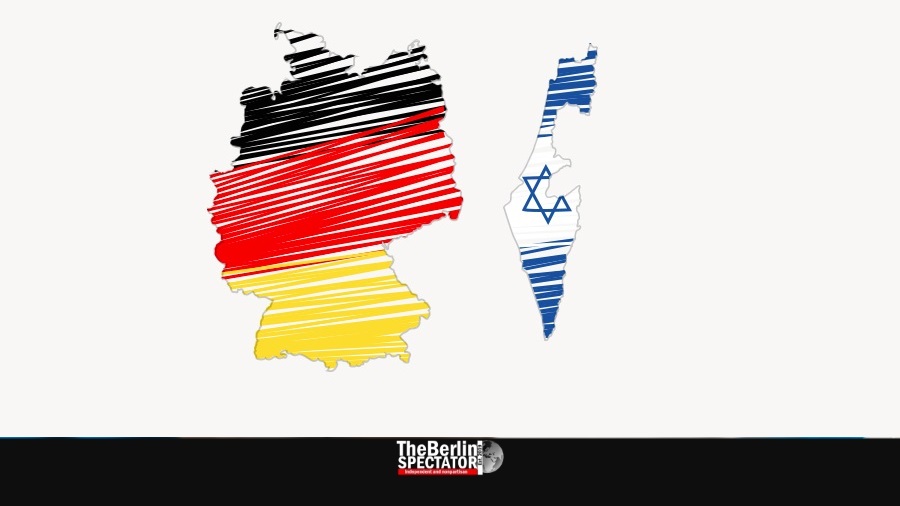 Hamas, the terror organization which took control of the Gaza strip not long after Israel pulled out of there completely in 2005, and which has turned the place into a terror haven, has started yet another war against Israel. This time Islamic Jihad, another dangerous terror group, partnered up with the attackers.

Israel, the tiny, predominantly Jewish nation, is reacting by bombing targets used for the hundreds of missile attacks of the past few days, and by striking leading members of Hamas. Just like any other country, Israel will not just watch its citizens being killed.

In Berlin, the Foreign Ministry condemned the rocket attacks via Twitter on Saturday in an unusually blunt and appropriate way. “Attacks on civilians are not justifiable whatsoever. Israel has the right to defend itself in order to protect its inhabitants.” Exactly.

Many were surprised to read such a strong condemnation from the German government, since things normally sound very different. Just like other European governments, Berlin usually puts Israel on the same level as the attacking terror organization, by saying “both sides” had to end “the spiral of violence” and what not.

But the surprise did not last too long. Only four minutes later, the Foreign Ministry backtracked, with a second Tweet which basically relativized the first one. All of a sudden, Israel seemed to be responsible for being attacked, yet again.

“We are very worried about the ongoing military conflict.” O.k., we all are. “Therefore we are calling on all sides to use restraint and uphold proportionality.” This Tweet by Foreign Minister Heiko Maas’ people raises several questions:

The German government applies double standards. All countries in the world may go after terror organizations they get attacked by. But Israel may not. Adding the adjective ‘weird’ to this kind of approach is more than appropriate.

Turning to German news publications instead does not help either. Some, such as the online version of the ‘Spiegel’ weekly, even increase the frustration caused by the ministry Tweet. “Netanyahu Orders ‘Massive’ Attacks on Gaza” the latest ‘Spiegel’ headline on the matter reads.

First of all, Israel’s security cabinet ordered the armed forces to intensify the attacks. Secondly, a pretty important part was missing in that headline: Why is Israel bombing Hamas? The subtitle does not really explain the situation either.

The raison d’état aspect Chancellor Merkel talked about in front of the Knesset seems to have been thrown overboard without notice, along with basic fairness, whenever Israel is being attacked yet again.