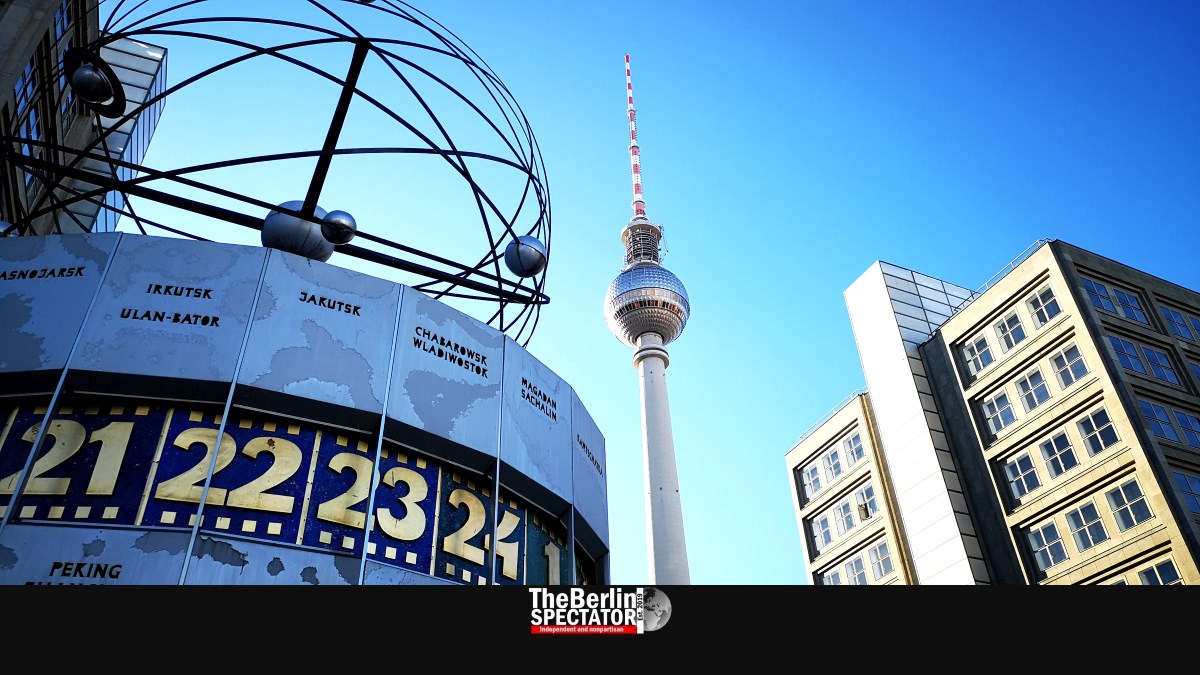 It’s good to be back after many years abroad. Sure, bashing the countries you live in feels good and most of them deserve it in many ways, including this one. But there are things in the country of Goethe and Schiller, of Bach and Beethoven, of Böll and Mann, of Brandt and Kohl, and yes, of some of the most evil characters in history, which work well.

The kind of democracy Germany has developed into since 1949 makes a lot of sense since the division of power between the legislative, executive and judicial branches works. So does the way power is being shared between Berlin and the provinces. This might not apply in all ways, but in most. Also this democracy is constantly being monitored by the opposition, by the press, by commissions and commissioners.

Germany’s constitution guarantees individual freedom. O.k., the equality part has obviously not been fully implemented, meaning men are more equal than women and western employees are more equal than those in the region of the former GDR. But the struggle continues and we will be getting there.

Over here, the press is free. You don’t have to sleep with the publisher in order to get your critical article out. There are no phone calls from Berlin at 3:00 a.m. when the government does not like the article you posted, the piece which exposes their BS to the entire country.

Freedom has certain limitations, both in a bad and a good way. Sure, the typical German bureaucracy and exaggerated rules might slow things down. But you can fight them in truly independent courts. Germany does not let mean cults hide behind religious freedom. The law does not let organizations or individuals incite people against this democracy or minorities, or deny the fact that the darkest chapter in the history of Germany, the Holocaust, happened.

Regarding the police, there might be issues now and then, but it works. When you have problems in certain Balkan countries, the police will not resolve them because they are part of it. Over here, you call the police when you are being threatened and they will be there in two minutes, actually helping you.

Consumers are being protected. In addition, Germany is at least trying to save the environment. Yes, I know, the recycling system seems to be bad, and the Transport Minister believes those who want a speed limit lack common sense. But this country is generally moving in the right direction. It is scrapping both nuclear and coal power. There are emission limits which are being monitored.

Germany has been, and still is, one of the main driving forces behind the European Union with all of its huge advantages.

To all of those complainers, and I don’t mean those who take part in discussions about certain subjects and disagree with some, but rather those who say they do not recognize this system, this government, and what not: What in the hell do you want? If you want a new government, elect it. If exaggerated nationalism is your pet issue, see what it has done to us and the world in the past 100 years. And then, if that doesn’t change your sick attitude, go to hell.

Yes, it’s good to be back. Do we have problems over here? Yes. Do things upset us? Sure. But, all in all, freedom and fairness prevail. Things work. And if they do not, we have ways to make them work. Amen.

The Berlin Perspective: ‘Happy Women’s Day. Could You Iron My…