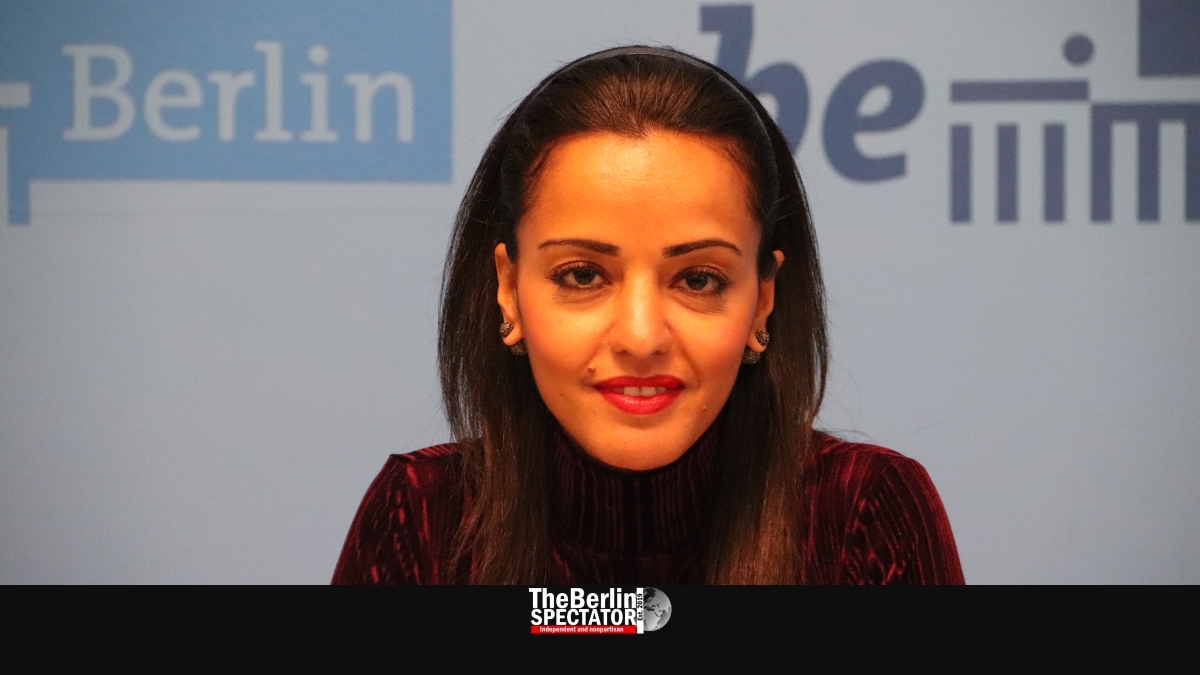 In Berlin, Sawsan Chebli, a rather prominent State Secretary at ‘Red City Hall’, has founded an initiative against antisemitism in the German capital, entitled ‘Do Something Against Antisemitism!’. It is part of Berlin’s ‘Work Group Antisemitism’ program, which was also started by Chebli.

This latest initiative is a series of dialogues, mainly with young people of different backgrounds, during which the issue of antisemitism is to be identified and discussed. Sawsan Chebli introduced two partners for this program. They are Susanne Krause-Hinrichs, the CEO of the Flick Foundation, and Dervis Hizarci, a Turkish-German activist who put up an impressive fight against antisemitism years ago.

“To keep on saying ‘Never again’ is not enough”, Sawsan Chebli said at ‘Red City Hall’ on Thursday. “We have to go forward in a more persistent way.” But Berlin was already active. “We will not just watch antisemitism spread further. It is poisoning our democracy”, she told a few reporters who had followed her invitation to a press conference.

The series of dialogues she announced is supposed to take place with sports clubs, youth organizations, schools and religious establishments. ‘Do Something Against Antisemitism!’ will take the dialogue “to the people, to where they are”, the initiative announced.

Jewish individuals, including Holocaust survivors, will be part of the discussions, as well as professionals experienced in the field.

Dervis Hizarci stated it was important to “cover a large spectrum”. It would be a challenge to discuss antisemitism where it occurred, he said. But it was equally important to talk to organizations which were already fighting this kind of hatred, and to encourage them to continue.

Susanne Krause-Hinrichs said one of the initiative’s goals was to raise awareness and encourage people to face up to antisemitism. People needed to know that antisemitism endangered the future of democracy.

State Secretary Sawsan Chebli, the initiator, is a controversial figure. In part this may have to do with her background, which might put her in a position of never being able to do things right for all groups of people she deals with at the same time, including other Arabs.

On the other hand, she seems to be creating some trouble herself, by twittering in an uncontrolled way, according to critics. This aspect is said to have angered even Berlin’s Governing Mayor Michael Müller, the German-language ‘Zeit’ weekly reported.

Within parts of the small Jewish community, Sawsan Chebli is being seen as anti-Israeli because of her Tweets, and because of the moments she does not tweet at.

For instance, when an Israeli Moon probe recently crashed, she twittered “No Moon and no peace”. This was interpreted as criticism of Israel, even though the country has agreed to virtually all peace plans put forward, as opposed to the Palestinian leadership, which has rejected all of them.

While Chebli comments on pretty much everything on her Twitter account, she said nothing about the latest Hamas missile attacks against Israel, during which several Israelis were killed. Many were injured.

She is the object of criticism from several sides. At the same time Sawsan Chebli keeps on receiving disgusting and deplorable hate mails and threats on a daily basis, the worst of which she passes on to the Berlin Prosecution.

Whether her latest initiative will be successful is hard to foresee. At the same time, all attempts of this kind are justified, many believe. The undisputable fact is that antisemitism is on the rise.

Just two days ago, Interior Minister Horst Seehofer said this development had to be taken “damned seriously”. In 2018 alone, the number of crimes connected to antisemitism increased by 20 percent.