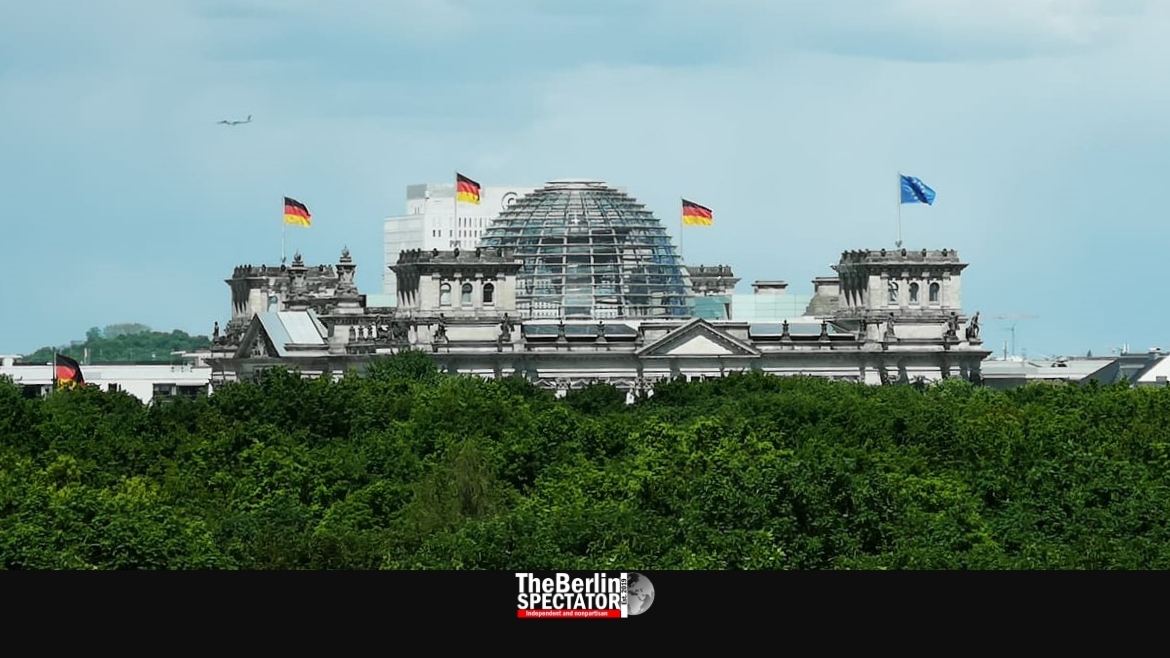 The Berlin Bundestag has condemned the so-called BDS movement as antisemitic today. A rare inter-party motion by the conservative CDU/CSU, the center-eft SPD, the Greens and the liberal FDP was approved.

‘Fight Antisemitism Decisively’ is the title of the motion. On two pages, it depicts a more than grim picture of the BDS and opposes its approach. “There is no justification for any antisemitic stance”, the motion reads. “Rejecting hatred towards Jews of any nationality is raison d’état.”

Antisemitism is one of the most disastrous forms of misanthropy “in the history of our country and in all of Europe”, according to the Bundestag decision. It continued to be a threat to both Jews and “our liberal-democratic order”. The latter is an expression taken from the German constitution.

The fact that antisemitism was on the rise was not acceptable, the motion reads. “Whoever vilifies people because of their Jewish identity (…) or questions Israel’s right to exist or to defend itself, will be confronted with our firm resistance.”

Also the text says Germany continued to be in favor of a two-state solution. The fact that the latter has been offered to the Arabs numerous times, and that they rejected all peace plans which could have lead to that kind of solution, is not part of the document.

But the decision does deal a blow to the BDS movement, e.g. by saying its attempt to boycott Israel, Israeli goods, Israeli artists and athletes was radical and caused a stigmatization of Israeli nationals and Jews. “The argumentation pattern of the BDS movement is antisemitic”, one of the most important sentences in the document reads.

The motion, which a majority at the Bundestag MPs voted for, also reads BDS stickers saying “Don’t buy”, which had been placed on Israeli products, had caused associations, by reminding Germans of the Nazi slogan “Don’t buy from Jews”.

BDS or other organizations with antisemitic views will not be supported, but the fight against antisemitism will. No projects which call for any boycott of Israel will be supported either. At the same time, the Bundestag is asking Germany’s federal states, cities and municipalities to follow suit.

In Berlin, the Central Council of Jews welcomed the Bundestag’s move. “The anti-Israeli boycott movement is finally being named as what it is, namely antisemitic”, the Council’s President Josef Schuster stated.

The organization ‘Werteinitiative’ welcomed the Bundestag’s decision as well. Chairman Elio Adler said freedom of speech was an important part of democracy. “Protecting it also means defending it against abuse.” Adler stated the BDS campaign acted by citing freedom of speech while attempting to destroy the state of Israel. He said the federal government now had to implement the parliament’s declaration of will.

Two other motions on the subject, one by the radical right-wing party ‘AfD’ and one by ‘The Left’ were not approved. While the ‘AfD’ called for a complete BDS ban, ‘The Left’ demanded a “peaceful solution” to the Israeli-Palestinian conflict.