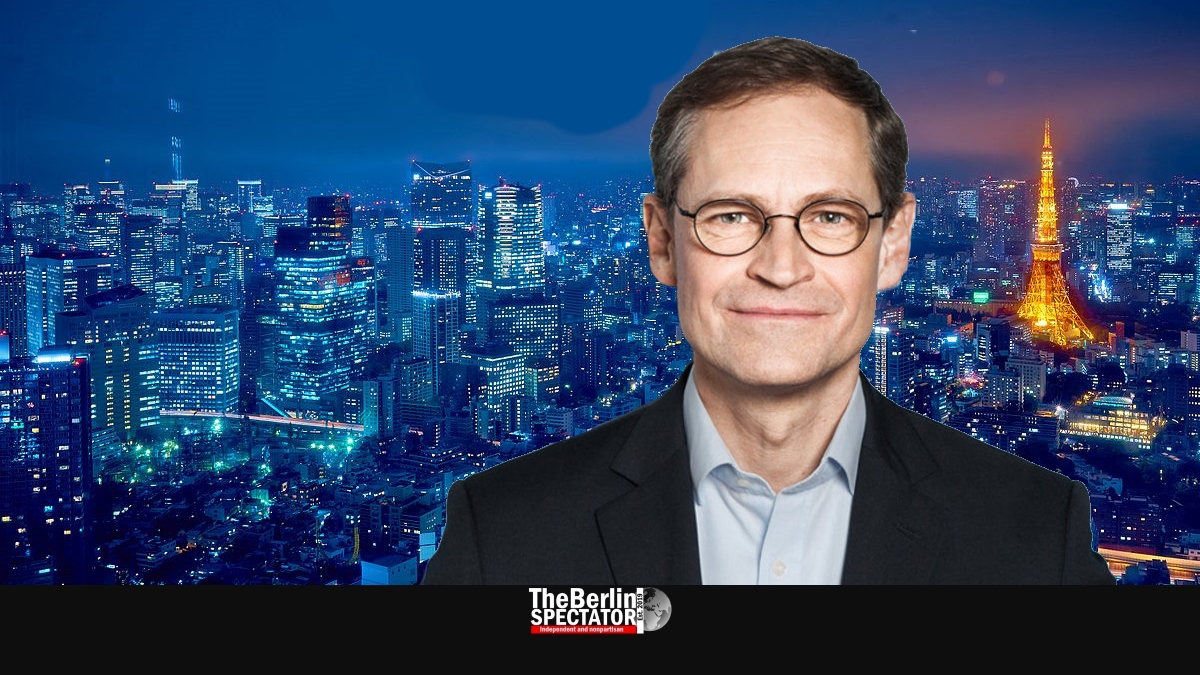 Berlin’s Governing Mayor Michael Müller will travel to Japan on Sunday, with a mostly economic delegation consisting of representatives of Berlin-based businesses of all sizes.

In Tokyo, Müller will take part in the ‘Urban 20 Mayors Summit’, the so-called U-20 Initiative, in which the mayors from the capitals of all G-20 states come together. Also the 25th anniversary of the sister-city arrangement between Berlin and Tokyo will be celebrated.

The U-20-Initiative intends to resolve global issues which affect large cities. With the other participants, Governing Mayor Müller intends to hand over this year’s U-20 communiqué to Prime Minister Shinzō Abe after the conference.

“In spite of the big distance, our partnership with Tokyo is very vivid and diverse”, Müller said ahead of his big trip. “There are a lot of aspects which connect us. Both cities benefit from the cooperation.” Politics and the economies were confronted with similar challenges, the Governing Mayor said.

He named the aging society and the digital revolution “which affects all parts of our lives.” Both cities were determined to make use of the cooperation even more. Therefore it was very useful to travel with thirty representatives of businesses and establishments, Müller said. According to him, promoting Berlin in Japan is one of the purposes of the trip.

In a statement, Müller stressed that leading cities like Berlin or Tokyo into a bright future required cooperation and learning from each other. He said cities needed to be heard on a national and global level.

For the anniversary of the partnership between Berlin and Tokyo, Müller will meet Yuriko Koike, the Governor of the Japanese capital, on Monday. Also he will take part in an economic conference entitled „Tokyo-Berlin: Common Challenges – Shared Solutions“, which was organized by the German Chamber of Industry and Commerce (IHK).

Müller will also look at city planning aspects during a walking tour through Tokyo. And he is scheduled to meet with the board of Mitsubishi Electric for talks. On Tuesday, the Berlin Mayor is expected to join the U-20 Initiative Summit. In addition, he will take part in a discussion round and visit the NTT Communications Corporation.

In five days from now, on Thursday, Governing Mayor Michael Müller will be back in Berlin, where he has a million appointments. The distance between Berlin and Tokyo is 8940 kilometers (5555 miles).