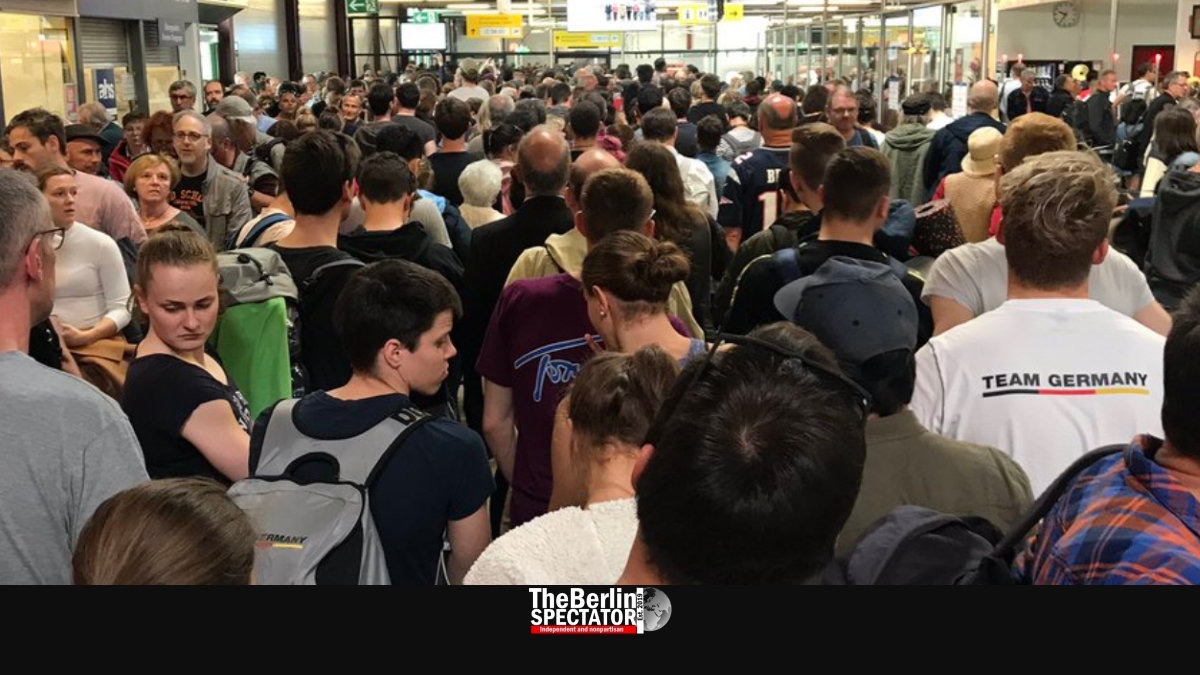 At Berlin’s Tegel and Schönefeld airports, passengers needed to bring a lot of patience on Monday. At Tegel Airport in the north of the city, going through security took a lot longer than usual, apparently because dozens of security officers called in sick.

Passengers in Tegel complained they had to wait up to an hour to get through. Some were afraid they would not reach their flights on time. They also said nobody had been there to fight the chaos which spread when hundreds of passengers attempted to reach the gates for their flights.

In addition, the information policy at Tegel Airport seemed to be a problem. According to passengers quoted in German-language media, there were no announcements about the reasons for the chaos.

The ‘Morgenpost’ daily reported there had been several sick calls at the Federal Police which had lead to issues and delays. Apparently, the police is talking to the security company responsible for Tegel in order to find a solution.

Tegel Airport itself, which has handled some 12 million passengers since this year began, made the Federal Police responsible by posting a Tweet saying passengers should contact them for any information on issues at the security control.

But the chaos at security did not seem to be the only issue. “I’m really sorry to say this, but Berlin Tegel is easily one of the dirtiest, most cramped, worst organized airports in the western world”, a passenger tweeted a few hours ago. “Very ‘un-German’. Yuk.”

As it turned out, there was trouble at Berlin’s Schönefeld Airport as well. Because of fierce thunderstorms in several parts of Germany on Monday afternoon, several flights were delayed. As a result, many flights which were scheduled to come back into Schönefeld from Eastern Europe arrived a few hours late.

Between 10:00 p.m. and midnight, a huge chaos at Schönefeld Airport’s passport control was reported by passengers. When Ryanair flight FR1149 arrived from Sofia, Bulgaria, only two police officers seemed to be working at the ‘Schengen Border Control’ at Terminal D.

While holders of so-called Schengen passports got out of there relatively quickly through two self-service lanes equipped with passport scanners, other passengers had to wait one hour and 20 minutes to get through the passport control only.

Many Bulgarian passengers complained about the fact that only two out of four passport control counters were open for a long time, and that the officers on site seemed to be working slowly, asking everyone questions about the origin of their flight, the purpose of their visits and the amount of money they brought into Germany.

It is not the first time the Federal Police at Schönefeld Airport seems to be understaffed. The same big chaos at the passport control has happened before, especially in the late evenings.

Berlin has four large airports. Tempelhof was closed to flights in 2008. BER Airport was supposed to be inaugurated in 2012. Seven years later, it is still not in service. Tegel and Schönefeld are trying to handle the growing number of passengers.