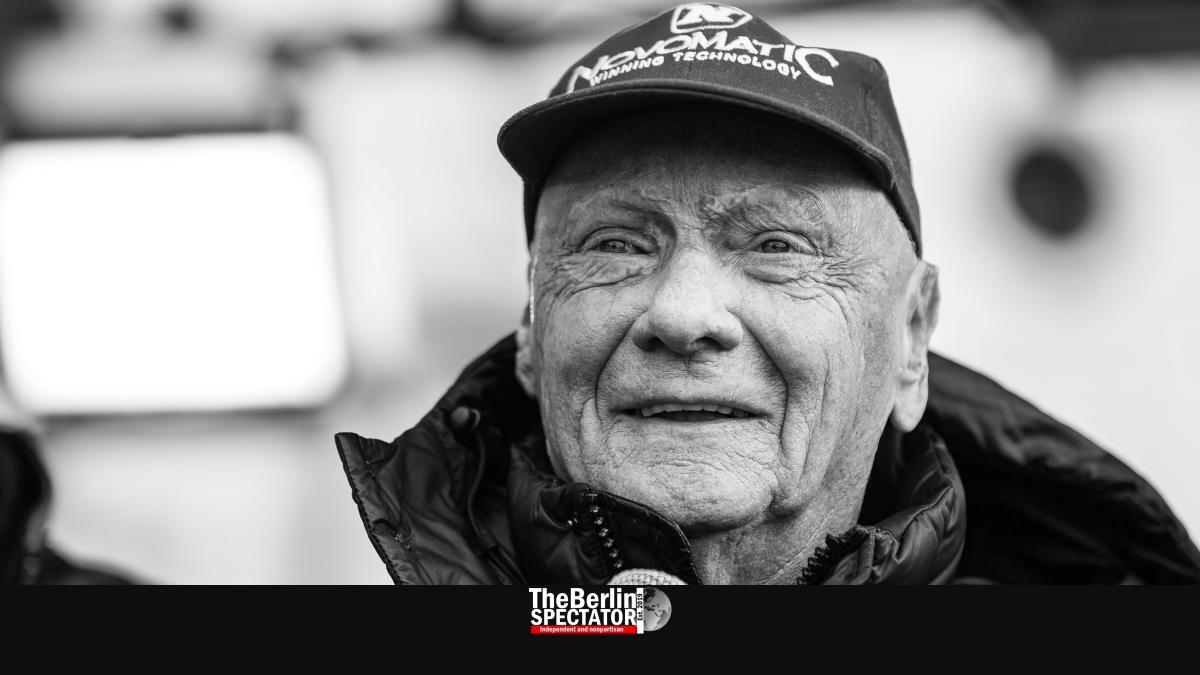 For Niki Lauda, the fastest Austrian on the planet, 1976 was a mostly terrible year. The fact that he was the undisputed champion on the Formula 1 tracks of the world, of course, was positive. But while winning all of those races, he had to swallow pain killers.

On his property near the Austrian city of Salzburg, he had an accident while driving a farm tractor. With two fractured ribs, he squeezed himself into his F1 Ferrari. Several races he drove must have felt like torture.

Then, on August 1st, 1976, his bad accident happened on the German Nürburgring racing track. His Ferrari malfunctioned, crashed against a wall and caught fire. Colleagues, some of whom had crashed into his burning wreck, tried to save him, but the flames had already engulfed the entire vehicle and Lauda in it.

It took 30 seconds until an emergency crew got him out of the inferno. During those moments, which must have felt like eternity in that fire, Niki Lauda suffered terrible burns. The ones in this face, which are still visible today, were bad, but not as dangerous as those to his lungs.

In the clinic, Lauda went through hell, as doctors pumped “the sh*t out of his lungs”, as Lauda put it. Four weeks after the accident, when anyone else would still have whined in his hospital bed, Lauda was back on track, in the truest sense of the word.

Much earlier, when Lauda told his family he wanted to be a racing driver, they refused to support him. His father, a rich business man, threw him out of his home. So Niki Lauda used his big family name to get a bank loan and bought his way into racing. From Formula 3 he advanced into the big league.

As a Ferrari driver, he became Formula 1 champion twice. Then he quit, saying “I don’t want to drive in circles anymore”, but did so anyway, when he returned three years later. With McLaren, he became champion yet again before finally quitting in 1985.

The 200 liters of burning gasoline he was sitting in on that terrible day in the summer of 1976 had consequences for Lauda’s health as recently as last year, when he had to go through a lung transplant. Then, a few months later, when he was still weak, he was taken to a clinic again when he had caught the flu. Everyone was worried sick, but he did make it.

Between races, Lauda did not just sit on the sofa, but entered the aviation business instead. He built up Lauda Air, an airline which competed with the big ones. One of his Boeing 767s crashed in Thailand when the thrust reversers suddenly came on in flight. As many as 223 passengers and crew died.

Lauda was always a pragmatist. As a Formula 1 racer he used to say he gladly would have taken other jobs, had he been good at anything else. This seems to mean he never wanted to be the big racing hero, while almost everyone around him did.

On a regular basis, including in recent interviews, he said he did not have friends, at least not the kind he could call 24 hours a day in case he had a problem. He also said not having friends was part of a protection mechanism.

‘Rush’ is the title of an excellent 2013 movie. It tells the story of Niki Lauda’s rivalry with James Hunt, the late Formular 1 hero known for his parties and affairs. Lauda and Hunt kept on chasing each other.

Niki Lauda, the Austrian champion, the loner, the investor, the pilot, was part of the board of directors of Mercedes-Benz’s Formula 1 division. To many, the star without friends seems like a friend. He has brought them suspense and good quotes. Also he is definitely a likable guy with a mind of his own.

Aftershocks in Austria: The Big Political Mess Drags On