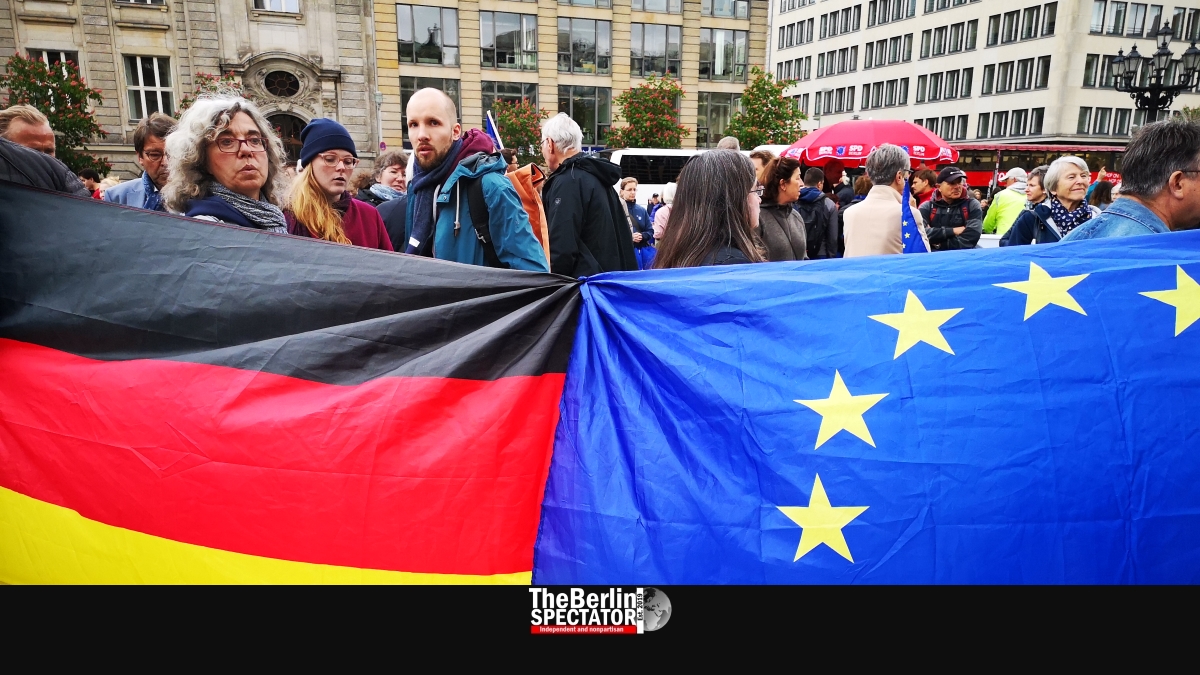 A day before the European elections take place in Germany and twenty other E.U. countries, wishful thinking is popular. Certain German publications which normally seem a lot more moderate that they were in the 1970s and 80s, snap back into their old patterns.

They openly dream of a victory for the conservative CDU in the city state of Bremen, where local elections are scheduled for tomorrow as well. Their calculation models are supposed to convince voters there is a chance for change.

In Bremen, the center-left SPD has governed for the last 74 years, with and without coalition partners. This time, the Social-Democrats might hit an all-time low. The conservatives are hoping a patient with chronic cardiac arrhythmia, the liberal FDP, will make it into Bremen’s legislative assembly. That way, a center-right coalition on the Weser riverbank could indeed become a possibility.

Regarding Europe, all democratic parties, including the CDU/CSU, the SPD, The Greens, ‘The Left’ and the FDP know this election is about defeating the radical right-wing populists. But with the election coming closer and closer, some sideswipes are unavoidable.

Culprits for expected defeats are already being sought, even before the big parties have faced their voters. There is a growing number of regicides who insist on changing faces at the top of their own parties.

In the CDU, more conservative members want to cut their losses and get rid of Chancellor Angela Merkel. Some voices say she needs to pack her bags and get out of the chancellery if the CDU/CSU alliance’s outcome is under 30 percent. For now, those heretics mostly say so on the basis on anonymity.

Within the SPD, things do not look very different, in this regard. All high-ranking party people know the European election result will be catastrophic. And many of them would love to get rid of chairlady Andrea Nahles.

“The result will not be good”, a member of the SPD’s party board in Hamburg told The Berlin Spectator. He said the party should hang in there and “make some changes”. A 15-percent outcome should be enough to replace Nahles with someone who has more charisma. Whether that will be enough for a renaissance in the foreseeable future, is another question.

At least the Greens do not need to worry too much, as they have taken over tens of thousands of former SPD voters. ‘The Left’ has partially lost its role as a protest party to the radical right-wing AfD.

In the end, the big question will be how much of the vote anti-European, populist haters will get and what the consequences will be if they do win big.

But there are some who worry about little irregularities and ask themselves whether they could jeopardize the election. Reports have surfaced about European citizens who have received two election cards and could therefore vote twice.

This applies to some individuals who have lived in more than one E.U. country and who have either taken part in European elections or in local elections as foreign nationals at some point in the past. There seems to be no European control mechanism for cases of this kind. Will the election result be legally contestable because of those irregularities?

In Berlin, Governing Mayor Michael Müller and his partners in the three-way left-wing coalition he is running asked residents to “vote for a Europe of Peace, Security and Freedom”. Müller said there was no going back to any Europe of individual states, since it would not provide answers to “the challenges of our times.”

Voters in Germany have the choice between 40 parties and alliances. Those include parties for animal protection, communists, parties for pensioners, women and ‘humanists’, but also Nazis. A satiric party called ‘Die Partei’, which is already part of the European parliament, rallied for “Coffee, Cake and Climate”.