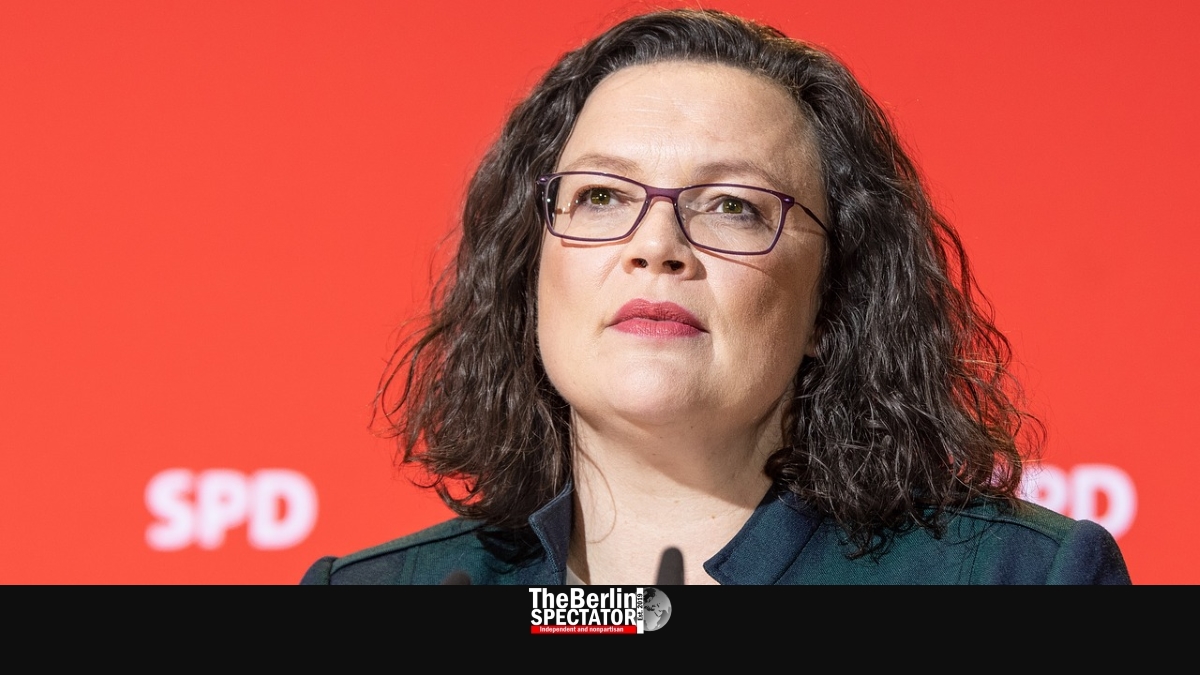 In Germany, the results of the recent European elections, as well as the elections for the legislative assembly in the city state of Bremen, have lead to the first big-scale resignation. Andrea Nahles, the chairlady of the Social Democratic Party of Germany (SPD) and its parliamentary group leader, stepped down.

She said she wanted to vacate both of her positions by Tuesday. Malu Dreyer, the governor of Rhineland-Palatinate, will be party leader provisionally until a successor for Nahles has been found.

Although Andrea Nahles is known to be intelligent and a hard worker, she was not the right person for leading the party, according to some colleagues. While she delivered political successes, those were not really credited to her or her party. Some of her performances in front of TV cameras were questionable.

On Sunday, Andrea Nahles stated she had taken over her two high positions in difficult times. Indeed the SPD, Germany’s oldest party, was already in trouble, judging from the plummeting number of votes it got in almost all elections, both on the federal level and in the provinces.

“We are working on putting the party back on its feet”, Nahles said in a statement. Also, voters needed to be convinced with new content. “Managing to do both is a challenge which requires mutual support.” In the past weeks, party colleagues had doubted she was still backed well enough inside the SPD.

In the European elections, the SPD had gotten only 15.8 percent of the vote, a week ago. It is now only the third-largest party behind Angela Merkel’s conservative CDU and the Greens. At the same time, the SPD lost the election in Bremen to the CDU for the first time ever.

Entering yet another grand coalition with Chancellor Merkel had been seen as a mistake by many SPD members, including Nahles herself. But two years ago, the party was pressured into it by President Frank-Walter Steinmeier, who is an SPD member himself, after the liberal FDP suddenly left the coalition talks.

A step designed to end a political crisis, joining Mrs. Merkel again, increased the SPD’s problems substantially. From a big-tent party, the SPD was degraded to a mid-size party within a decade.

Whether more political heads will roll anytime soon, including Chancellor Merkel’s, because her party lost quite big as well, is not foreseeable right now.