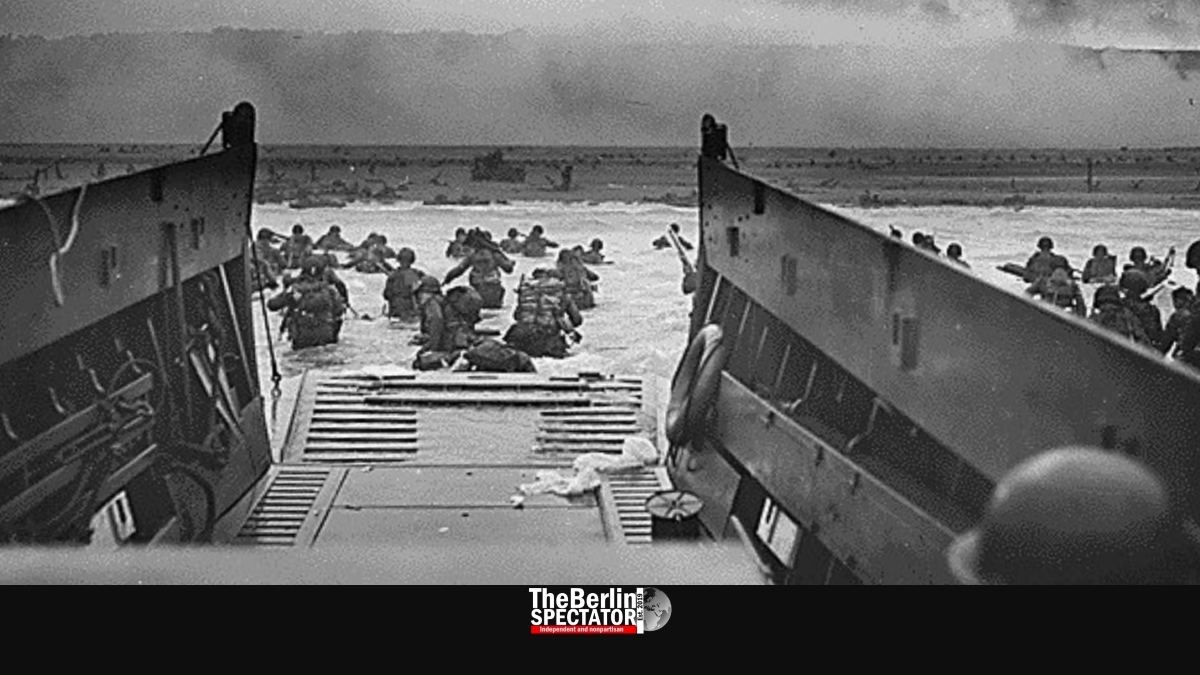 Seventy-five years ago today, on D-Day, the Allies landed in Normandy. The loss of life was huge. At least 10,000 American, British and Canadian soldiers died that day.

The liberators arrived in several waves. Led by General Dwight D. Eisenhower, some 150,000 soldiers took part. Once the beaches were liberated, the sea was red from all the blood.

D-Day was the beginning of the end of Nazi Germany. Europe needed to be liberated, fascism and genocide needed to end.

These are some D-Day quotes:

“Two kinds of people are staying on this beach, the dead and those who are going to die.“

“The sea was covered in blood and vomit and flies began to arrive by the thousands, which created another nightmare.”

“They’re murdering us here. Let’s move inland and get murdered.”

“We are not holding a goddamned thing. Let the Germans do that. We are advancing constantly, and we are not interested in holding onto anything except the enemy’s balls.”

(General George S. Patton, in a speech ahead of the invasion)

“We shall see who fights better and who dies more easily, the German soldier faced with the destruction of his homeland or the Americans and British, who don’t even know what they are fighting for in Europe.”

This is the end for Germany.

“The fate of the world depended on their success. Many of them would never return, and the heroism, courage and sacrifice of those who lost their lives will never be forgotten.”

“Seventy-five years ago today, D-Day marked the beginning of the end of the Nazi’s terror. We commemorate the victims who were killed in action. D-Day is a reminder. We have to do everything to defend peace and freedom in the world.”

“Your task will not be an easy one. Your enemy is well trained, well equipped and battle-hardened. He will fight savagely. But this is the year 1944. The tide has turned. The free men of the world are marching together to victory. I have full confidence in your courage, devotion to duty and skill in battle. We will accept nothing less than full victory!”